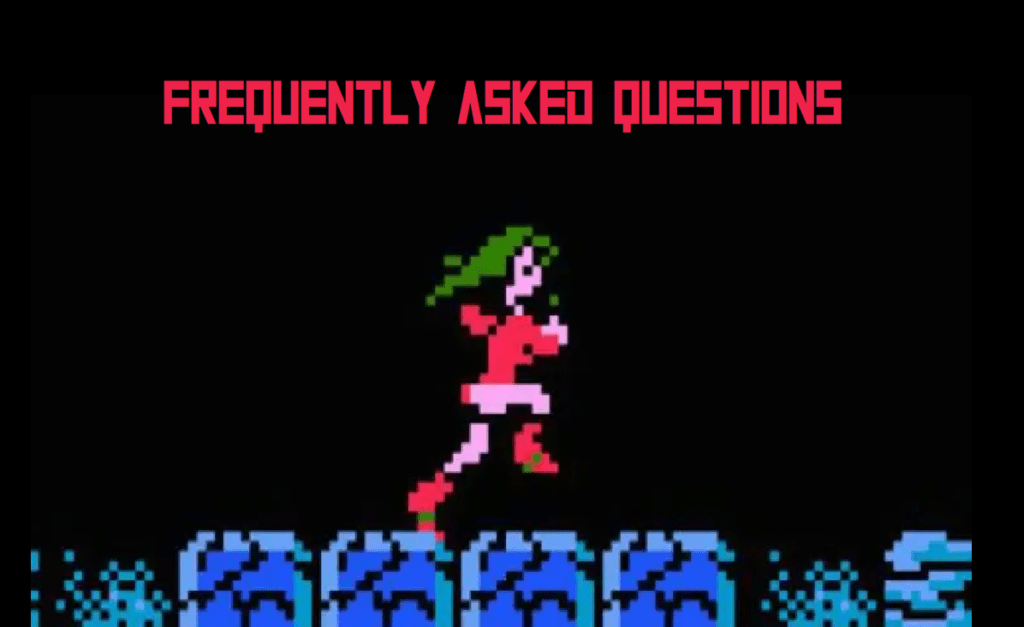 So what’s your story?

So, originally, I wanted to write this FAQ answering as the “website” instead of answering as myself, but it felt too impersonal, so instead, I’ll introduce myself properly. My name is Andy Spiteri. You may have heard me on the Omega Metroid Podcast. I’m from Calgary, Alberta, Canada and have been a lifelong Metroid fan. I actually serve as the Editor-in-Chief of Zelda Dungeon (Zelda is my other true love) as well as host a Zelda themed podcast, The Zelda Cast. I wanted an outlet to talk about Metroid in the same way I was able to talk about Zelda, and from that, the Omega Metroid Podcast was born, which has now evolved into OmegaMetroid.com!

Why start a Metroid website in the age of Wiki’s? What makes this site different from the other dedicated Metroid sites out there?

Good question! Certainly not to get rich, I’ll tell you that! There were two big reasons why I started a website; the first is somewhat selfish: I wanted to see if I could do it. I’ve had experience in doses designing and building websites, but I wanted to challenge myself to create something really cool and from the ground up. I think I’ve done that with this website, and for that, I’m proud!

The second reason was to give back to the Metroid community. There are a lot of dedicated Metroid sites that do a lot of things really well – Metroid Database is a wonderful place to see the history of the franchise with their archived content; Shinesparkers does a pretty good job of highlighting certain members of the community; Metroid Recon was the original go-to for strategies and tips; and on and on – so I wanted to build off that and create something for fans that had everything. I wanted Omega Metroid to be an amalgamation of all the things these sites have done right over the years – offering the best walkthroughs, maps, opinions, news, fan creations, podcasts, etc. – while infusing it with something that Wiki’s just don’t have – heart. That may sound lame, but I wanted to create a place where there was a real community of everyday Metroid fans that wanted to have fun and discuss and enjoy the series together, with no toxicity or gate-keeping, by engaging Metroid fans and really giving the keys to Omega Metroid to them.

How did you meet the rest of the Omega Metroid team?

As I mentioned, I host a Zelda podcast. Originally, I wanted to find an existing weekly or biweekly Metroid podcast to form a promotional network with and maybe be the occasional guest on. When I found there wasn’t an existing dedicated Metroid podcast (at the time), I decided to start my own. I posed the question in Discord, asking if anyone would be interested in undertaking this with me, and Dakota Lasky answered the call. We had never met, never spoken, but agreed to do it, and what a ride it’s been. Along the way, we met great friends like Doominal, Isabel (Metroid 35), Kiwi, Big Griff, and so many more. That’s truly been the best thing to come of this podcast project!

What’s up with Patreon, why are you going that route?

Well, as my peers who also run Metroid sites will probably tell you, nobody makes a Metroid fansite to make money (laughs). This project is kind of a money sinkhole actually, with lots and lots of costs associated with the podcast and especially the website. The goal of the Patreon is to hopefully try and lessen the dent while providing our fans with some cool bonus content and your own “Team Omega” platform!

How do I get my Metroid projects featured on the website?

To all the Metroid content creators out there – you guys rock! We would love to feature your work, whether it’s YouTube videos, cosplay, artwork, music covers, products for sale, whatever, we’d love to share and point people towards where they can check you out. For the best results, you can also DM us over on Twitter (@OmegaMetroidPod) or use the Contact page to get in touch.

Do you accept guest articles? What can and can’t I write about?

Under the right circumstances, we do, but the general rule would be no. The optimal way to see your thoughts published is to join the team and get trained in how to do this kind of stuff. As for what you can write about, the same general rules as our Discord apply. Give your Metroid opinions, even controversial ones, but anything with a hint of racism, sexism, or just lack of respect towards others in general will not be tolerated.

Yes! Well, okay, maybe not Federation Force, but the plan is to create walkthroughs for every mainline Metroid title eventually. As you might imagine, creating walkthroughs takes a ton of time, and I’m just one dude, so the process of rolling them out might be slower than you (or I) would like, but the plan is to have a detailed, 100% guide for everything (yes, even Other M).

What did you use to make the maps?

I used MS Paint like it was 1998! Even the Dread map was done using Paint, although I had some assistance from my buddy Corey Richmond who lent me his photoshop prowess to speed up the process a bit. I can’t put over enough what an inspiration and genius FalconZero is to my maps – and heck of a nice guy too!

What is the best way to be involved in the Omega Metroid community?

The best way to be involved is to simply be a part of it! Join our Discord, follow us on Twitter, comment on the posts on the website, join Patreon if you can – we love to see it all and have made a ton of great friends from members of the community!

I want to join the Omega Team. What’s the best way to do that? Do I have to be good at writing?

The best way to join the team is to fill out this Volunteer questionnaire. As for writing, I get this question all the time, and I’ll stand by this until the day I die – passion for the series, in this case Metroid, will outweigh technical writing skill every time! Writing is just that: a skill, and like any skill, it can be improved over time and with help. Not only that, but there are so many different ways that you can join the team that don’t involve writing at all!

Do you do interviews on Omega Metroid?

We don’t actively seek them, but don’t actively avoid them either. The podcast was built on a “no guests needed” rule, which has evolved over time to certainly feature guests, so if the right opportunity comes along, than yes!

How do you manage to release a weekly podcast on a franchise that doesn’t get a lot of releases?

I get this question a lot. You need to be creative, you need to be willing to try ideas, and you need to able to tell people how to build a watch when they ask what time it is.

Do you accept ads on the Omega Metroid Podcast? How about the site?

Again, we don’t actively seek them, but don’t actively avoid them either. If the right opportunity was available, we would be open for discussion. The best way to talk ads is to reach out to me privately (andy@omegametroid.com).

What lessons have you taken from Zelda Dungeon and applied to Omega Metroid?

My Zelda Dungeon experience has greatly shaped the inspiration for Omega Metroid. I wanted to replicate the incredible sense of community that ZD promotes, both with its staff and through our collaborative efforts, and bring that same kind of passion to the Metroid community. As far as technical prowess, ZD has been essential in teaching me how to use site building software, proper formatting, and the value of consistency. I’m grateful to Mases, Rod, Alasyn, and the rest of the team every day, and you can definitely see the influence of Zelda Dungeon in Omega Metroid.

How did you become a Metroid fan anyways?

Like many people, Super Smash Bros. for the N64 was my gateway into Metroid. Though I knew most of the gang (Link was of course my favorite), I was immediately taken in by this badass looking cyborg who happened to be a bounty hunter. She also happened to be a girl, which blew my 11-year old mind since the posterchild for female gaming icons at the time was Lara Croft. I immediately knew I had to play this Metroid series, so I convinced my Dad to take me to find a copy of the latest game in the series – Super Metroid. We drove around the city and eventually found a little mom-and-pop convenience store that still rented SNES games in 1999. Super Metroid was there, and instead of paying $5 to rent it for a week, we paid $10 to just buy it. The rest was history!

What is on the horizon for Omega Metroid?

Tons of cool stuff! We have a pretty cool contest coming out soon, as well as new guides, fan projects, and more! I want to keep a lid on most of the stuff we’re doing until it’s ready to be seen, but there will be a lot to look forward to!

You can check us out here:

As of right now, no plans for Facebook. Even though it’s the biggest social platform in the world, I think Facebook as a company sucks, so for now, will be sticking to Twitter, Discord, and Youtube. Twitch is something that we could definitely consider down the road, but for right now, check out all the team members individually on Twitch.

What is your all time favorite Metroid game?

I love all my children equally, c’mon now.