Here you’ll find the location for every Missile+ Tank in Metroid Dread, as well as detailed explanations on how to get them and what powerups you’ll need.

To the right of the Save Station in the far left corner of Cataris, you’ll see a small tunnel, so jump up and start rolling! In pretty plain sight, you’ll see MISSILE TANK #1, which grants you a whopping 10 missiles! 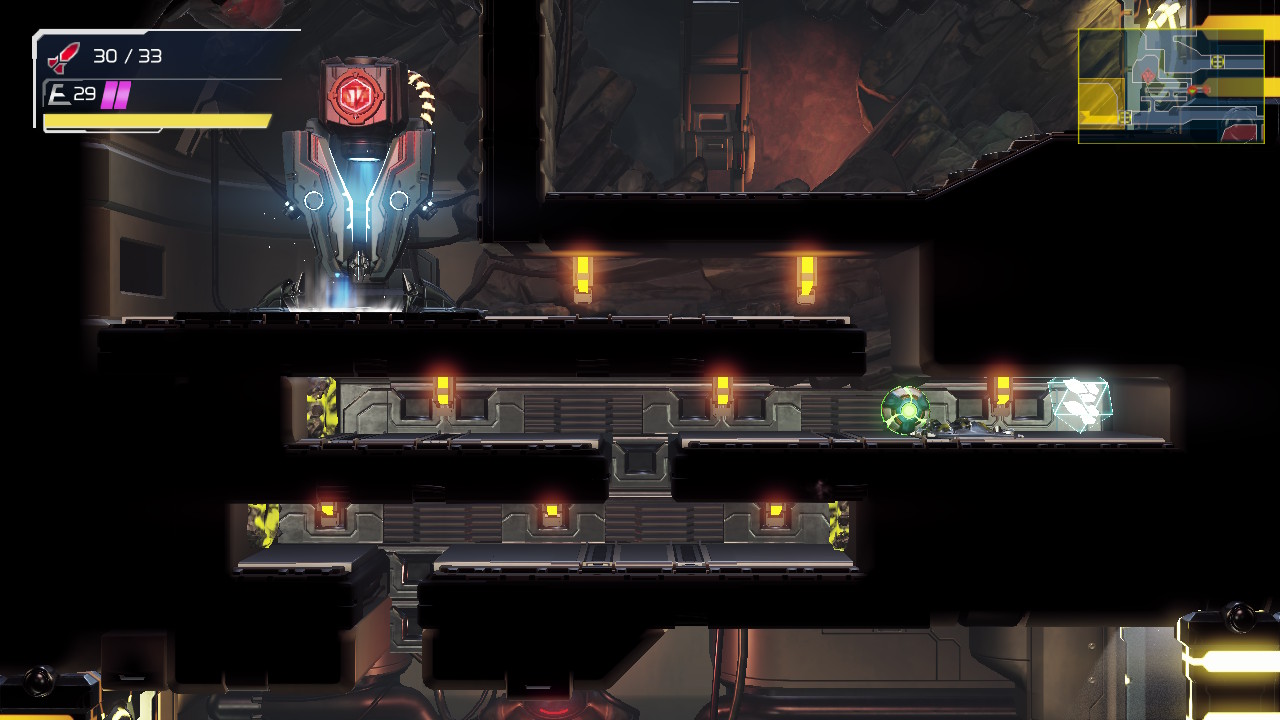 From the room you got the Varia Suit in,  go through the door on your right and drop down. Take care of the enemies in this  room and then get ready to do something crazy. Below you, you should see a missile tank submerged in lava. Now, common sense would tell us to come back later with the Gravity Suit, but I’m gonna encourage you to live dangerously and get it now. You should have three Energy Tanks, so make sure they’re all full and then as quickly as you can, roll underneath and grab MISSILE TANK #2. For the love of God, don’t dilly dally! You should roll out with a tank/half tank of life left, and I promise you those extra missiles are gonna come in handy. 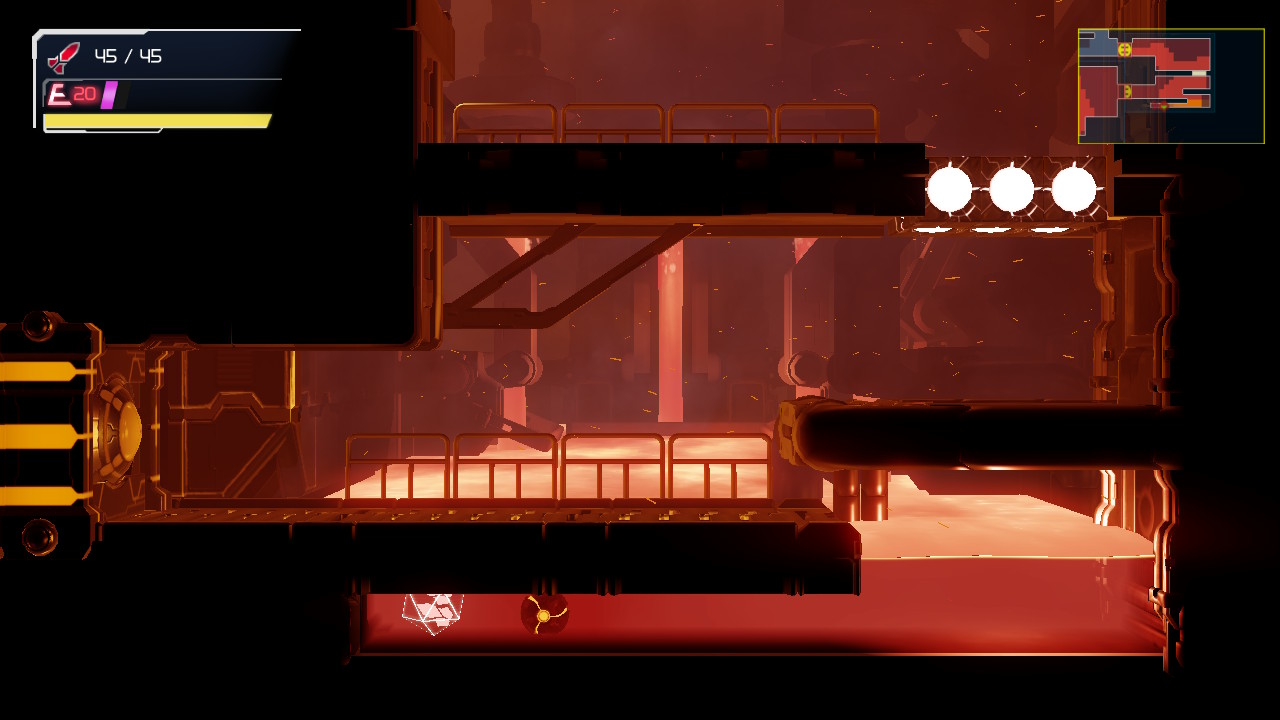 Drop down, going past the submerged spider rail, climb up and STOP! There’s a big drop off after this point, and there’s an expansion here, but you’ll have to angle yourself correctly to get it. Drop and immediately push towards the left as much as you can. You’ll be in water, falling fast, but if you pushed over enough, you’ll land on a small platform housing MISSILE TANK #3. Score! 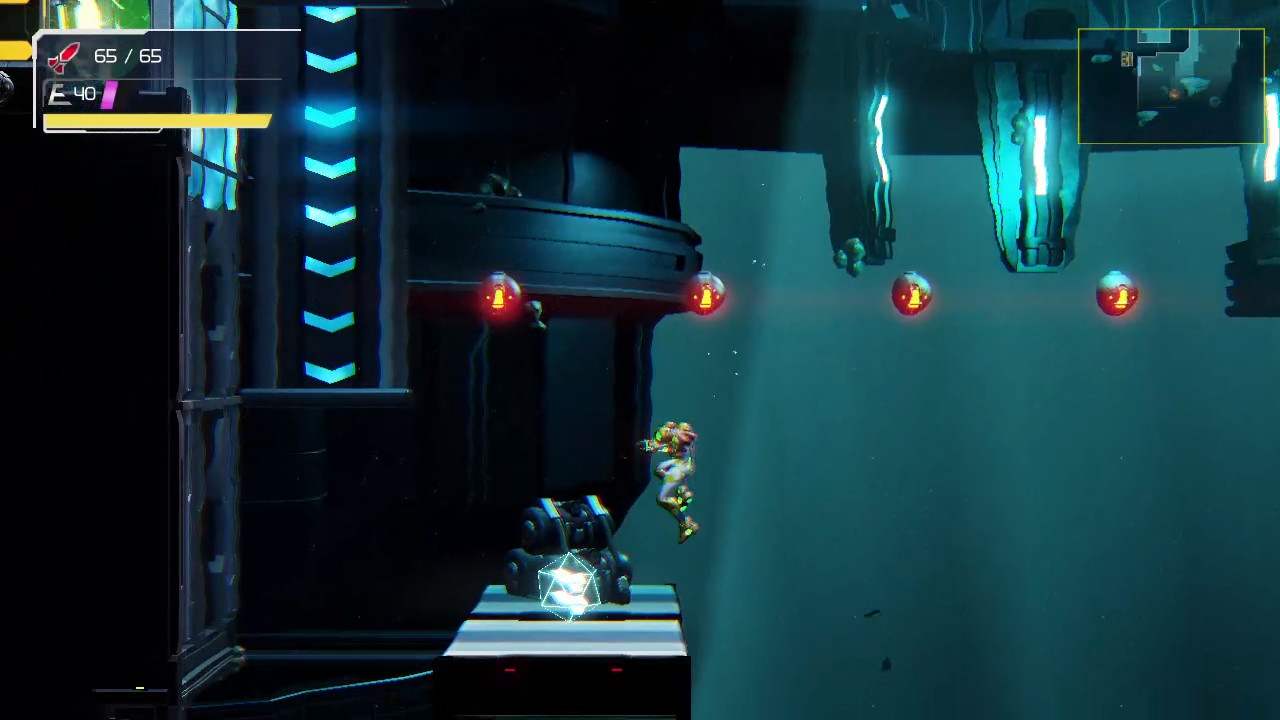 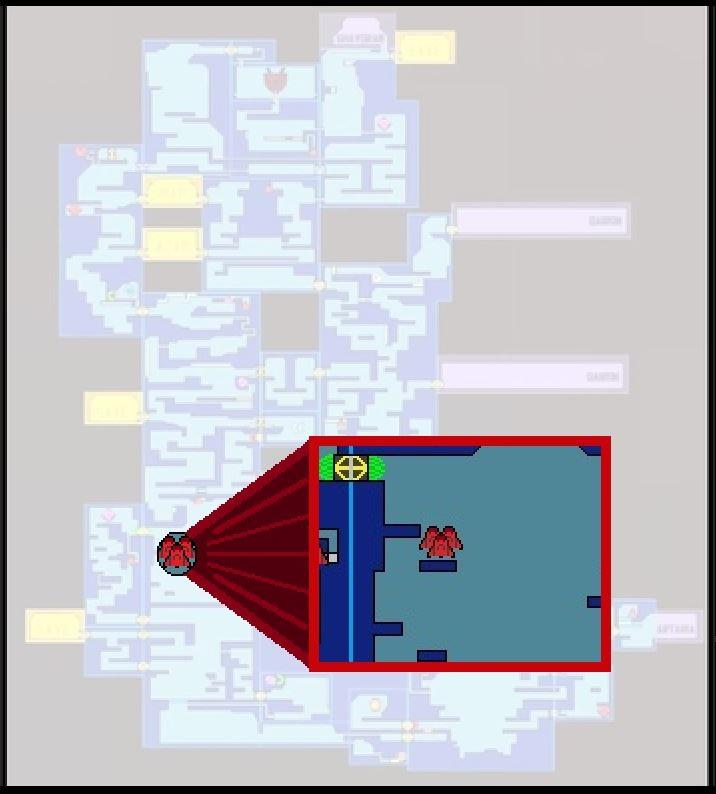 You’ll need to trigger your Speed Boost, run straight towards the right, jump, exit the E.M.M.I. Zone, keep running, wall jump and then quickly slide into the next room. You’ll want to wall jump to keep your momentum for consecutive floors, and then you’ll go crashing through a wall to get MISSILE TANK #4. I know that description probably didn’t do much for you, so check out Shinespark Puzzles to see a video and get a better idea of how to pull this off. 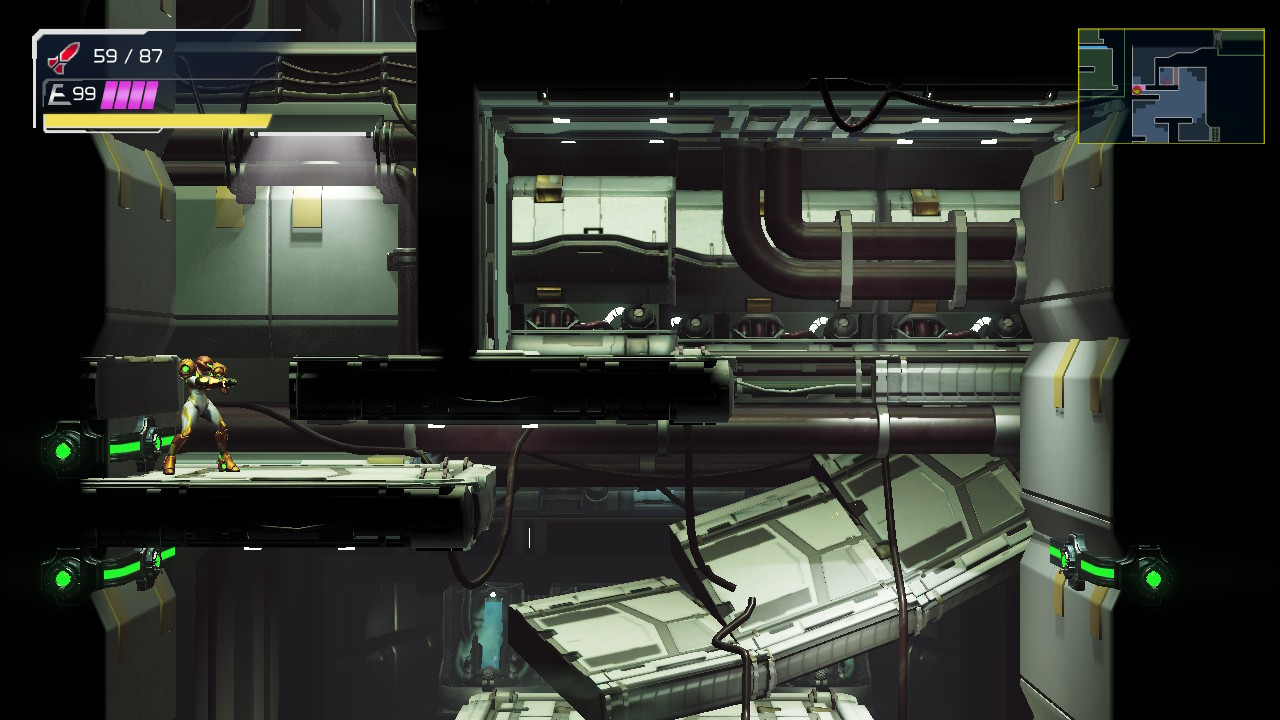 Go into the Dairon elevator room and start Boosting towards the right and through the door. Crouch and charge your Shinespark, and then quickly jump up, shoot the bricks, slide down, and activate your Shinespark midair to the right to grab MISSILE TANK #5! As always, be sure to check out Shinespark Puzzles and Special Abilities for info on how to perform midair Shinesparks. 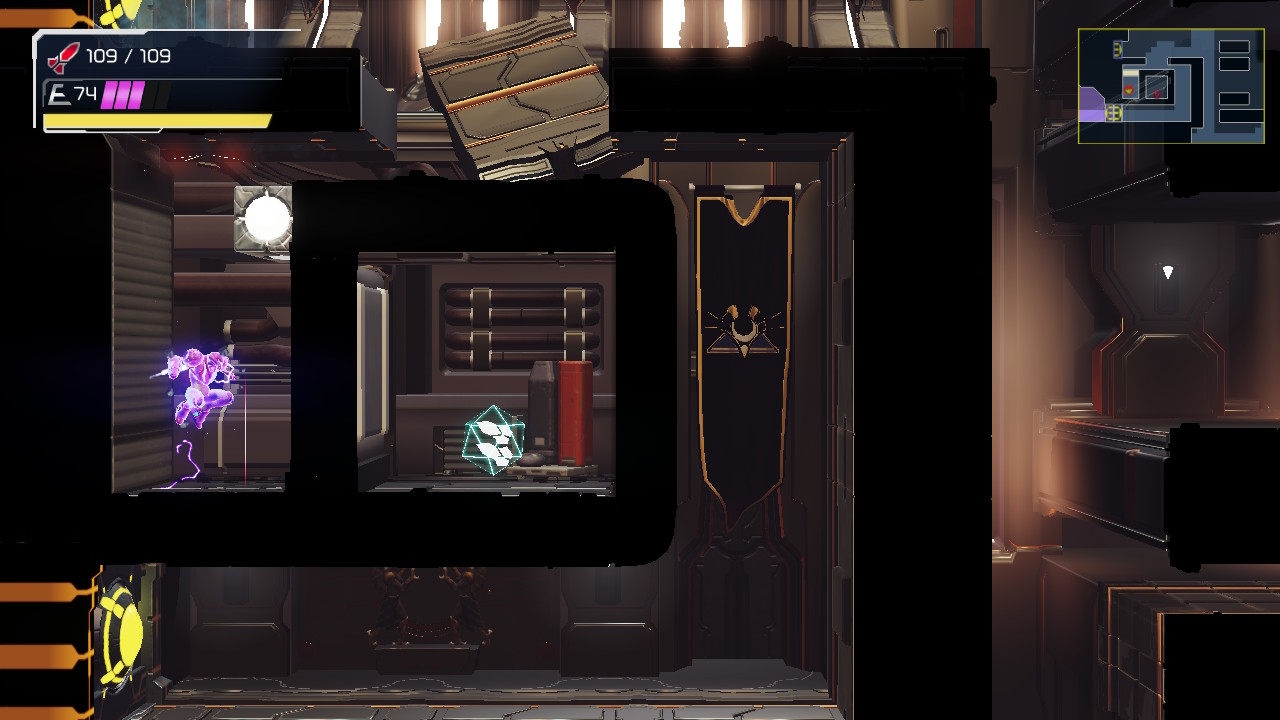 When you reach the top of this room, you’ll see some spider tracks above the wall. Jump up and shoot a missile at the far left wall and you’ll see a tunnel become visible. Quickly Flash Shift twice to the ledge over the shutter so you’re grabbing the edge of the tunnel (the ground after the shutter is actually made of pitfall blocks, so avoid those). Roll through and grab MISSILE TANK #6. 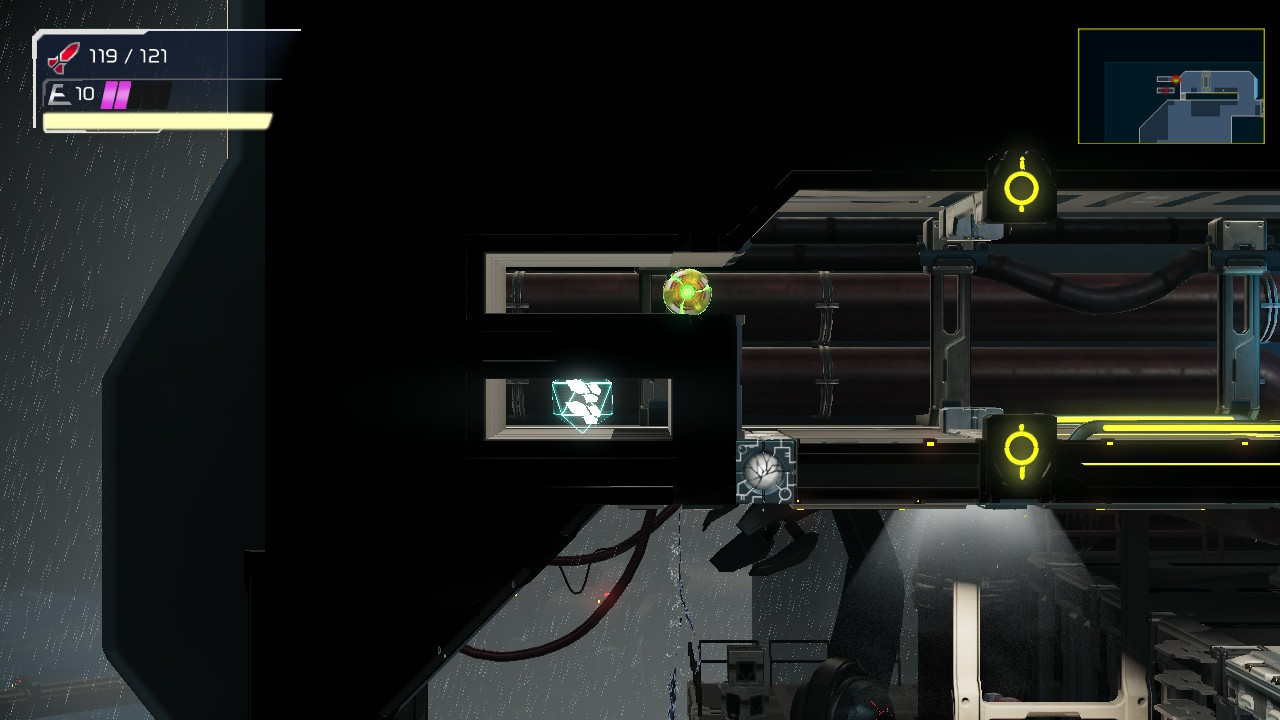 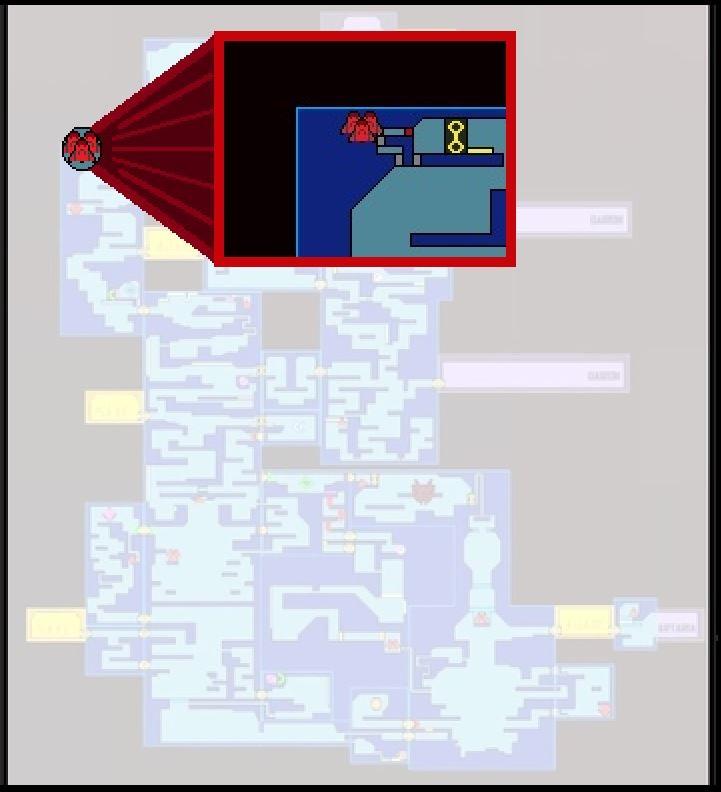 You’ll see a small tunnel that’s just out of reach. The game intends for us to come back later with the Spin Boost or Space Jump in order to access the prize up there, but we can actually grab it now without too much hassle. Get underneath the tunnel, just over enough so you’re not directly under, but close enough that you can easily slide over once we’re in the air. As a ball, jump up and lay a bomb. When you fall, immediately jump up and lay another bomb, while at the same time, your first bomb should explode, shooting you higher. You’ll need to bomb jump only about three times in succession in order to reach the top! Once you’re there, roll over. If you’re having trouble doing this, don’t sweat it! Come back later. If you were able to do this though, congrats, you’ve got MISSILE TANK #7! 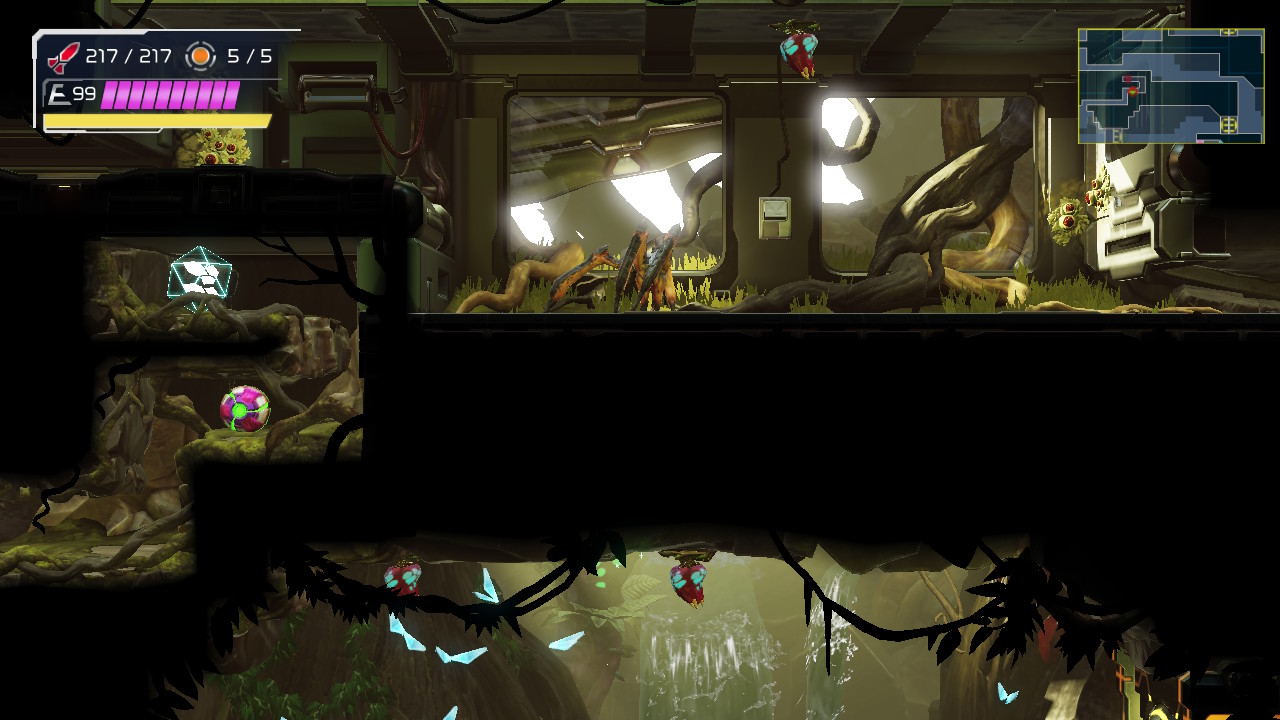 From the Ghavoran elevator room, head towards the door and wait for it to open. Once you see the door open, start Speed Boosting; you’ll enter into a new room where you’ll need to quickly jump to the higher platform. You’ll run for a second but then need to wall jump up to the higher platform. Immediately slide and you’ll go crashing through the bricks in a tunnel. When you emerge, immediately crouch and hold your Shinespark. Slide back into the tunnel and lay some bombs; you’ll see a vertical tunnel open up. Release your Shinespark and you’ll go crashing up, landing beside MISSILE TANK #8. As always, see Shinespark Puzzles for a video. 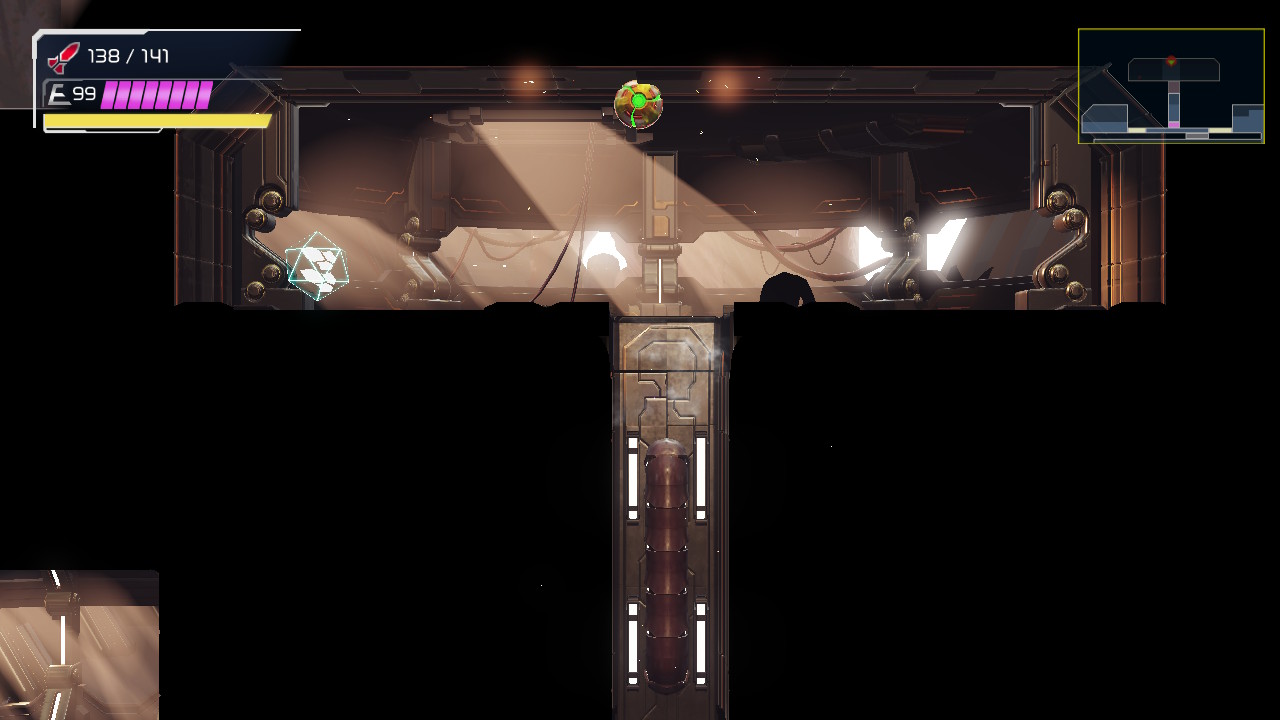 From the Green Teleportal Station, bomb the lower right corner of the room and drop down. Blast away the three Enky’s in your way and go through the door to grab ENERGY PART #10. This is where things get tricky.

Jump up and open the door. Get as far back as you can and start Speed Boosting. Run back into the first room and the floor under you will give out. Charge your Shinespark and drop down and QUICKLY run into the next room! Immediately slide and then as you’re falling, shoot downwards! This will break some blocks under you. As you’re falling and before you get too low, but AFTER you’ve fallen through the beam blocks, line up your Shinespark and release it in midair (do this by pressing Y+B at the same time) and shoot over to the slope on the left. You’ll start running; AS SOON as you get into the new screen, SLIDE, and you’ll go under a pillar. IMMEDIATELY crouch and charge your Shinespark after! Drop down and once again line up a midair Shinespark, releasing to the right. Charge your Shinespark as soon as you get to the top of the hill and drop down. Shinespark one last time and you’ll go crashing into MISSILE TANK #9. Whooooof. Congrats – that might be the hardest expansion in the game. As always, check Shinespark Puzzles for video. 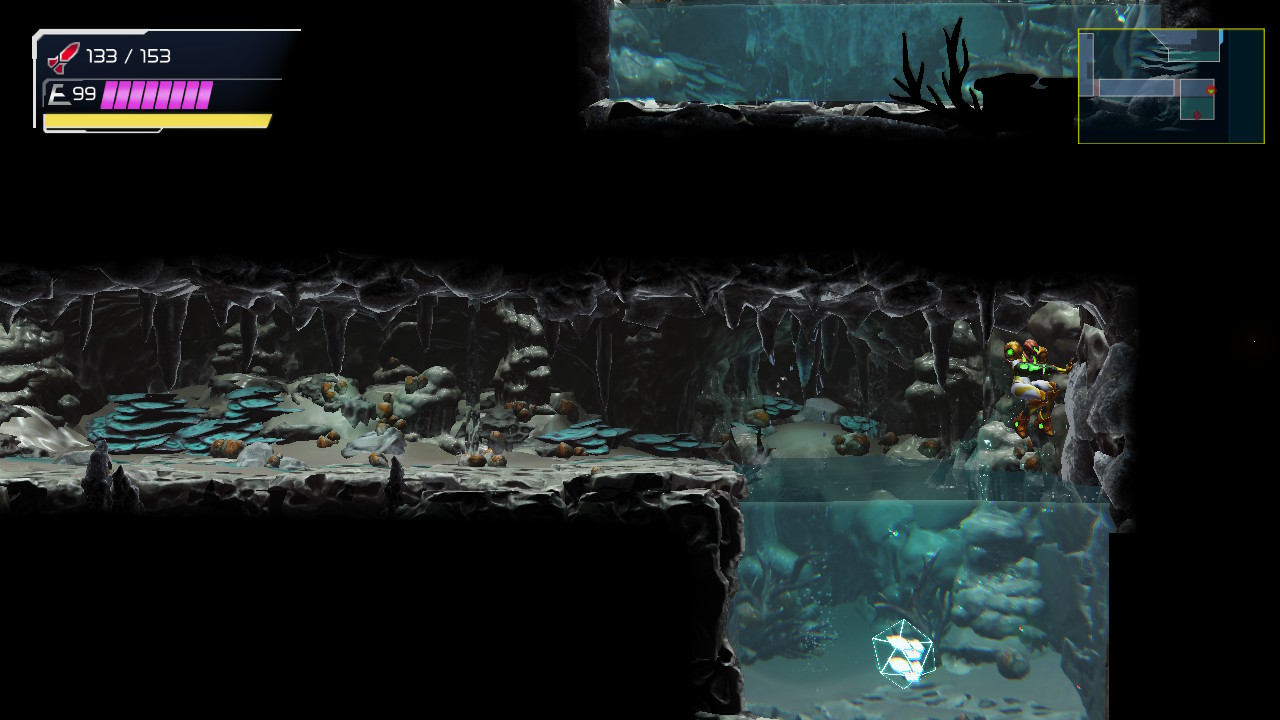 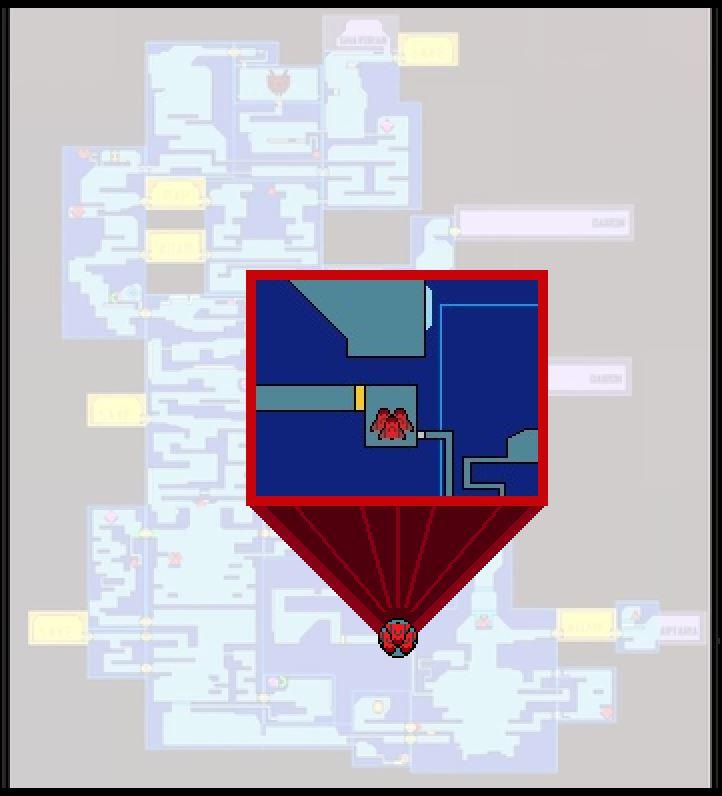 From the room where you fought the Spear Chozo Soldier, shoot the door open on your right. Start Speed Boosting and charge your Shinespark right before going through the door. Quickly head into the next room and drop down to a ledge on the opposite wall where you’ll grab ENERGY PART #11. Unleash your Shinespark and you’ll go crashing forward, revealing MISSILE TANK #10. If you find that you didn’t smash the Speed Boost blocks under the ledge by the Tank, no worries. Just head to the other side and Speed Boost again, but get into Morph Ball form before you release your Shinespark. 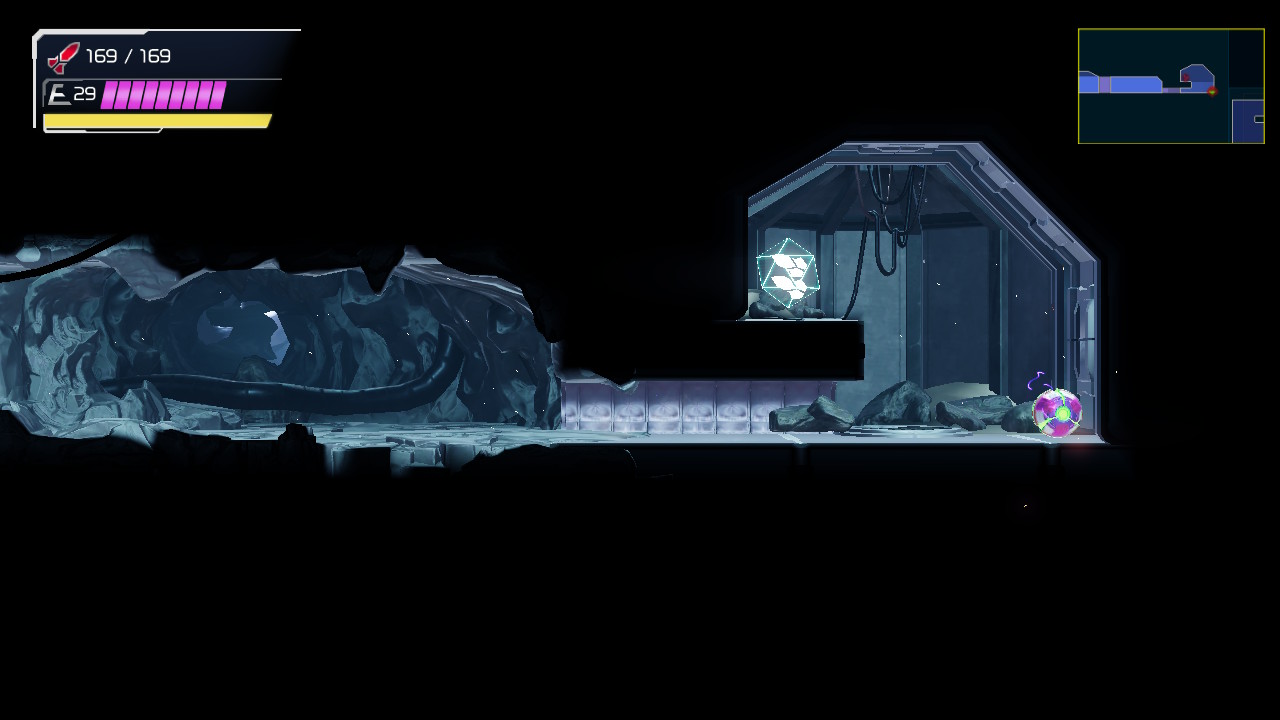 From the Artaria elevator room, head left to the Network Station. Exit left and continue forward. Screw Attack the blocks covering MISSILE TANK #11 (gotta say, that has to be the easiest Missile+ Tank in the game). 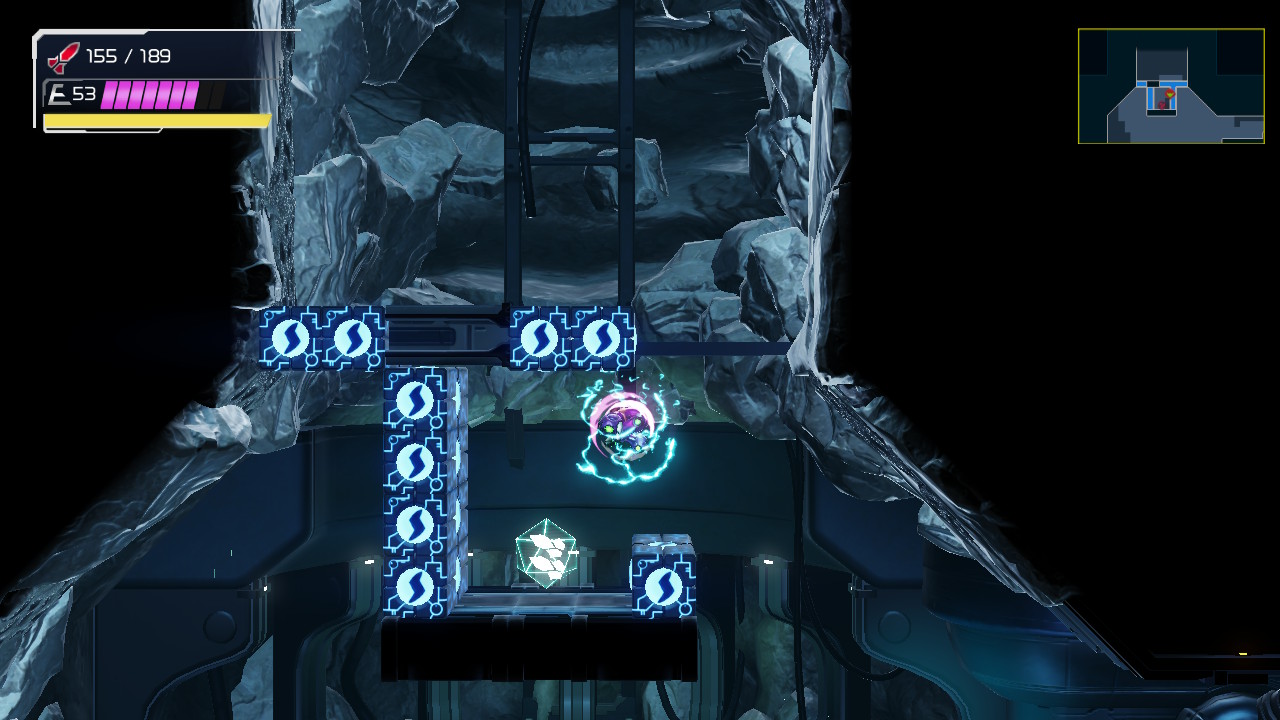 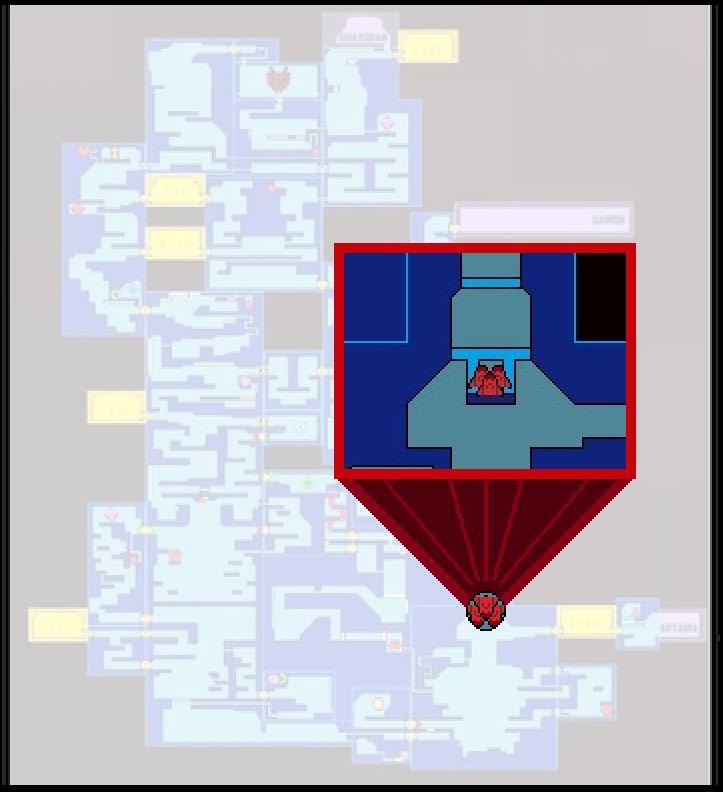