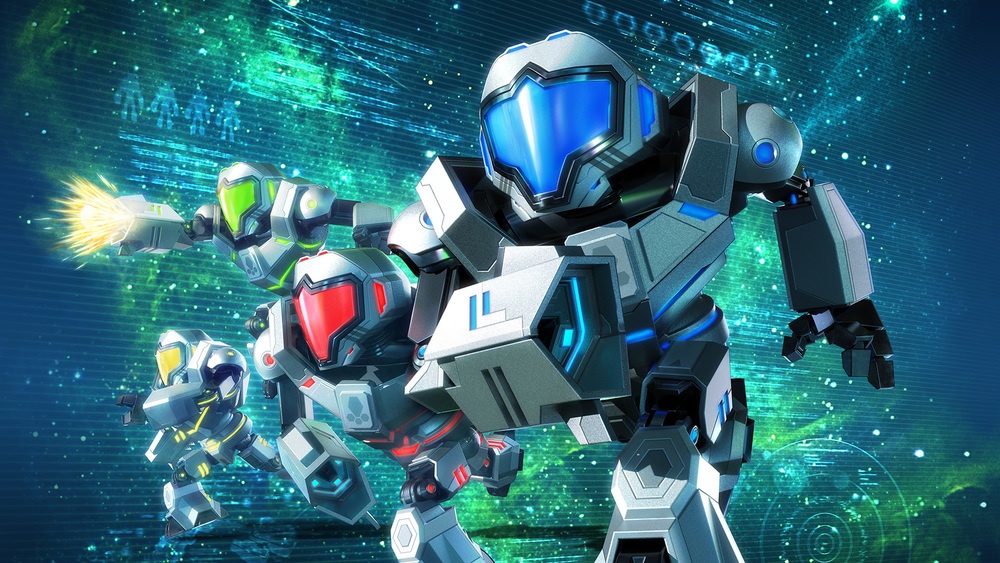 Metroid Prime: Federation Force is a 2015 3DS game developed by Next Level Games. This game was a multiplayer focused title, but unlike Hunters, it was based on cooperative gameplay. Utilizing a hybrid of 3DS touch controls, stylus controls, and traditional first person shooter mechanics, Federation Force was met with middling acclaim and reaction from critics and fans. Controlling a Galactic Federation Trooper instead of Samus in this game, your squad is tasked with stopping the Space Pirates and their plans to build an ultimate weapon.