Here you’ll find the location for every Power Bomb Expansion in Metroid Dread, as well as detailed explanations on how to get them and what powerups you’ll need.

Make your way into Dairon from Artaria (the elevator close to the room where you picked up the Grapple Beam), and as soon as you get there, shoot the walls to the left of you. A small path will open, allowing you to Grapple up to the ceiling using the spider tracks. Shoot two missiles to the wall on your right and roll over and grab POWER BOMB EXPANSION #1! 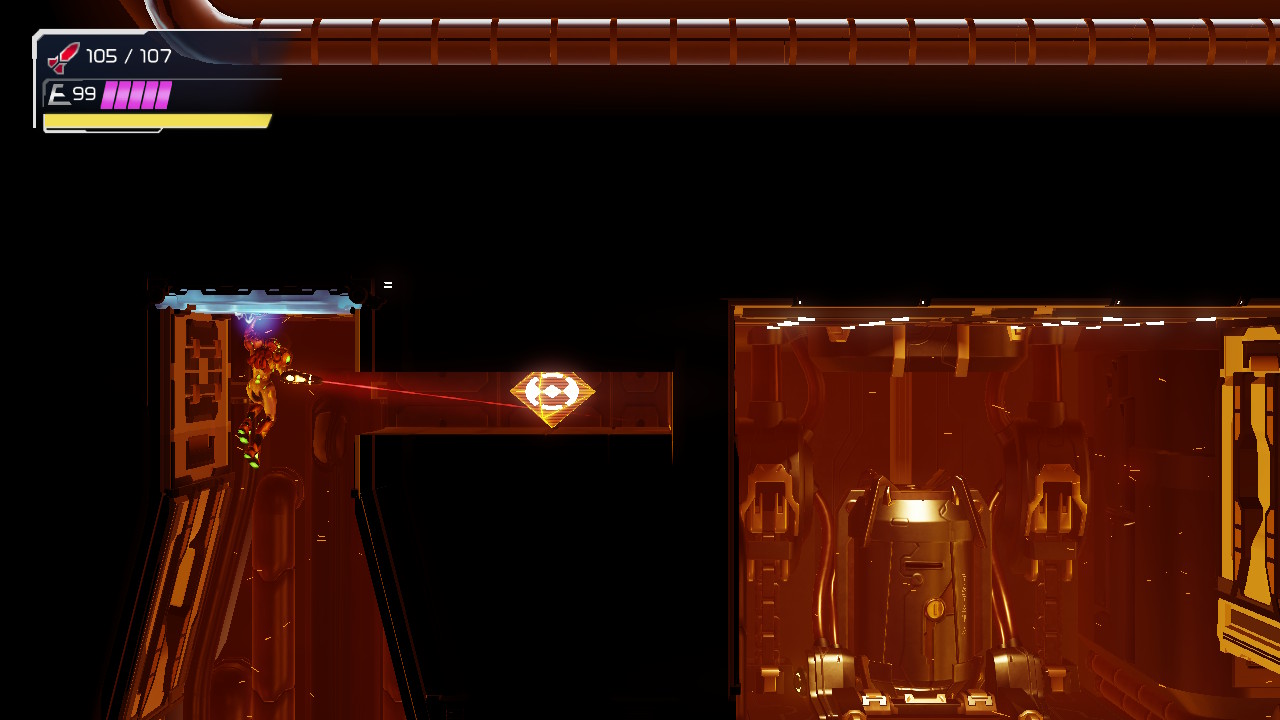 Stand as far back as you can behind the door to your left, open it, and start Speed Boosting. You’ll run into the next room,  so stop and charge your Shinespark before you run off the edge. Quickly lay a Cross Bomb under you and you’ll see some bomb blocks give away. Shinespark directly downwards over where the bomb blocks used to be and the Speed Boost blocks hiding under those will disappear, revealing POWER BOMB EXPANSION #2! As always, Shinespark Puzzles can provide more info. 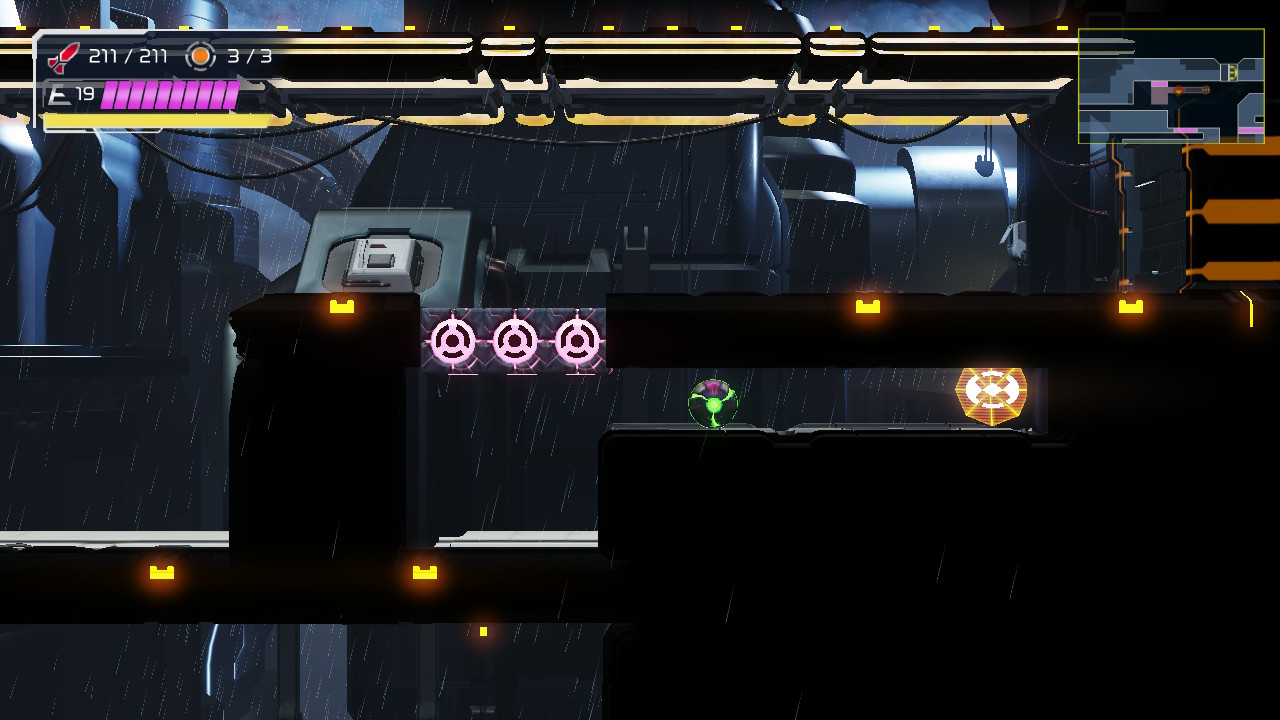 Make your way to the Giant Tree room. Jump to the very, very top of the room and in the absolute highest peak is a little alcove that houses POWER BOMB EXPANSION #3! 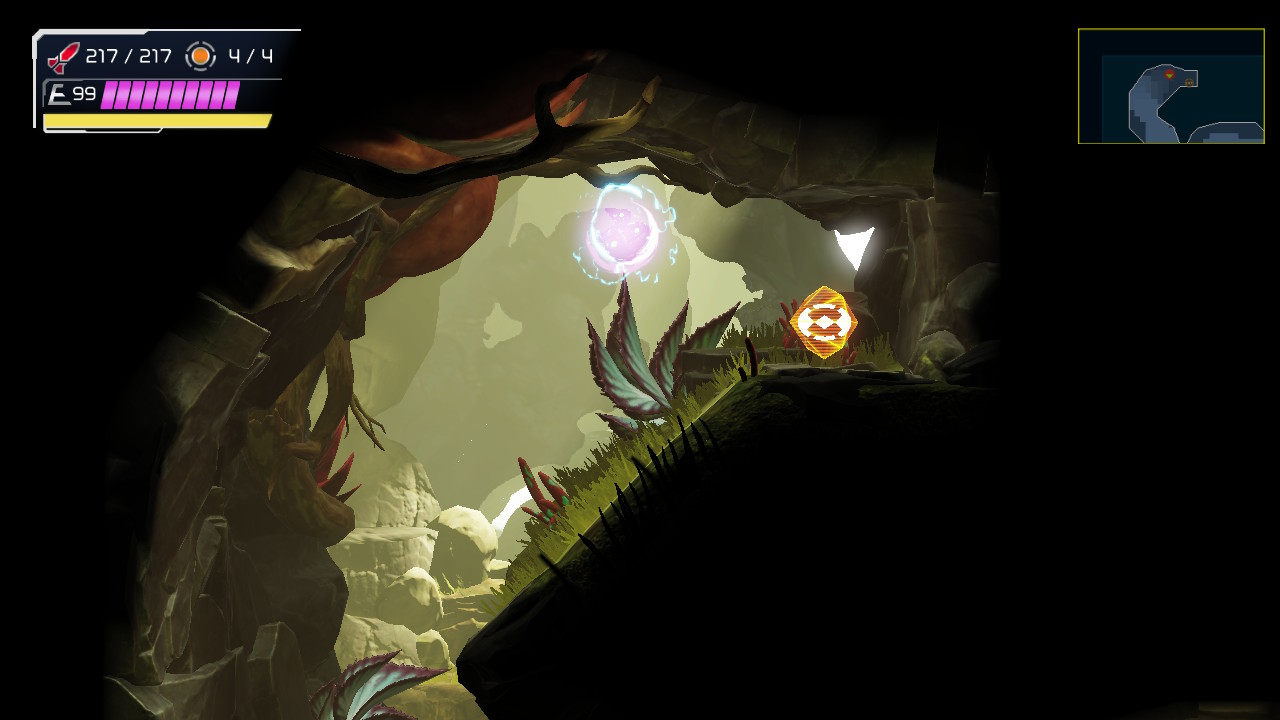 Trek down literally to the bottommost room in Burenia, where we saw that majestic looking whale earlier on our way to the Gravity Suit. Your map should be flashing white, so make the long trip and head to that location. You should be in a watery room directly underneath where the Gravity Suit was picked up. Lay a Power Bomb and a small tunnel will open on. This is where the fun begins. Head into the previous room and back up. Start Speed Boosting; charge your Shinespark right before the tunnel and then quickly slide in and drop down to the tunnel. As a ball, unleash your Shinespark and you’ll grab POWER BOMB EXPANSION #4. 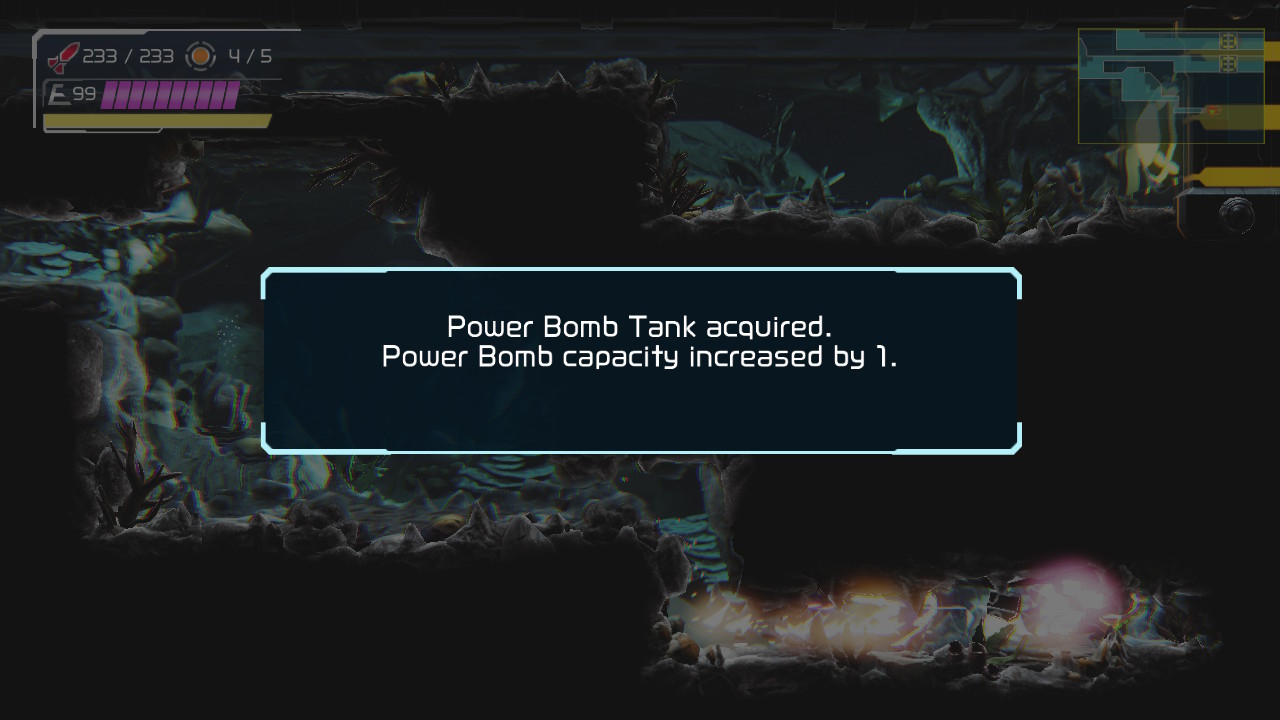 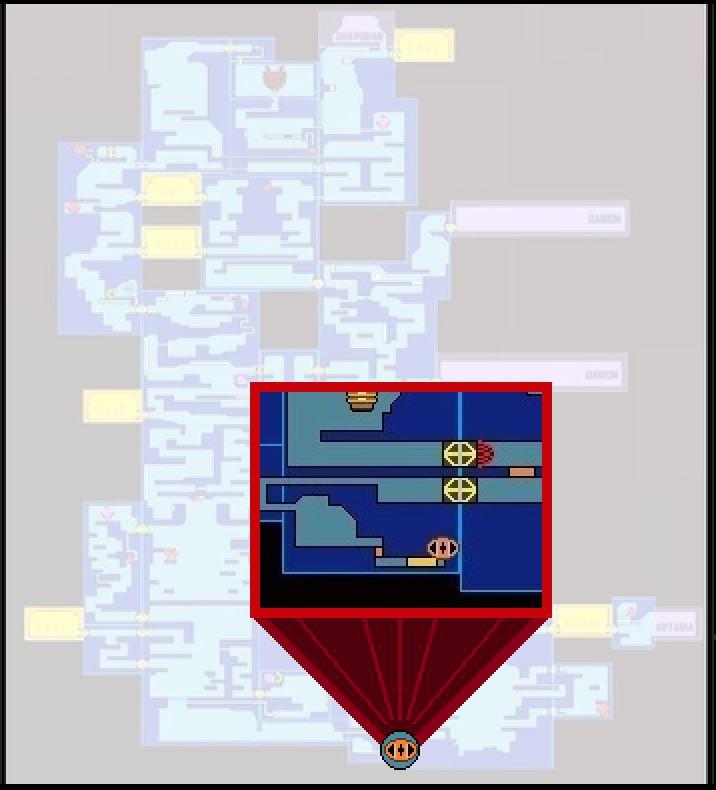 Head past the Dairon elevator room into the E.M.M.I. Zone. Head to the area above where the whole Quiet Robe cutscene happened. Lay a Power Bomb and then jump up to grab POWER BOMB EXPANSION #5. 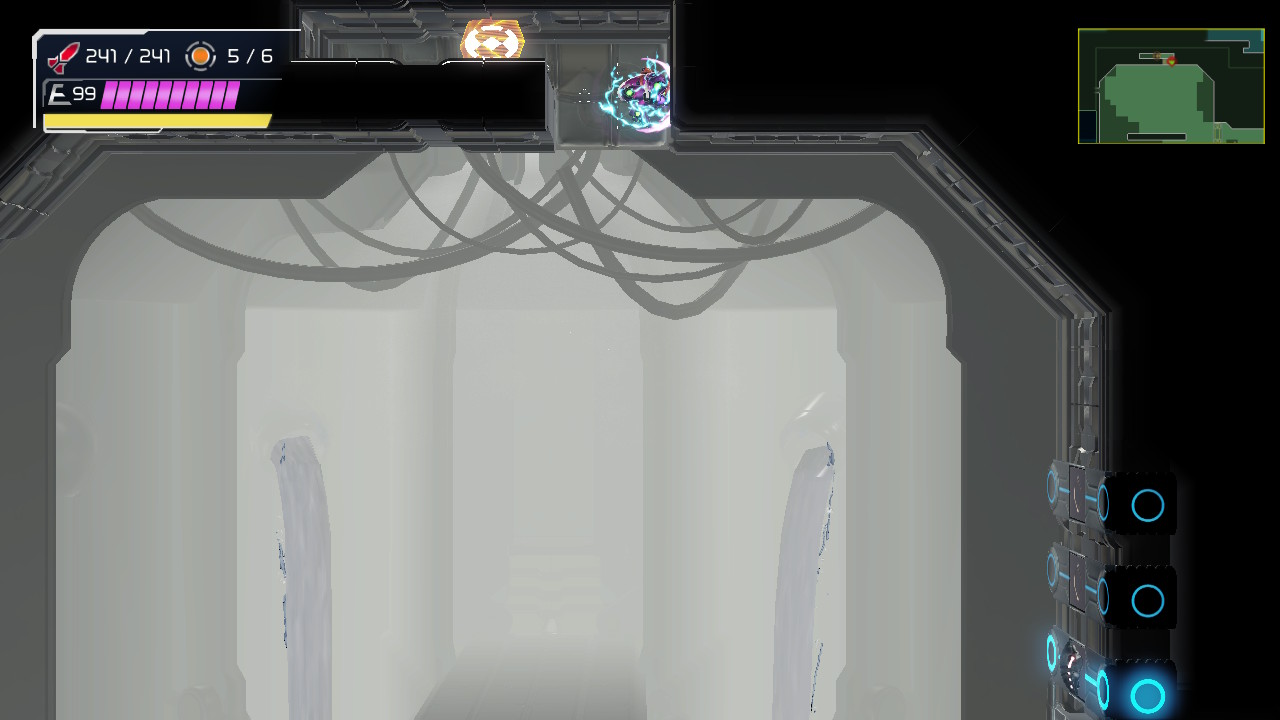 Head to the Main Hall of Ferenia. Once you’re there, get to the topmost platform and lay a Power Bomb. Blocks underneath you will explode, allowing you to grab POWER BOMB EXPANSION #6. 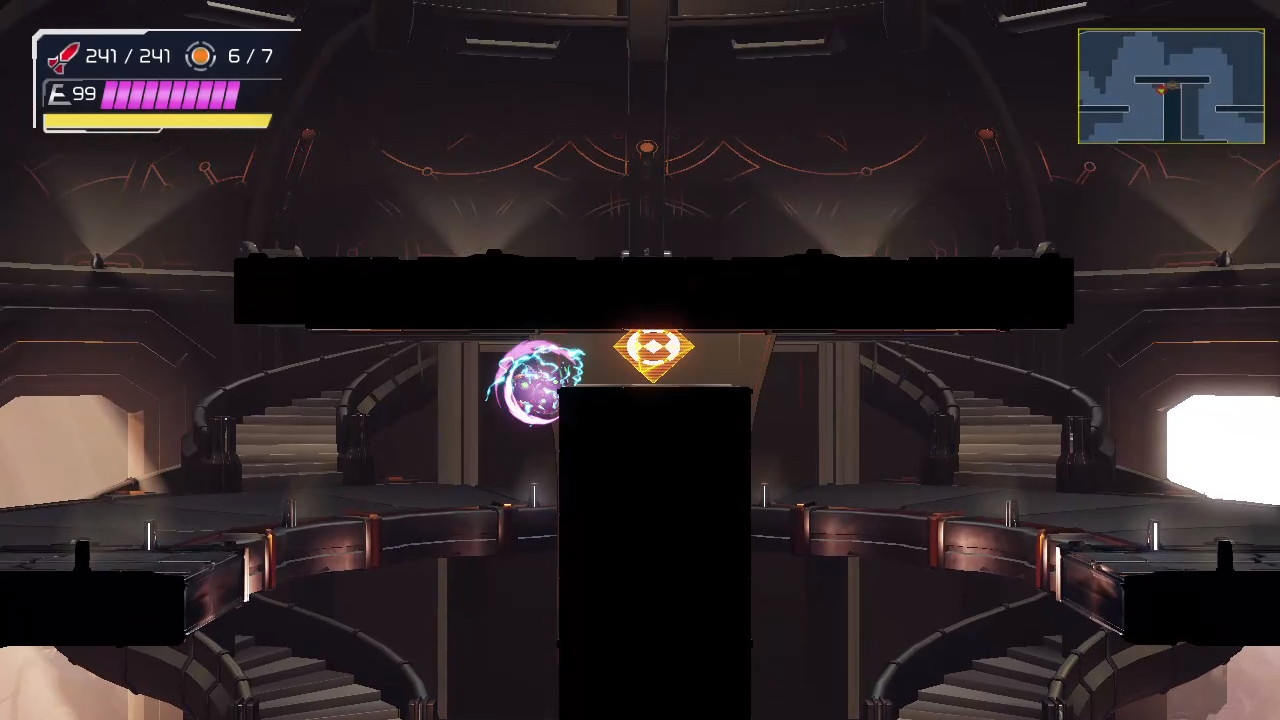 Get to the E.M.M.I. Zone door that leads you to a Network Station and a different elevator into Ferenia. Lay a Power Bomb in this room and you’ll see POWER BOMB EXPANSION #7 just sitting there! 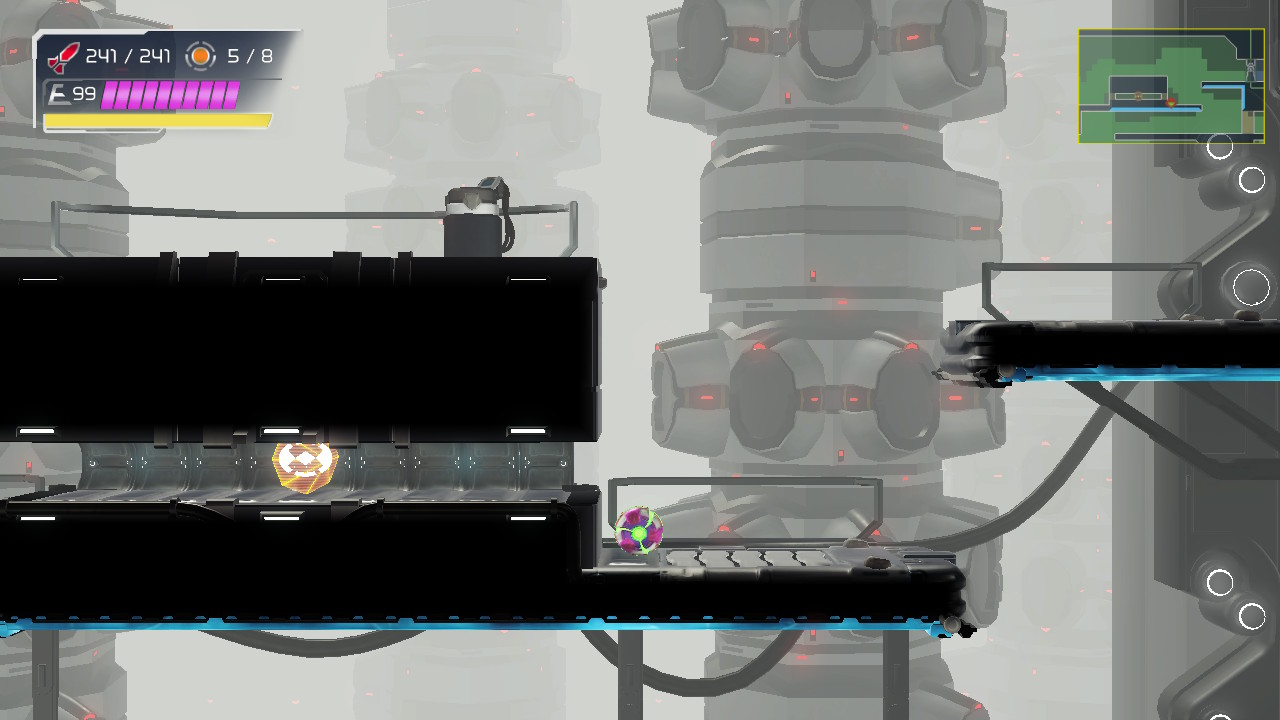 In the room to the upper left of the Missile Recharge Station (you grabbed Missile Tank #4 in this room), open up the Storm Missile locks and head into this new room. This will be tricky. Jump up and roll into the little nook at the top of the room and then lay a Cross Bomb. Roll out onto the blocks at the edge of the ledge, but be sure to not Screw Attack through them! Then around and destroy the Grapple block and then climb back in the tunnel. Use your Cross Bombs to roll across. Lay one last bomb and jump over to grab POWER BOMB EXPANSION #8. 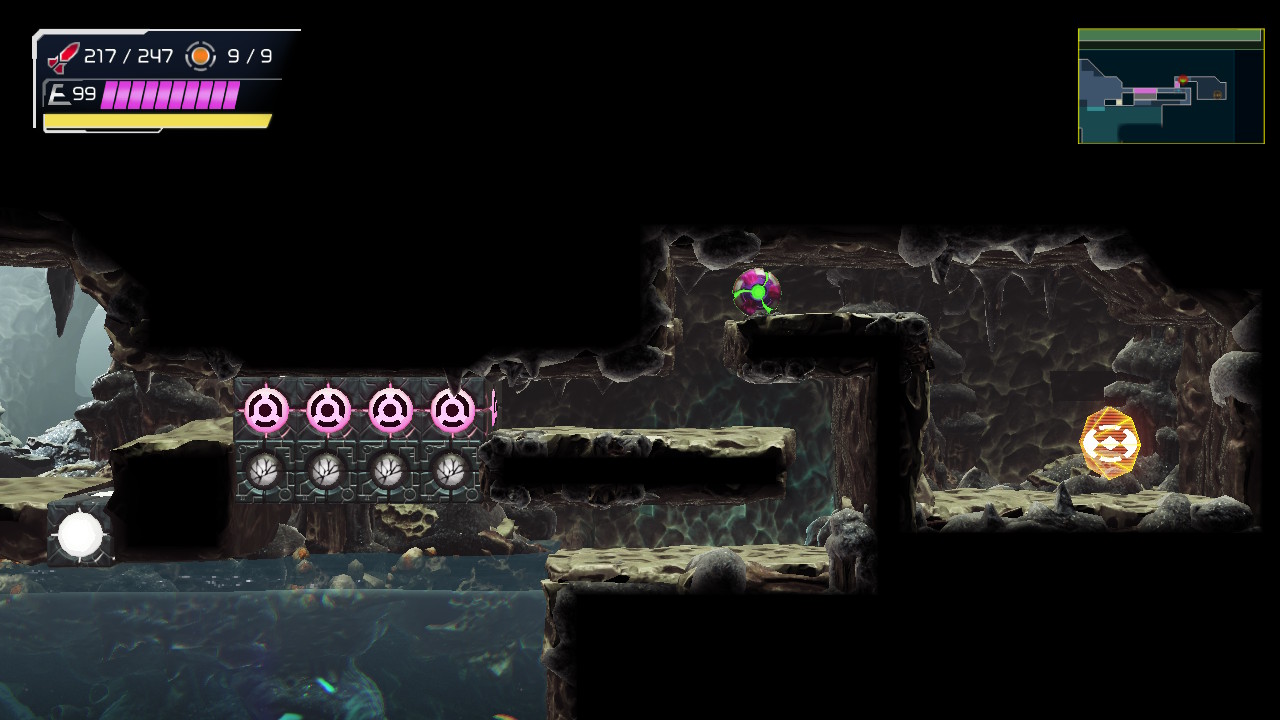 Get inside the E.M.M.I. Zone and head towards the enormous room on the left side of the map. Either use your Grapple Beam to latch up to the spider tracks or simply Space Jump up to the top of the room and nab POWER BOMB EXPANSION #9. 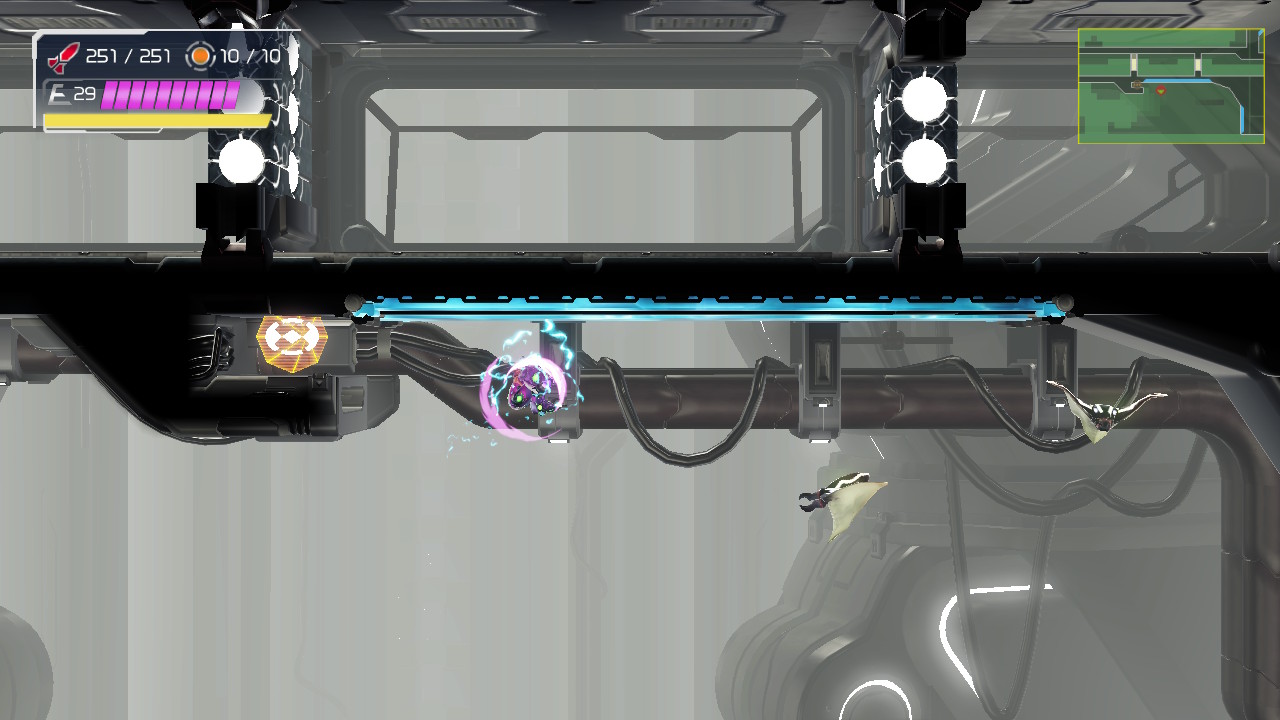 Get into the room you fought Kraid in. Drop into the lava and enter the tunnel in the bottom right corner. You’ll be in a new room submerged in lava with several tunnels. Lay Cross Bombs to help you navigate the tunnels, and when you get out, destroy the Grapple block and grab POWER BOMB EXPANSION #10. 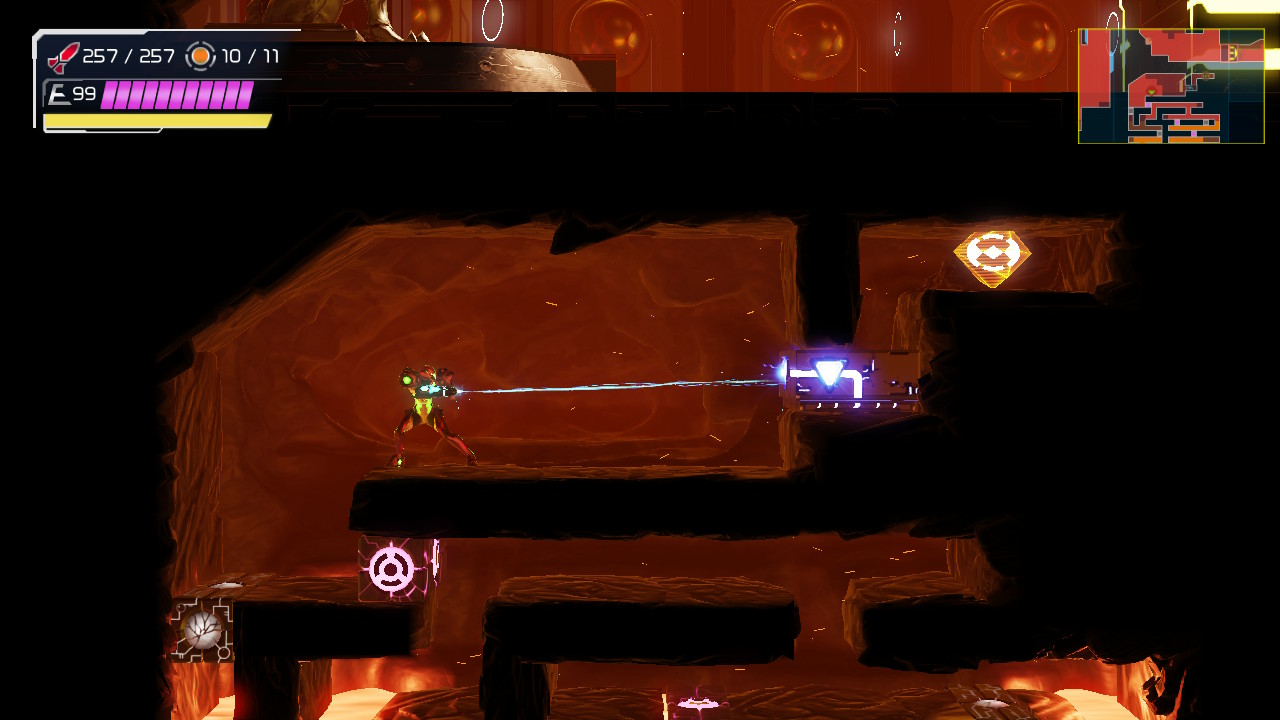 There’s a platform with spider tracks on it that we need to drag down, but it won’t be that easy. There are six blocks in the way, grounded in a 3×2 grid. The top left block is a beam block, so shoot it and climb in the nook before it respawns. Lay a Cross Bomb to get rid of the uppermiddle and right blocks. Quickly grab onto the spider tracks and shoot the bottom three blocks with missiles and the platform will fall, allowing you to grab POWER BOMB EXPANSION #11. 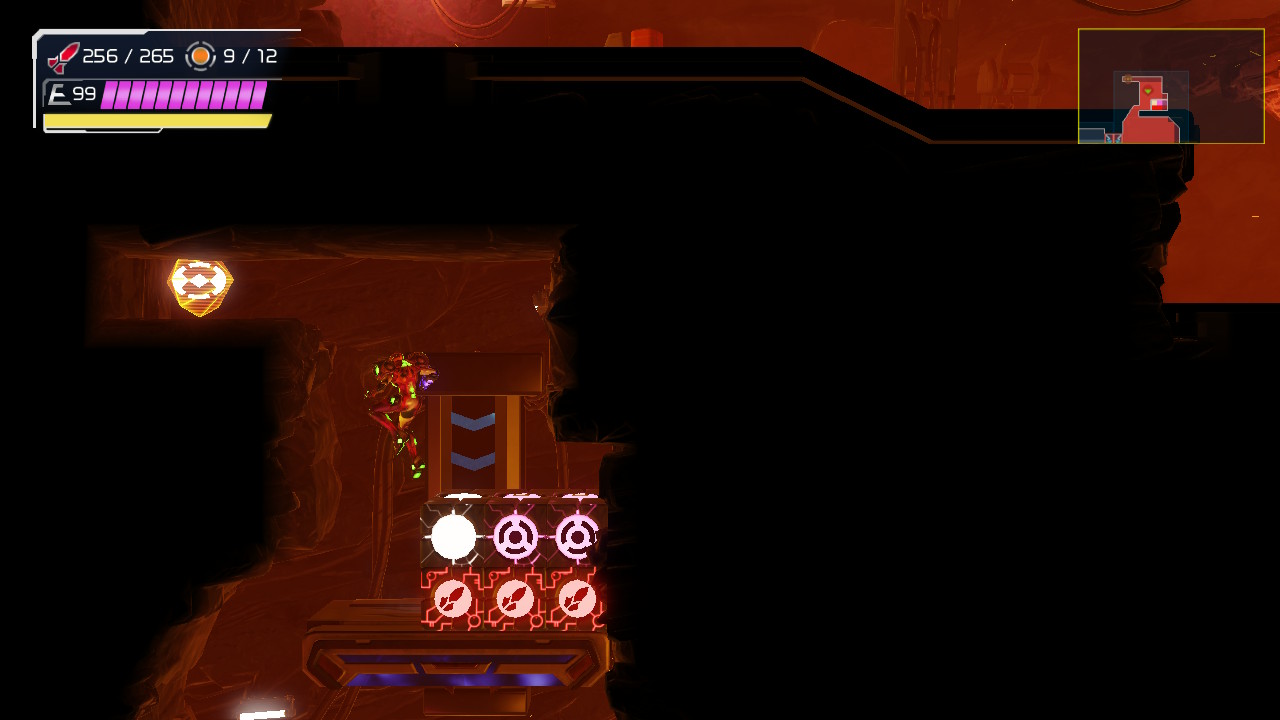 Get yourself to the Map Station and then enter the E.M.M.I. Zone. Head through the door on the left and in this new room, slide into the tunnel and roll about halfway through it, then drop a Power Bomb. Exit the tunnel and jump up and to the left, getting under the spider tracks and heading into the next room. Start Speed Boosting back towards the tunnel, sliding under the pillar and then charging your Shinespark. Quickly roll into the tunnel and when you hit the blocks, activate your Shinespark to the right. You should go crashing right into POWER BOMB EXPANSION #12. As always, see Shinespark Puzzles for video. 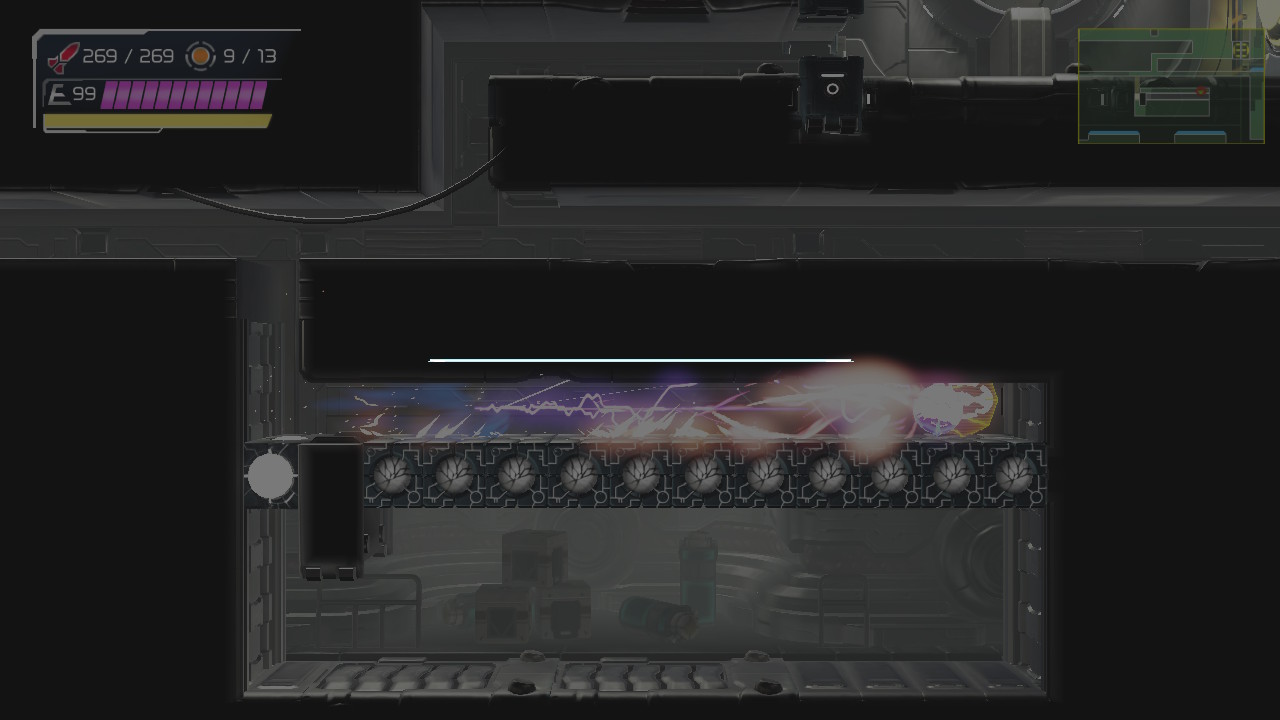 Jump up to the room to the left of the Chozo Soldier boss room. You’ll see tunnels in the wall; get inside them and follow the path. Keep following the tunnel downwards and right there at the end is the final expansion of Metroid Dread – POWER BOMB EXPANSION #13! Amazing job! 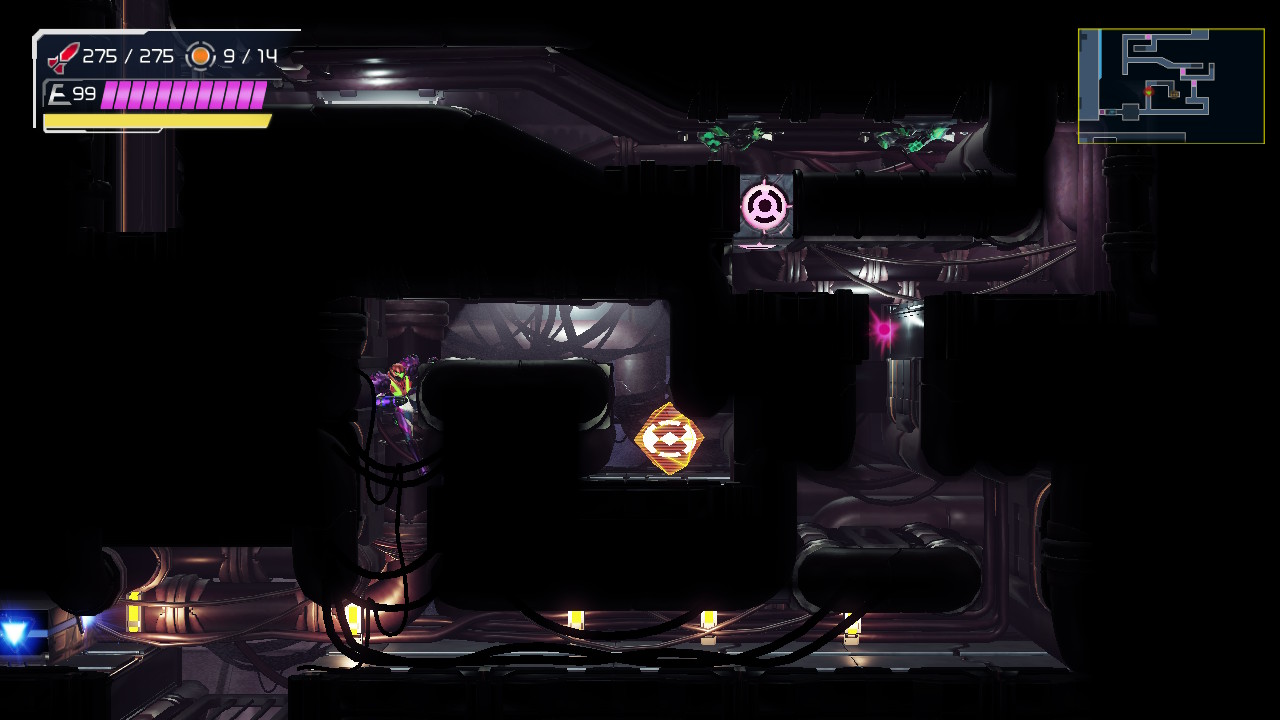