Once you’re back in Brinstar, head back towards the massive vertical hallway where we grabbed the Long Beam earlier. Scale to the very, very top this time and take the door on the left. Grind your way through this next room, Screw Attacking anything that moves until you reach the red blast door. Fire away with your missiles and enter inside. You’ll see a statue of both Ridley and Kraid in front of you. Shoot both statues and a pathway will appear underneath the statues, allowing you to roll over and into the elevator room. Take the trip down to Tourian… 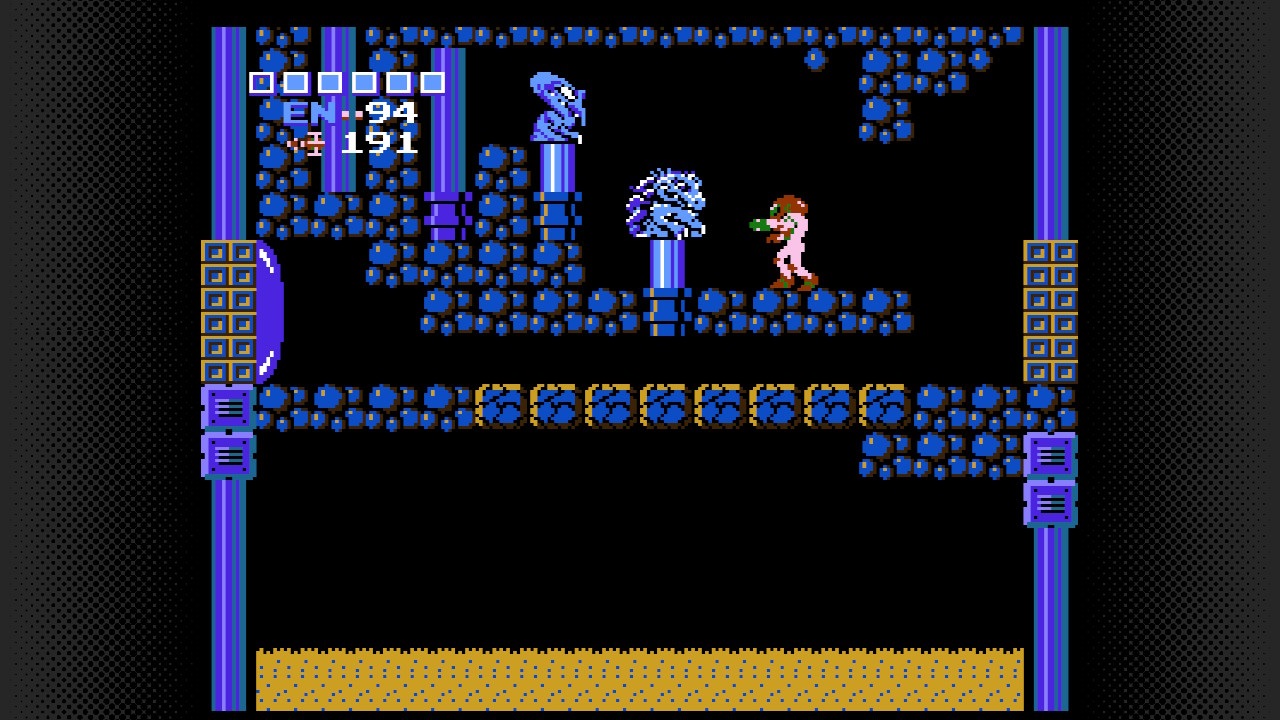 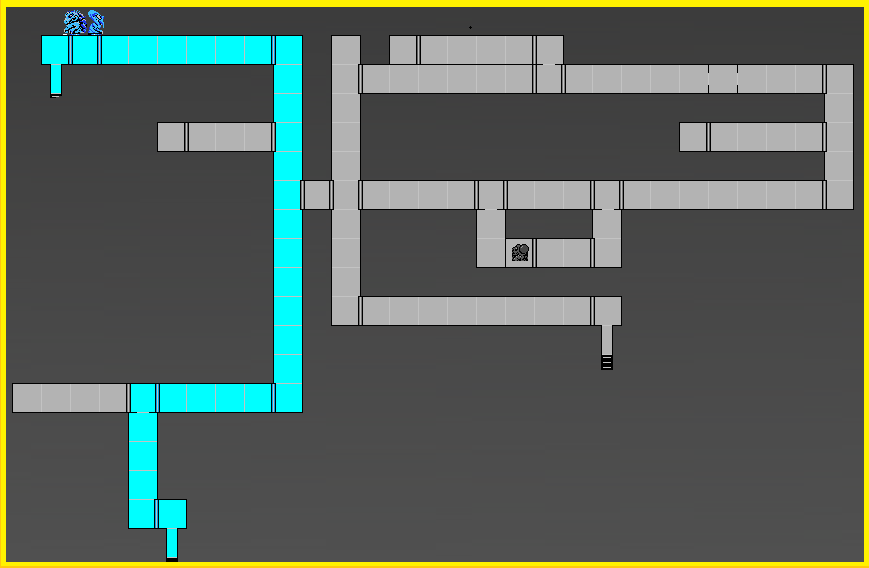 Get ready, because Tourian is the most hostile location yet. You’ll immediately be confronted by the deadliest creatures on Zebes – the Metroids. In case you didn’t know, Metroids attack by sucking on to you and literally draining the life out of you. Once a Metroid has its fangs in you, it can be very difficult to shake it off. Avoid this at all costs, but if you do get zapped by a Metroid, immediately get in Morph Ball form, roll side to side, and start laying bombs. The Ice Beam is absolutely critical here, so if for whatever reason you ignored my advice and got the Wave Beam instead, go back and get the Ice Beam. Seriously, don’t even attempt to enter Tourian without it. The strategy will be freezing Metroids and then blasting them with 5 missiles to destroy them. Don’t get cute and freeze them and just go past them – destroy them. 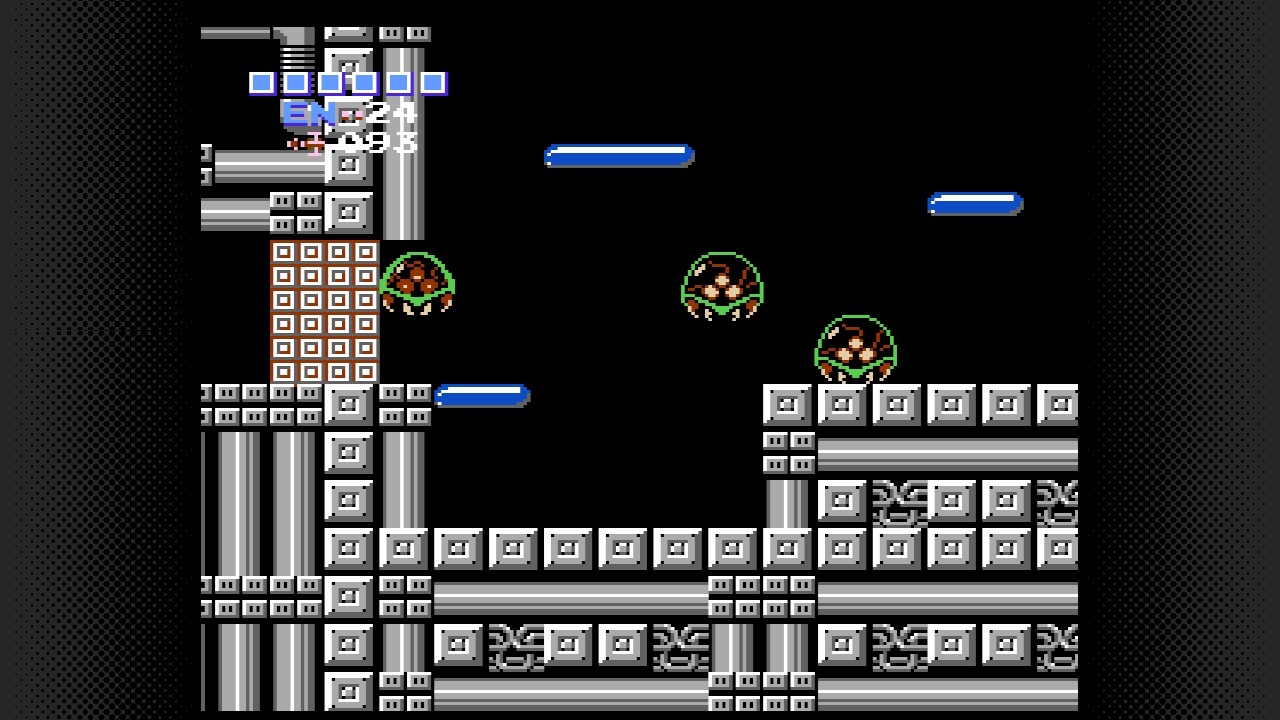 There will be SIX METROID’s in the first vertical hallway once you step off the elevator. Slowly and carefully freeze and destroy them. Make your way to the bottom and you’ll see a yellow blast door which take a whopping 10 missiles to open. The next room will ramp up the difficulty a bit, not only giving you another SIX METROID’s to destroy, but also introducing Rinkas, little circular bullets that you need to avoid. Word to the wise – move slowly because the Metroid’s will come flying at you quickly and you’ll need all the time you can get to react. Go through the red blast door at the end.

Drop down this vertical hallway and avoid the Rinkas. There are FIVE METROID’s here, so be careful. Go through the red blast door. This is the last room before Mother Brain, and it’s the toughest yet. There are no fewer than EIGHT METROID’s to contend with. Once you get to the fifth or so Metroid, if you want, you can freeze them and just haul butt to the door. Step inside and get ready to face the final boss! 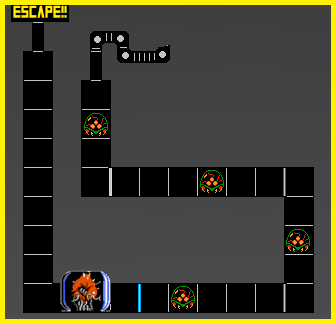 This is as hostile as hostile gets. You’ll have to deal with a constant barrage of enemy fire, in the way of both Rinkas and turret gun fire. The Rinkas will shoot out in groups of threes consistently. There will always be three of them to contend with. Your best bet is to freeze as many as you can, which will buy you some time to concentrate fire. The turret fire is a bit tougher since there’s really no way to counter or stop it; you’ll just need to avoid it as best as you can.

There will be five barriers in front of Mother Brain’s tank called Zebetites. These are an incredibly annoying and tough obstacle in the way. You’ll need to fire about a dozen missiles or so and land direct hits to destroy them, which is tough since there’s Rinkas everywhere and turret fire that can knock you off the platforms. Making matters worse is these Zebitites regenerate, so if you land a couple shots and then ease off the pressure for a few seconds, you’ll have to start from scratch. I hope you can understand now why we got so many missiles!

Once you destroy the fourth Zebitite, the floor will be covered in lava, which only adds to the challenge. Destroy the fifth Zebitite and you’ll be face-to-face with Mother Brain herself.

I know I mentioned it earlier, but it bears repeating: you’re going to make your life so much easier if you freeze all of the Rinkas so they can’t hit you or knock you in lava. I would actually make that your topmost priority here, even ahead of damaging Mother Brain. You’ll need close to 30 shots to Mother Brain in order to put her away, so aim true, calm the battlefield as much as you can, and eventually, the leader of the Space Pirates will be no more. 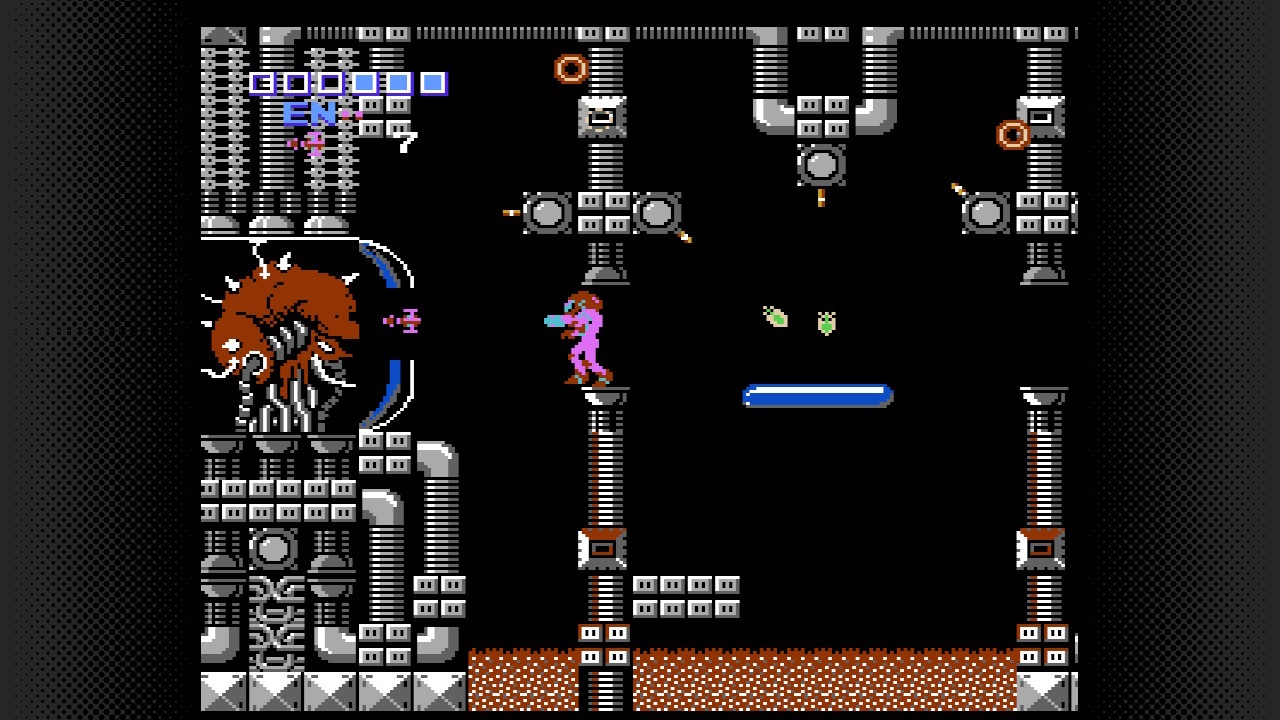 Of course, it’s not over yet! Mother Brain will be destroyed, but that will activate the planets self destruct protocol. You’ll have (an admittedly pretty generous) 999 seconds to escape before the planet explodes, so start moving! Take the door behind Mother Brain and start climbing. I know you’ve got a timer ticking away, but the key is to take your time and take short, crisp jumps to the top. Eventually, you’ll reach the top and take the elevator off of Zebes. Congratulations – you’ve beaten Metroid!

Thank you for reading, and as always…

See you next mission!