Here you’ll find the location for every Missile Expansion in Ghavoran , as well as detailed explanations on how to get them and what powerups you’ll need.

Grapple up to the spider tracks and then carefully Grapple across the hooks along the ceiling of this room (pro tip: you can hold your 360° aim in one direction and move Samus herself as an easier way to grapple versus nailing that perfect shot into the hook). Swing across and you’ll grab MISSILE EXPANSION #29. 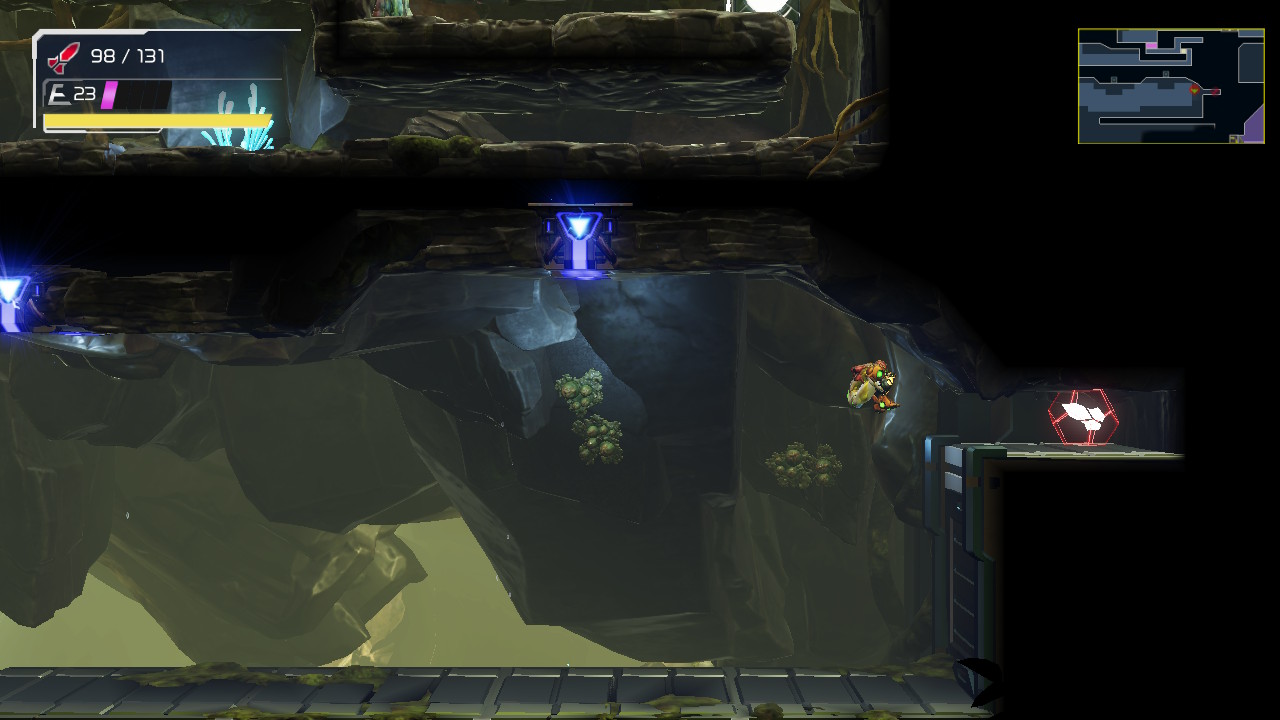 Walk forwards a couple steps and drop down into the lower part of the room. Destroy the Grapple block and grab MISSILE EXPANSION #30. 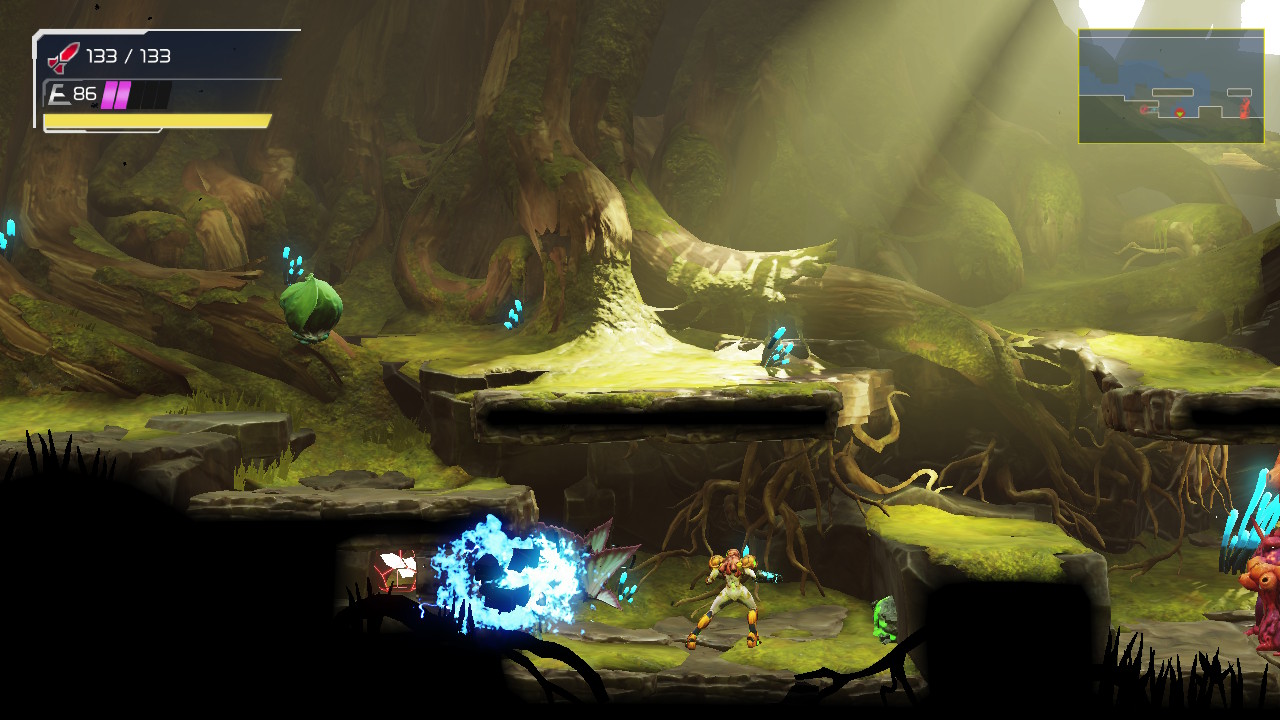 In the Elevator Room from Elun, get towards the Grapple door and yank it open. Run back a little bit and start Boosting. Crouch either right before or right after you run into the next room. When you get into the next room, turn around and perform a wall jump above the door, so that you’re pretty high up in the air. At the apex of your wall jump, release your Shinespark and you’ll go flying, eventually crashing into MISSILE EXPANSION #32! Awesome! I just love that feeling of flying around as a speeding bullet, don’t you? Check out Shinespark Puzzles for video. 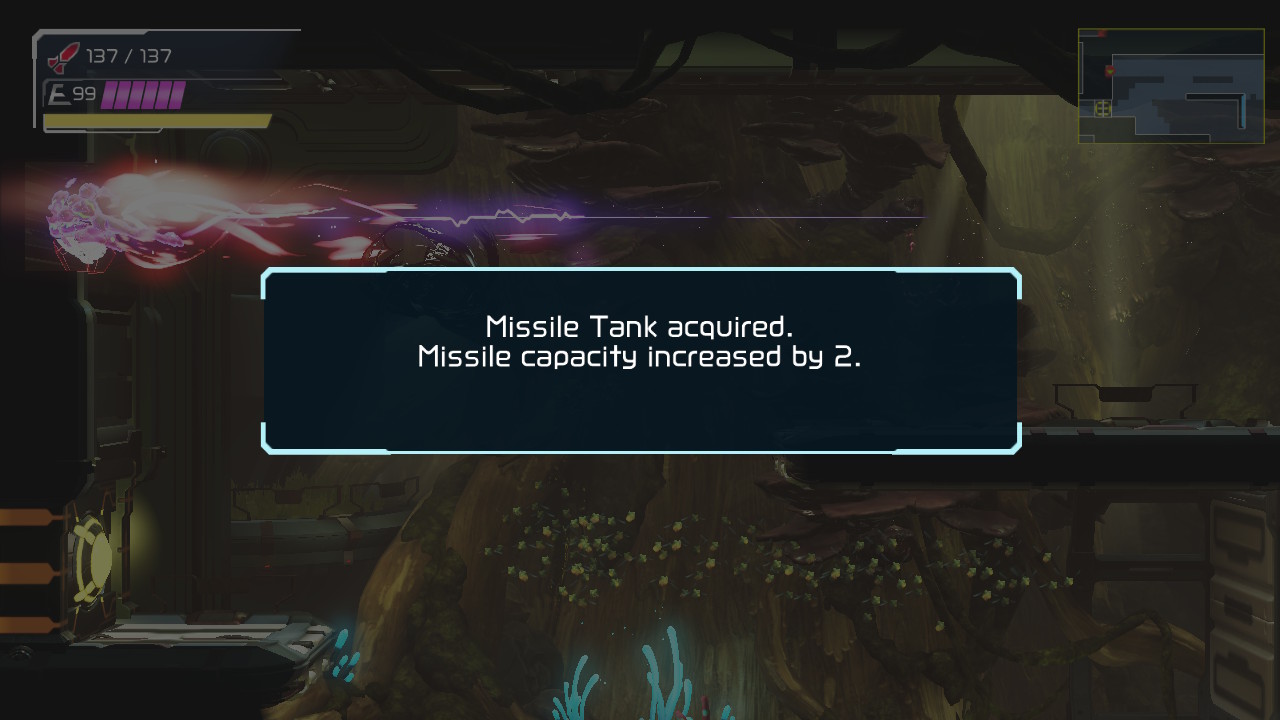 In the room where you grabbed the Pulse Scan, head into the Morph Ball tunnel. You’ll have options to either go up or down; head up, minding the bugs shooting out in every direction, and keep laying bombs until the path takes you back into the Pulse Radar room. Lay another bomb and jump up to grab MISSILE EXPANSION #33.  Roll back into the other room and drop down, bombing until you fall out of the tunnel. 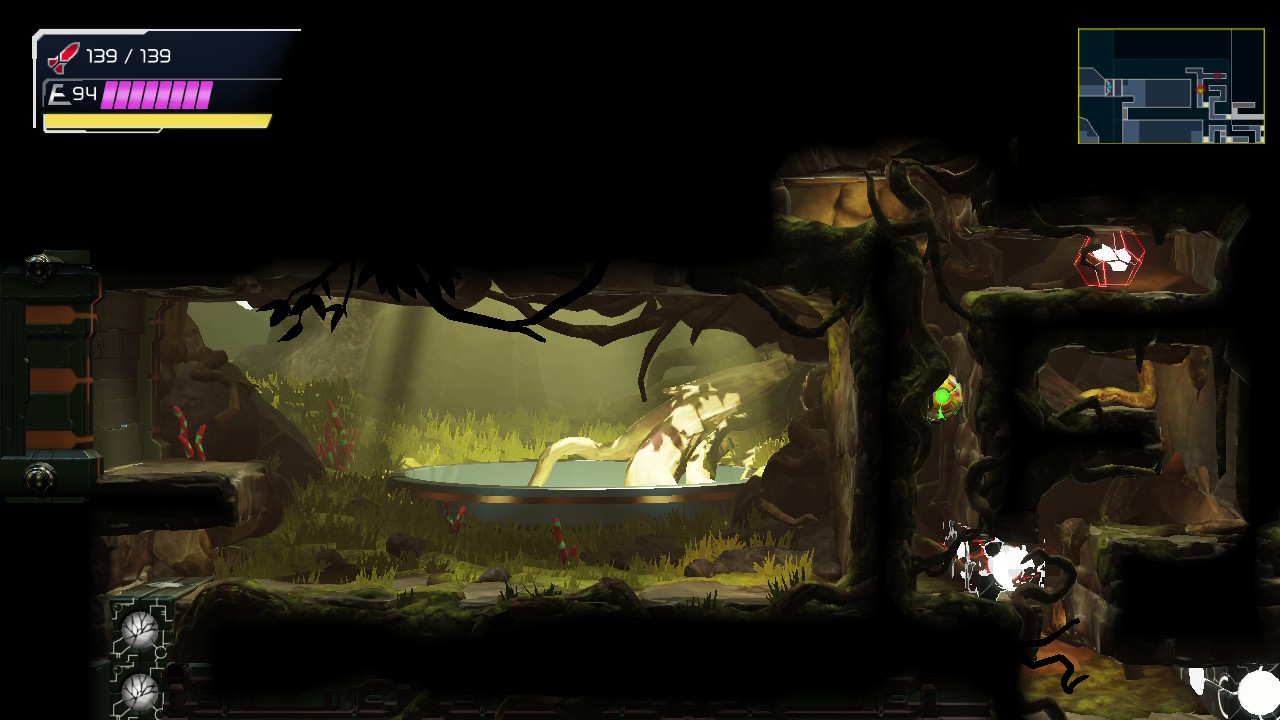 From the Green Teleportal Station, head back to that oh-so-familiar pool of water that we know leads to the Spin Boost room. The ceiling is made up of Screw Attack blocks, so slice and dice! Open the Grapple Door and start Speed Boosting. Running into the next room, charge your Shinespark and head into the middle of this room. Shinespark straight up and you should see two tunnels appear. Once you’ve crashed into the top of the room, drop down and squeeze through the opening to the second tunnel. Jump up and grab ENERGY PART #12! That’s another full tank, so score! Continue falling down and you’ll see a tunnel that you can slip into that houses MISSILE EXPANSION #45. 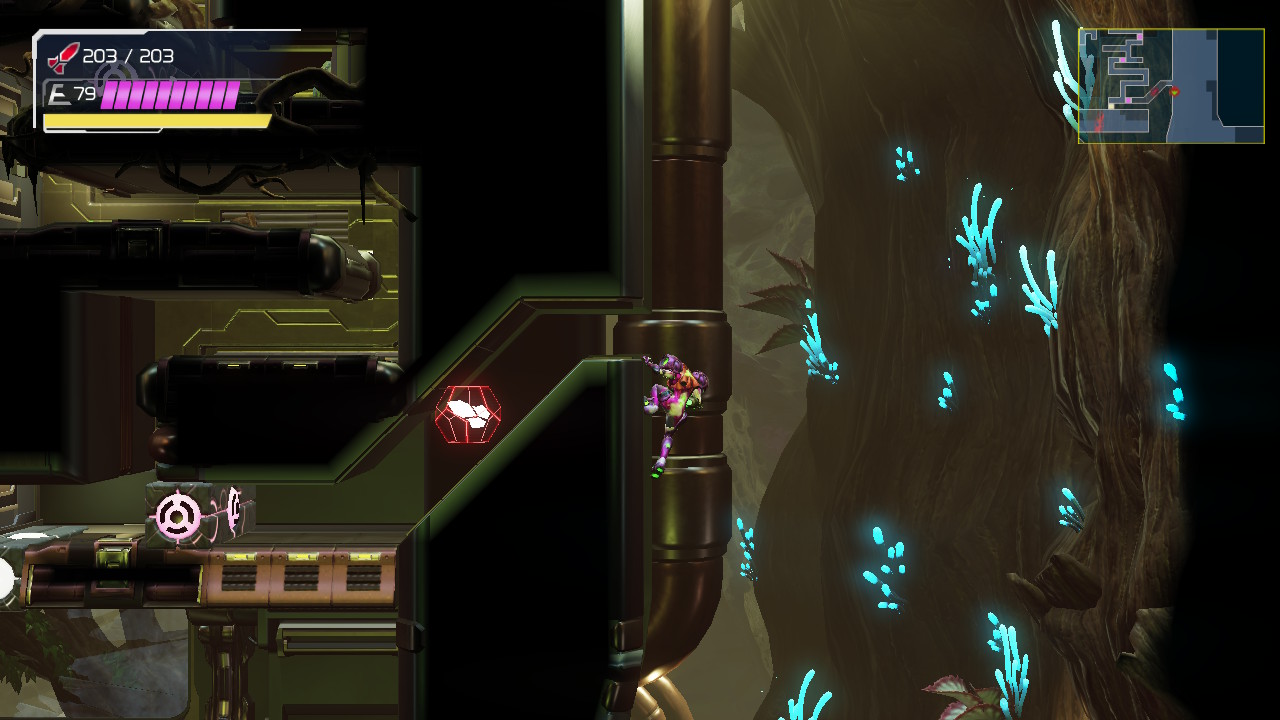 In the room after the Golzuna boss room, roll into the little nook on the floor and lay a Cross Bomb. A tunnel will open up, so go to the end and lay more Cross Bombs. You’ll see another tunnel that has MISSILE EXPANSION #46 just sitting there. 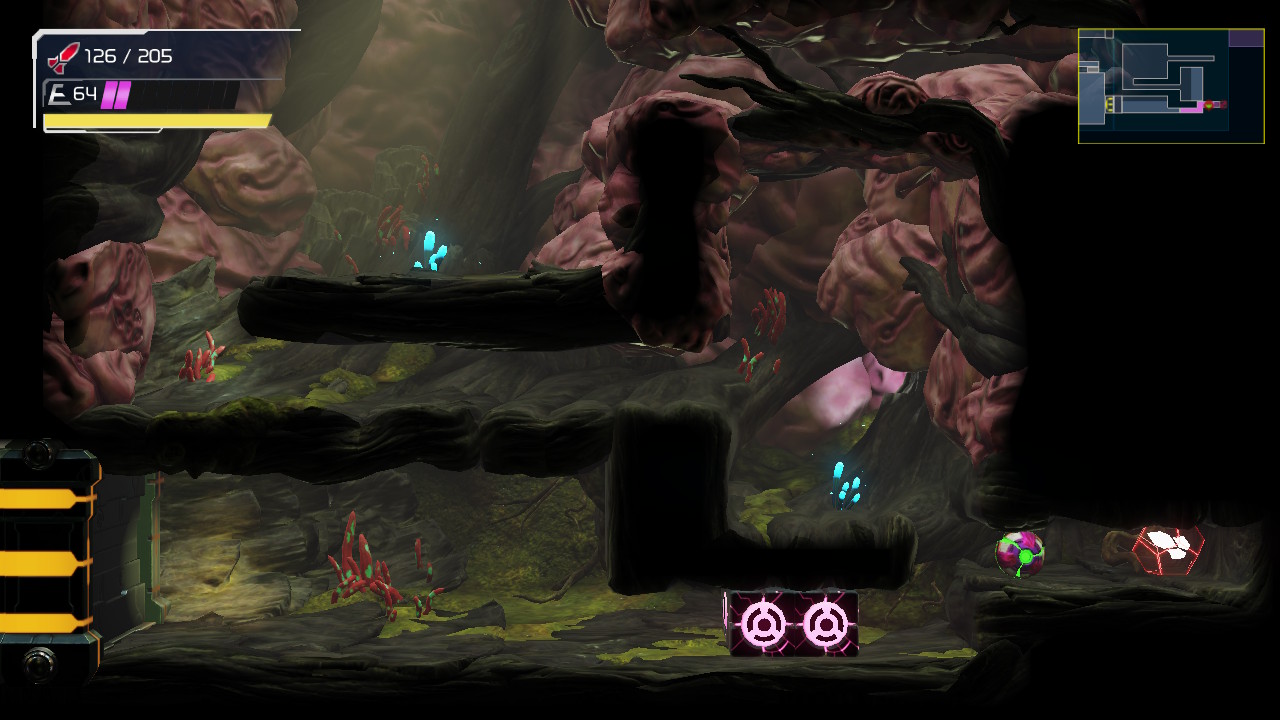 Head towards the Green Teleportal Station. Up above it is a small tunnel with pitfall blocks. Use your cross bombs to push you across and grab MISSILE EXPANSION #50. 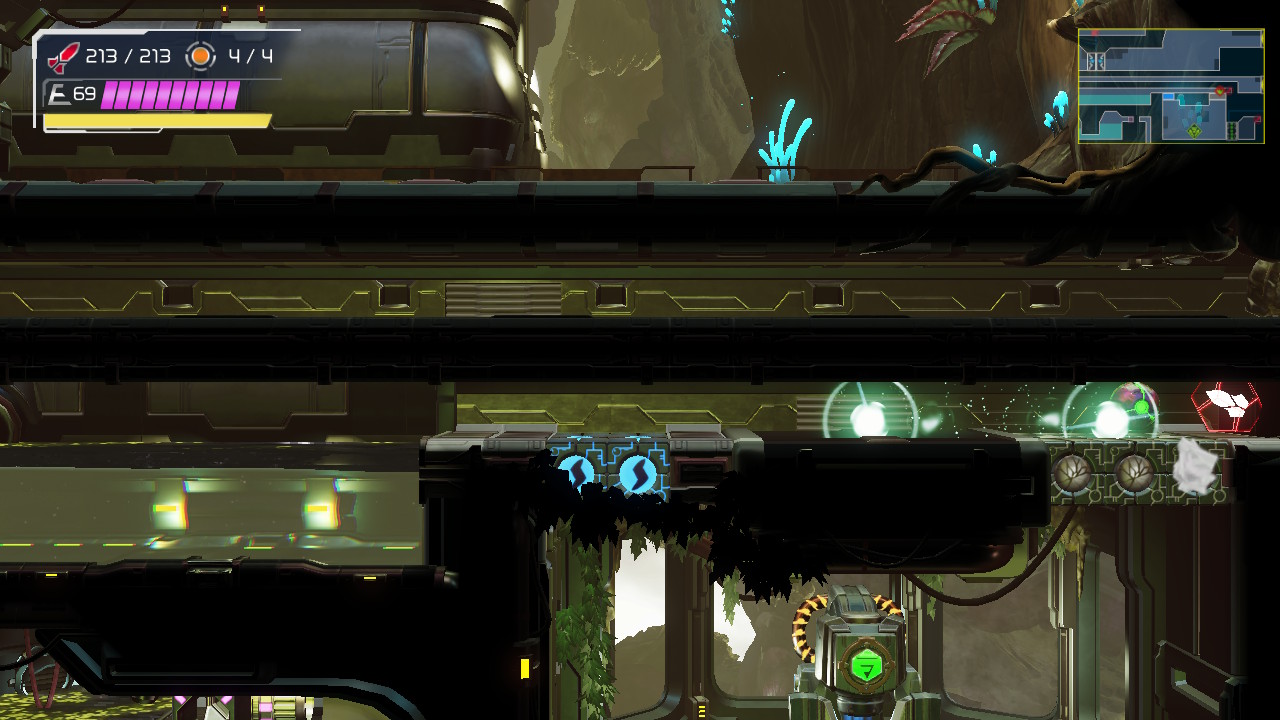 Drop down beside the Green Teleportal Station and lay a Power Bomb. Slip through the opening in the floor. Drop down and then head through the door on the right. Jump up and use your Storm Missiles to hit the switches and move the Storm Box. Go through the door and jump up beside the Teleportal. Head into the now-unlocked room beside it and grab MISSILE EXPANSION #51. 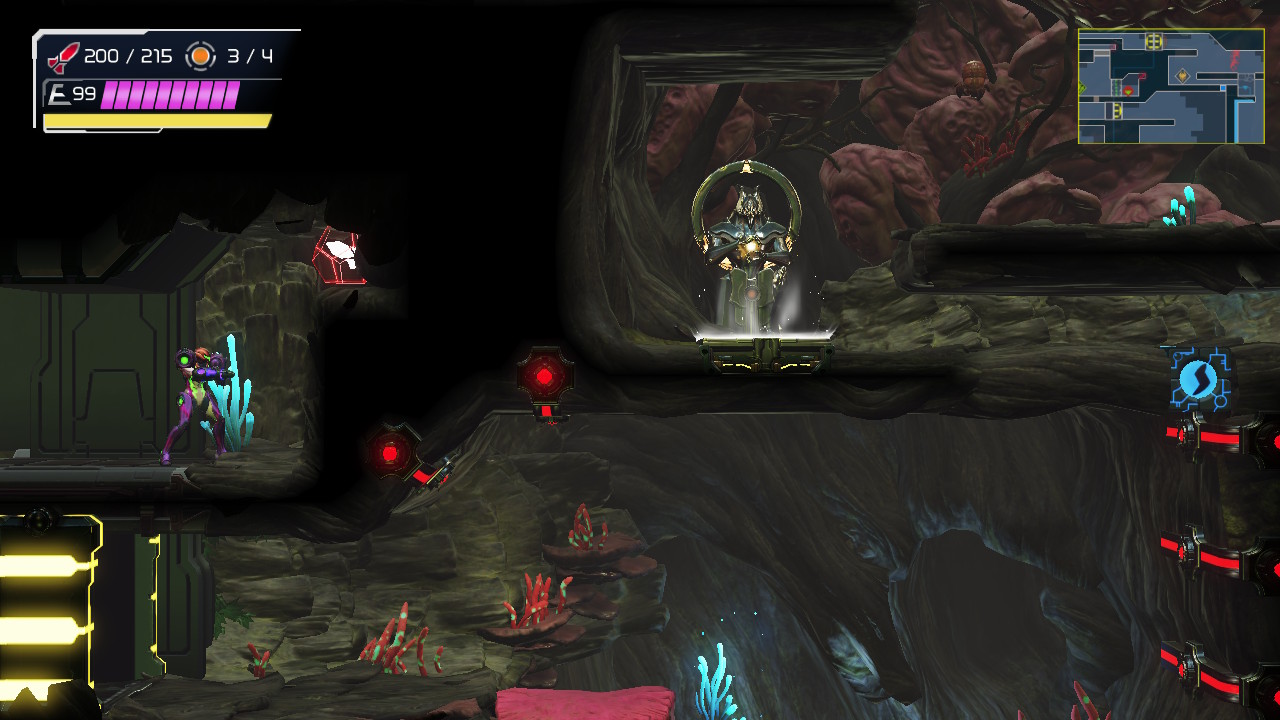 Make your way to the room directly under the Map Station. Your Gravity Suit will allow you to jump up to the ledge and your Cross Bombs will allow you to cruise over the pitfall blocks, grabbing MISSILE EXPANSION #52. 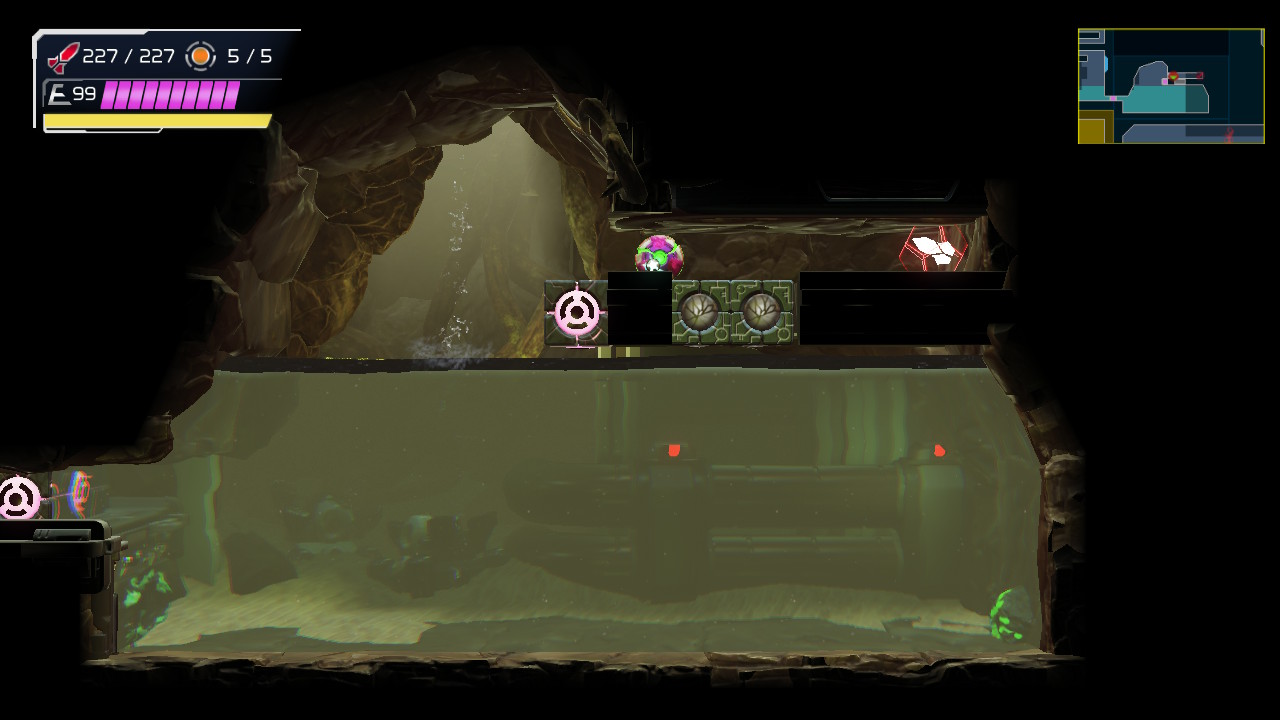 Head to the elevator to Burenia (make sure you take the E.M.M.I. Zone path on the far left of the map). In the room to the right of the elevator room is a pool of water. In the top left corner of this pool is a missile block; shoot it and grab MISSILE EXPANSION #53. 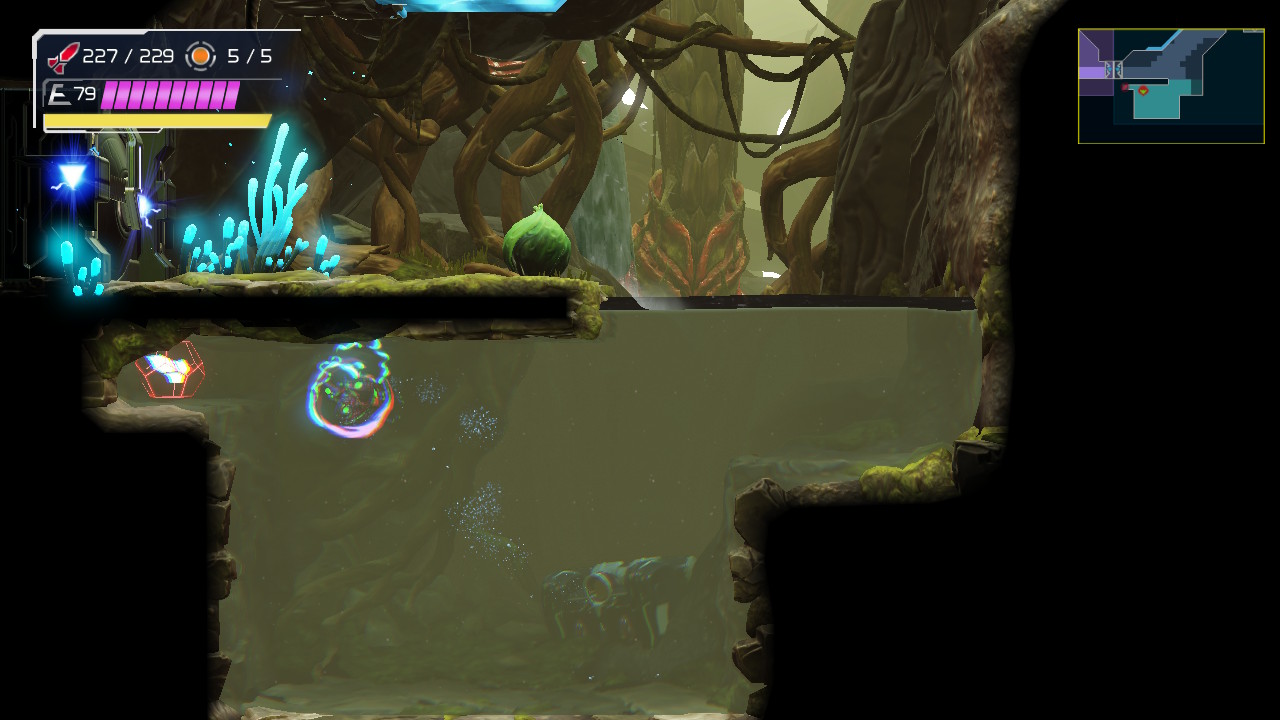