Here you’ll find the location for every Missile Expansion in Artaria, as well as detailed explanations on how to get them and what powerups you’ll need.

In the beginning of the game as you head towards the first E.M.M.I. Zone and Metroid Dread is teaching you about flashing areas holding secrets, slide under the pillar, shoot the tumor in the wall, and BAM! The surrounding area will explode, and wouldn’t you know, your first pickup is sitting right there. Go and grab MISSILE EXPANSION #1! 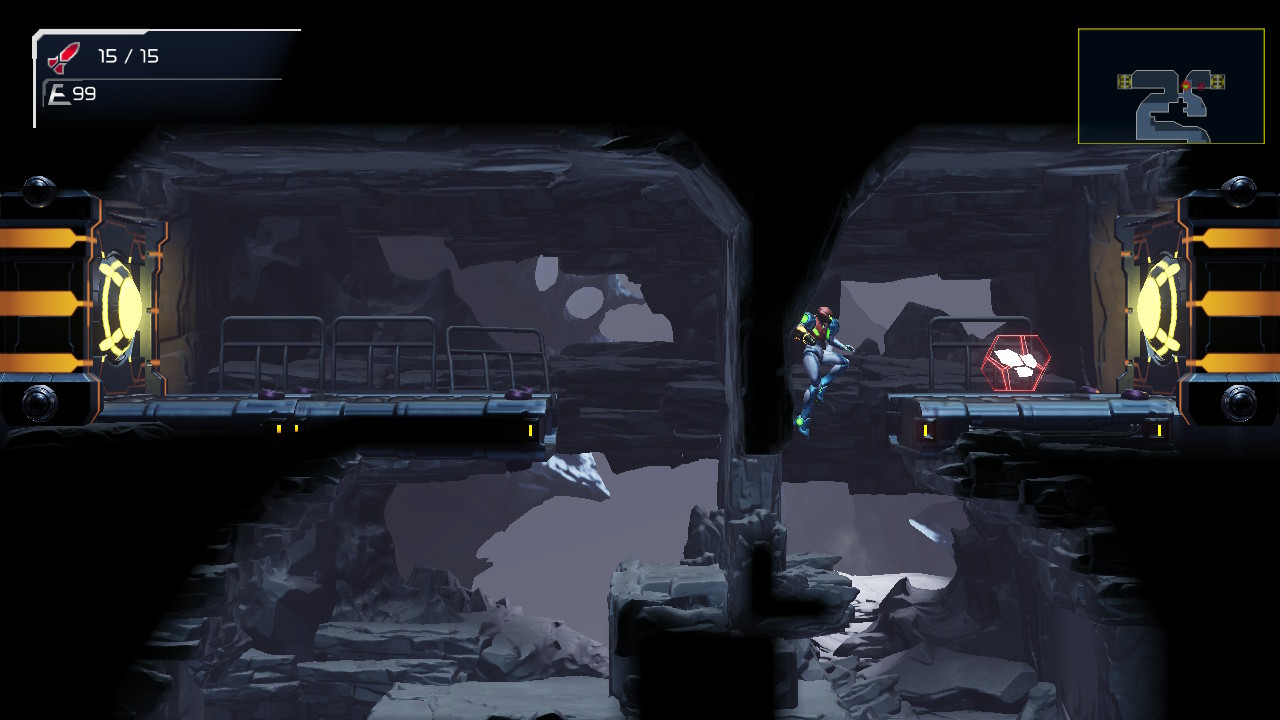 On your way to the Corpious boss room, and to the right of the Network Station with four doors, you’ll see MISSILE EXPANSION #2 just sitting in the motion sensor lock doorway. 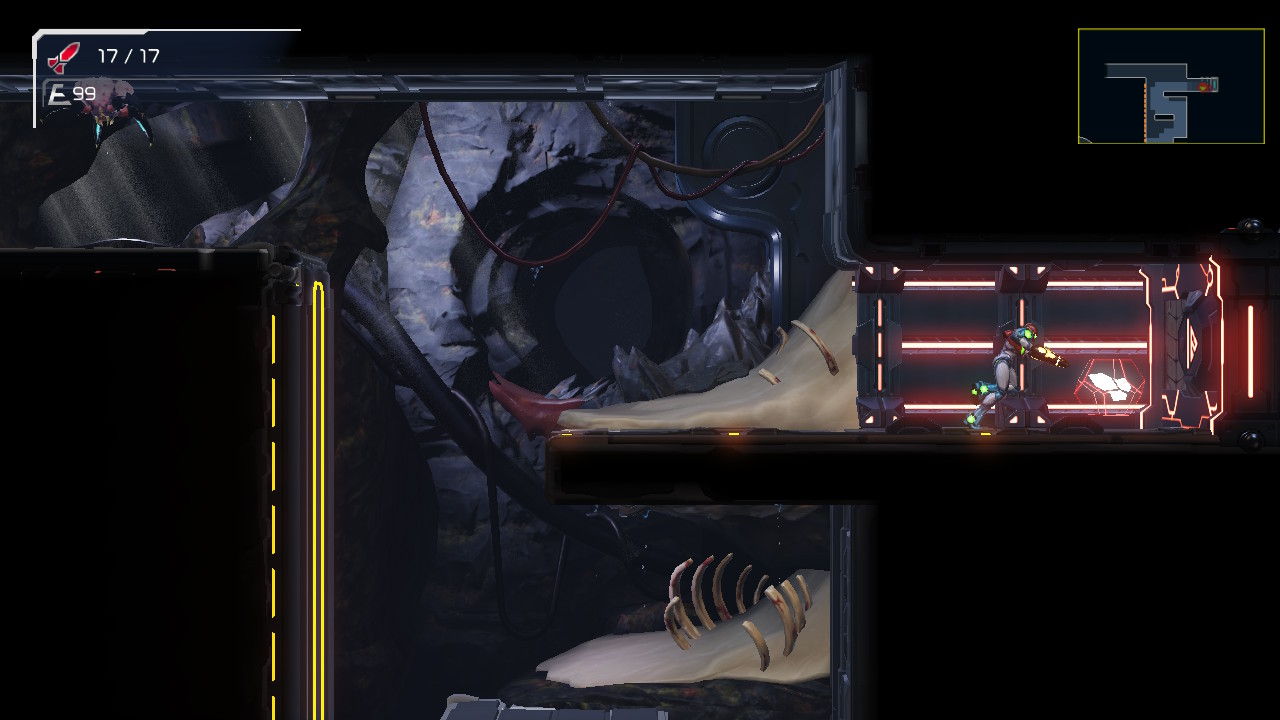 From the Artaria Map Station,  go right one room and walk forward and see that you can either go up or go down. Head up,  blasting away any enemies and get goin’. Go through the top right door, but watch out – there’s a giant enemy crab ready to pounce on you. One well timed melee counter will finish him off, though. Exit the door behind the crab and you’ll find yourself back in the vertical hallway with MISSILE EXPANSION #3 in front of you. 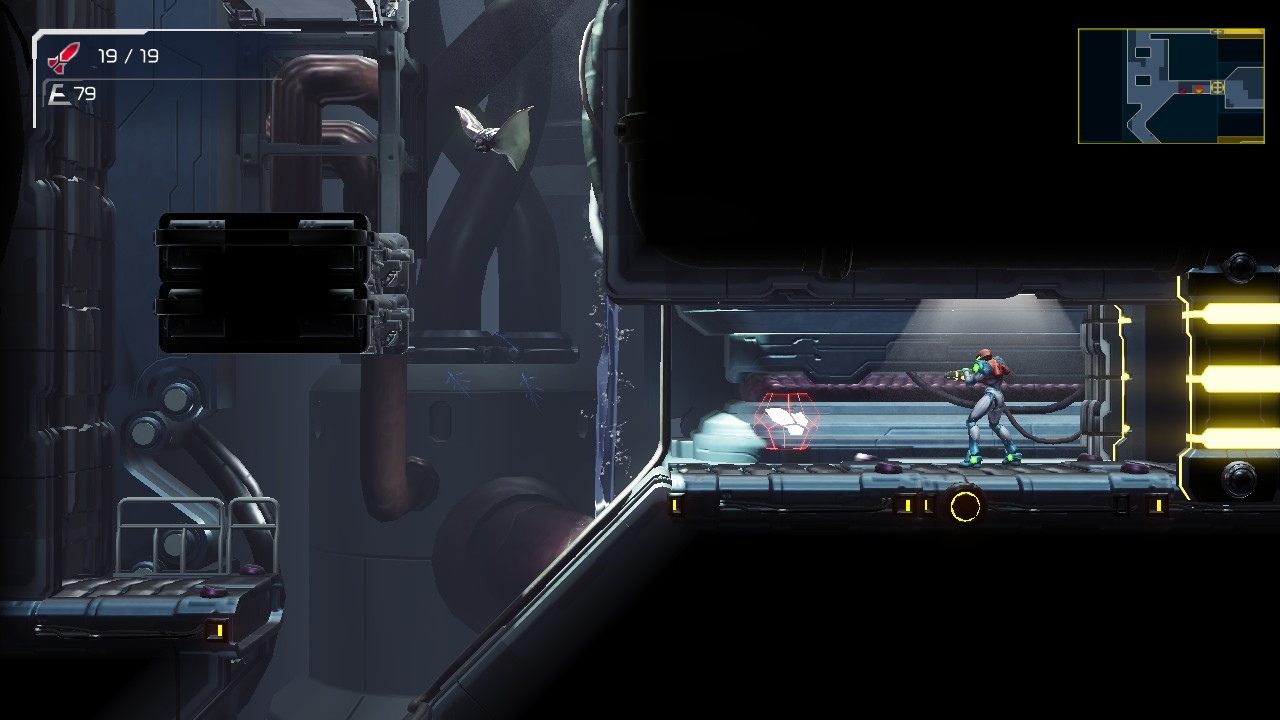 From the Network Room with four doors, charge up a shot and blast your way through the upper right door. In this next room, slide under the middle blocks to grab MISSILE EXPANSION #4. 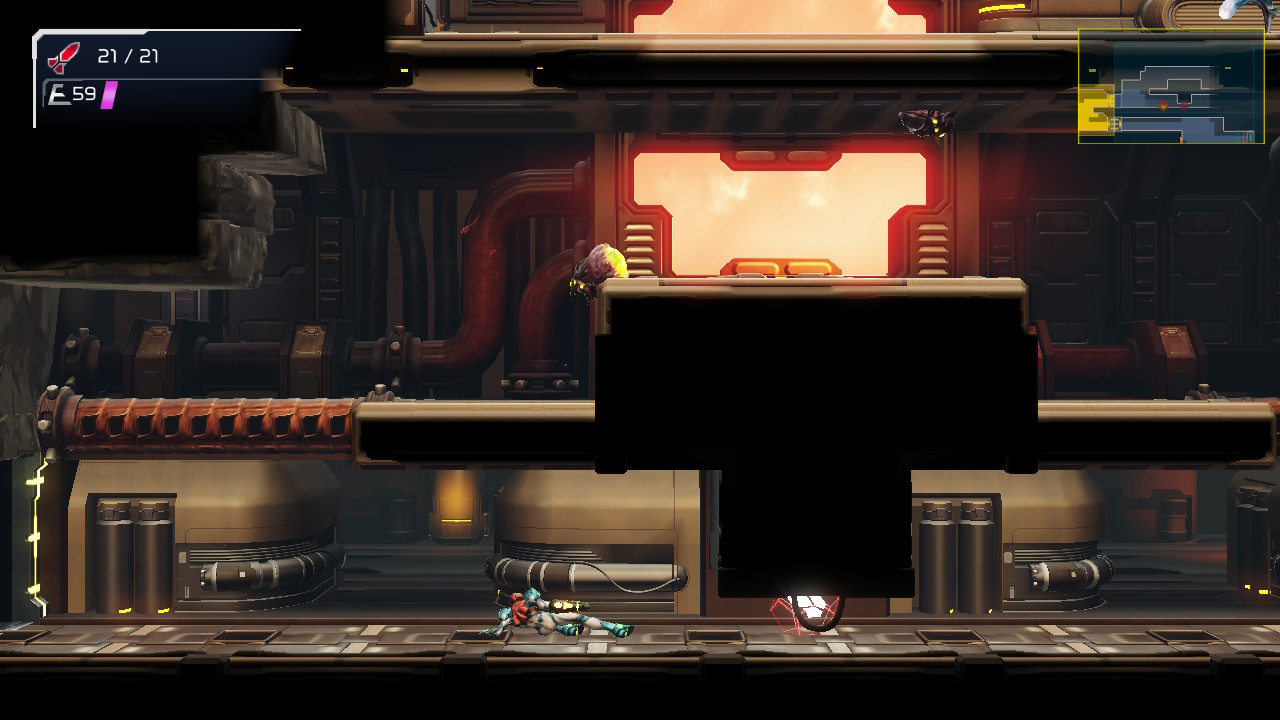 In the room where you need to activate the first thermal fuel switch, fire a missile at the wall to the right of the station and you’ll see that your missile destroyed a red block in your way, revealing a missile expansion. You can’t fit through here, but don’t worry – just fire a shot with your beam at the door and the access will open. Backtrack to the other room and enter above. You’ll grab MISSILE EXPANSION #5! 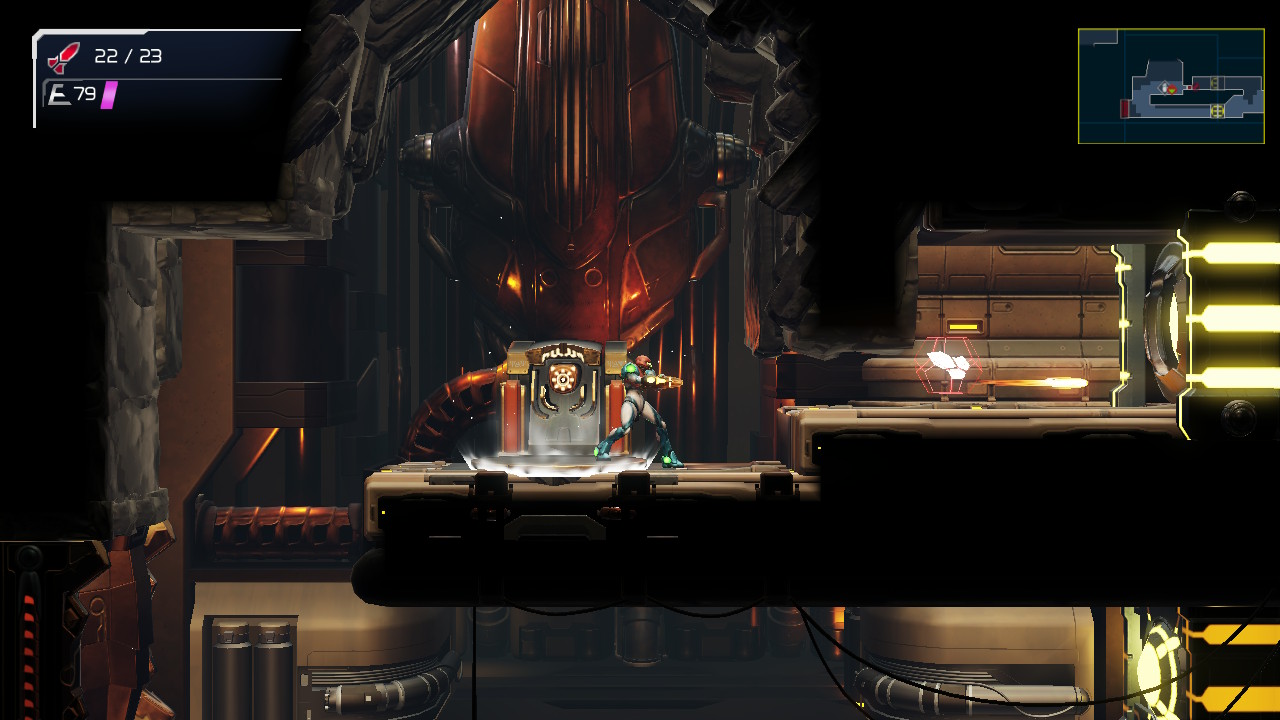 Get to the door on the left and jump up on the tracks, scaling upwards. When you get to the top, shoot the wall to your right and jump over and grab MISSILE EXPANSION #6.+ 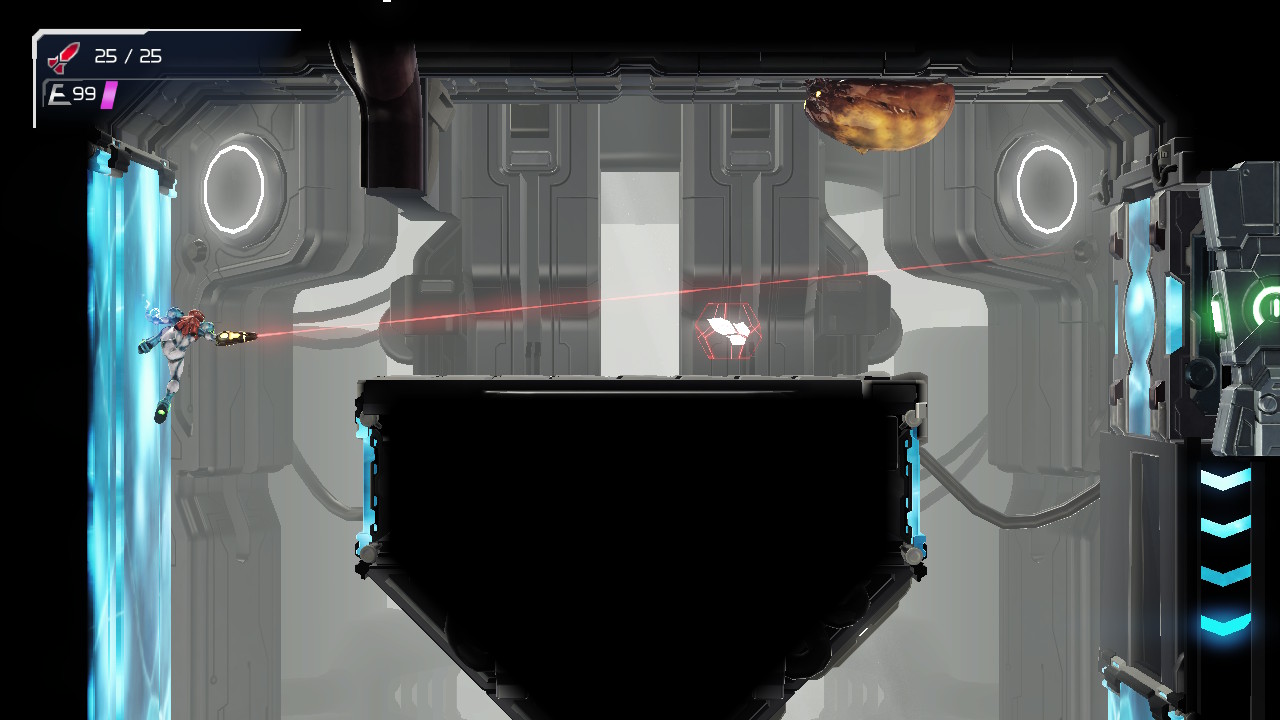 In the Red Teleportal room, drop down directly under the portal and into the water. Once you’re on the water, drop to the left side and immediately turn around. Shoot a missile at the wall and you’ll see a tunnel exposed. Roll over and grab MISSILE EXPANSION #10. 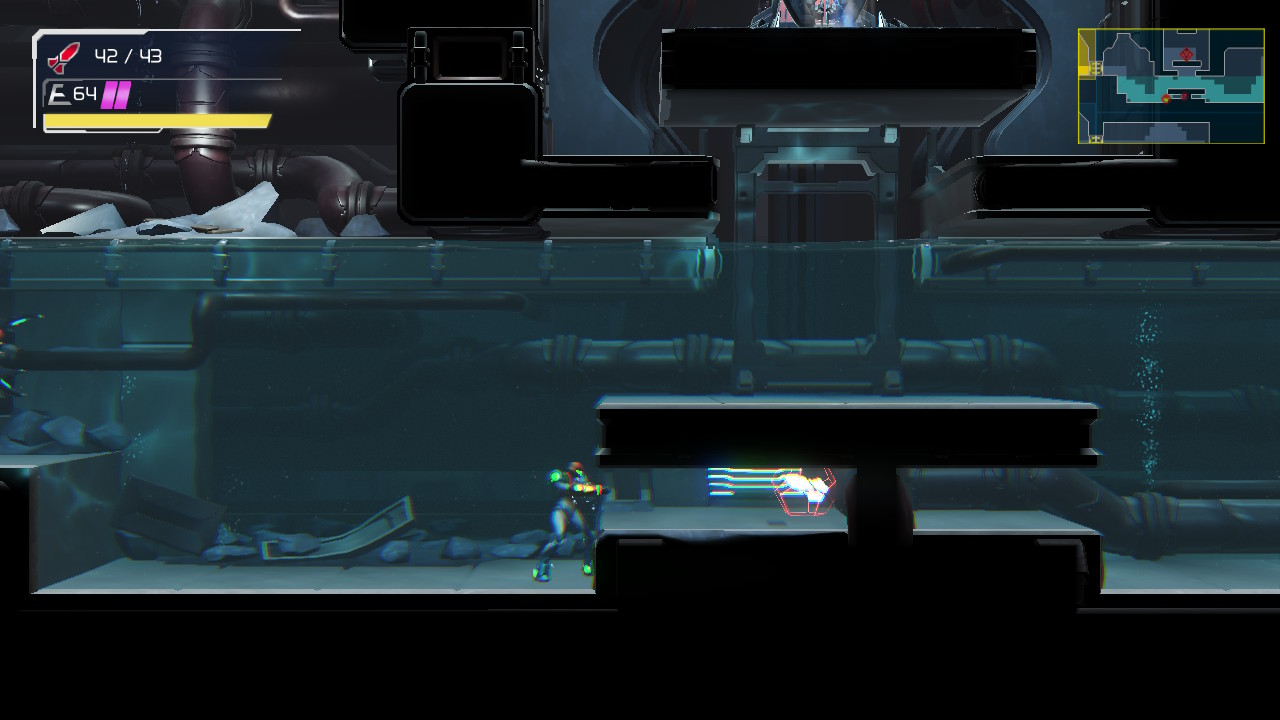 From the Yellow Teleportal Station, head to the top platform of this room and make your way to the right, stopping when you get to the wall. Start Boosting and jump to the other side of the platform once you’re going. The ground right before the door will give away from your impact, allowing you to drop down and grab MISSILE EXPANSION #19. 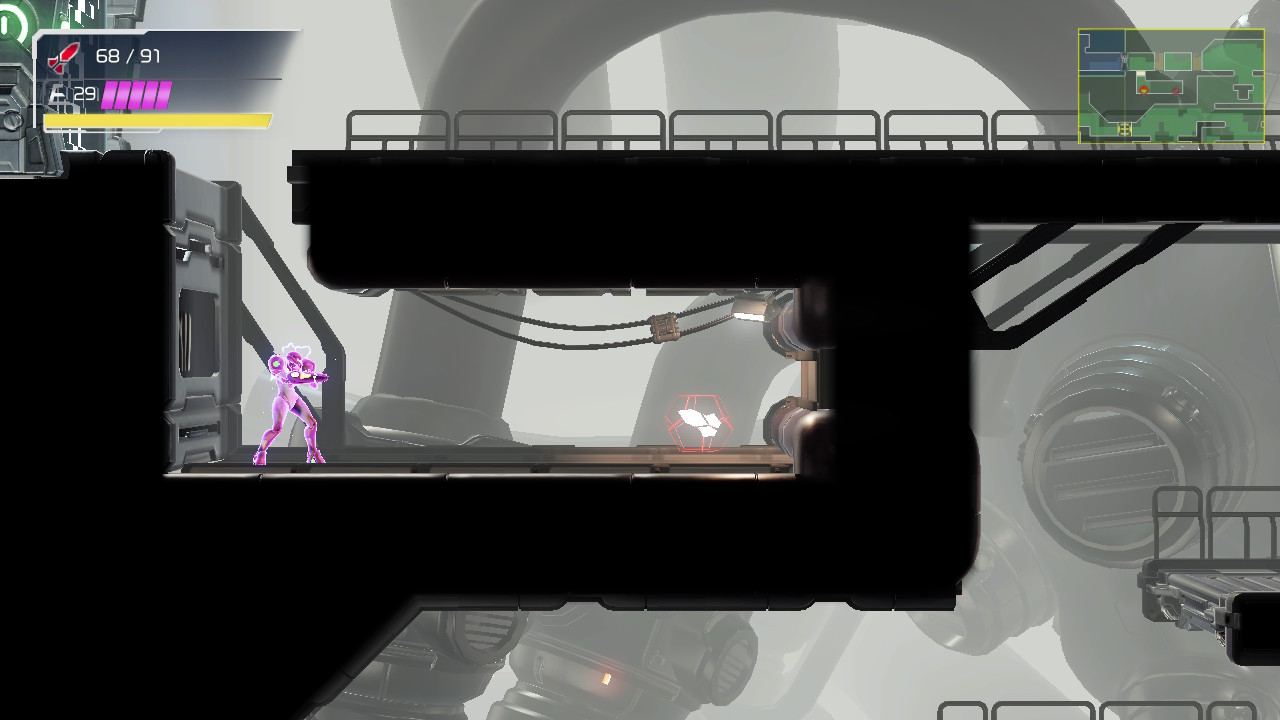 Shoot out the two tumors in the wall, jump up and roll through to grab MISSILE EXPANSION #20. 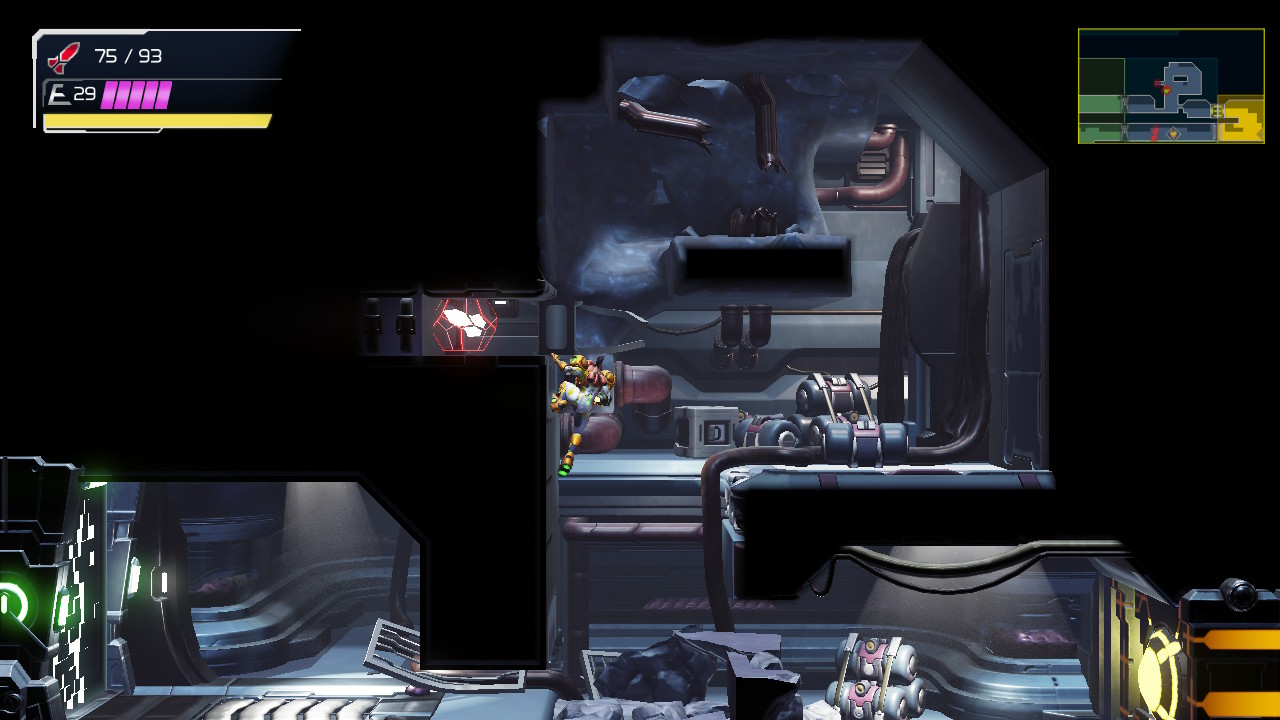 Climb up the spider tracks. There’s a platform up here; simply Flash Shift twice in succession and you’ll crash into MISSILE EXPANSION #21. 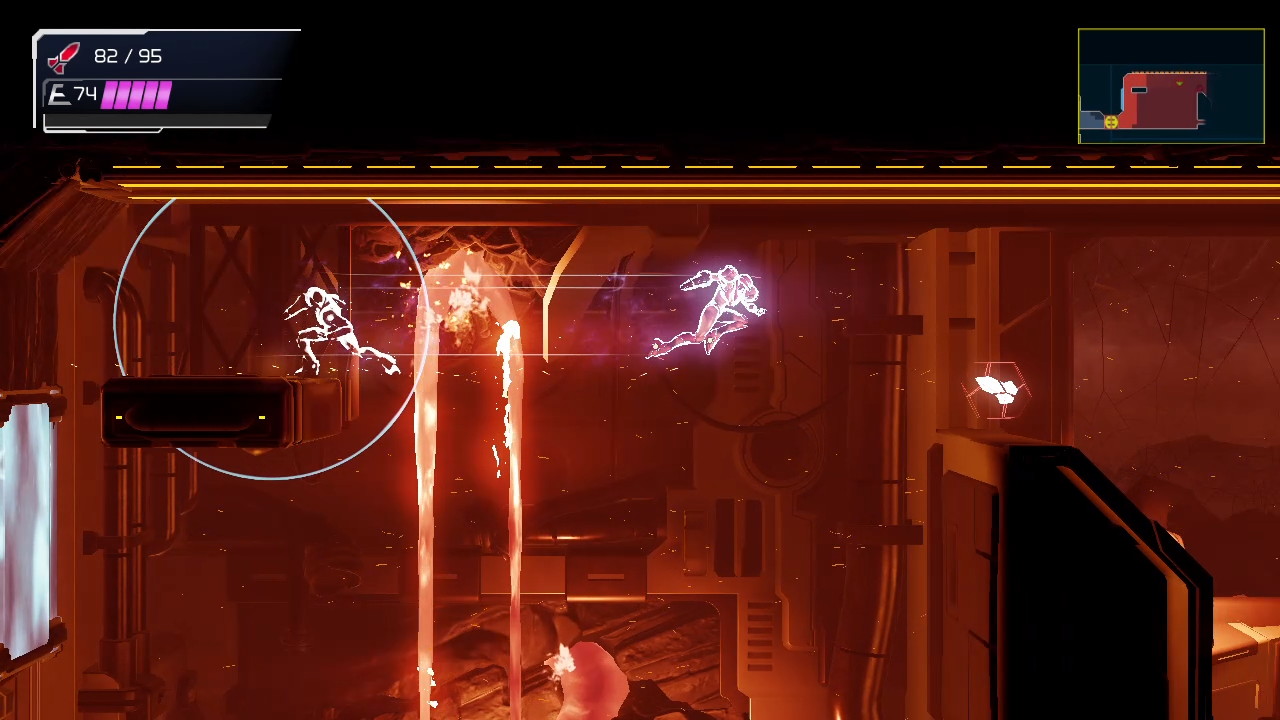 Carefully crawl across the ceiling; this probably goes without saying, but falling in lava = bad, so destroy all the enemies and avoid the fire shooting from the roof. Don’t get too cute, take your time, and eventually, you’ll grab MISSILE EXPANSION #22. If you want to cheat a bit, Flash Shift three times to get back – you may take a little lava damage, but it won’t be much! 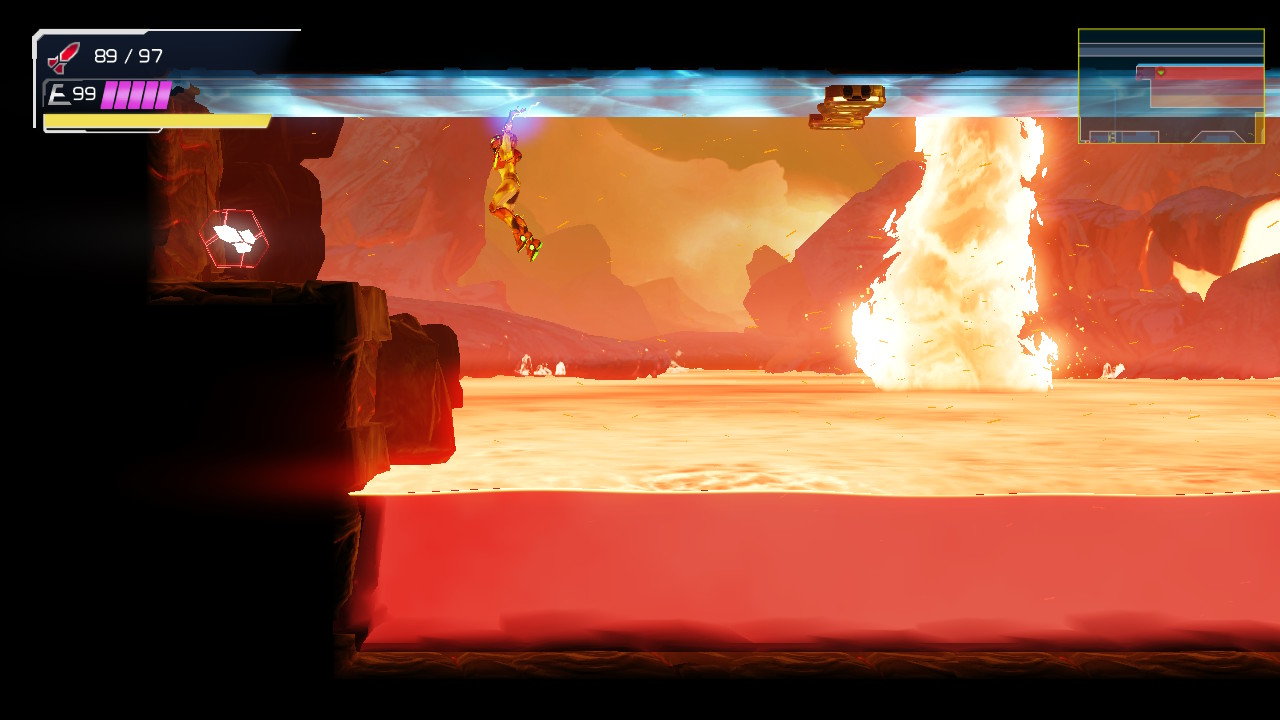 Drop below the Save Station and go through the Charge door. Roll through and lay a bomb to grab MISSILE EXPANSION #23. 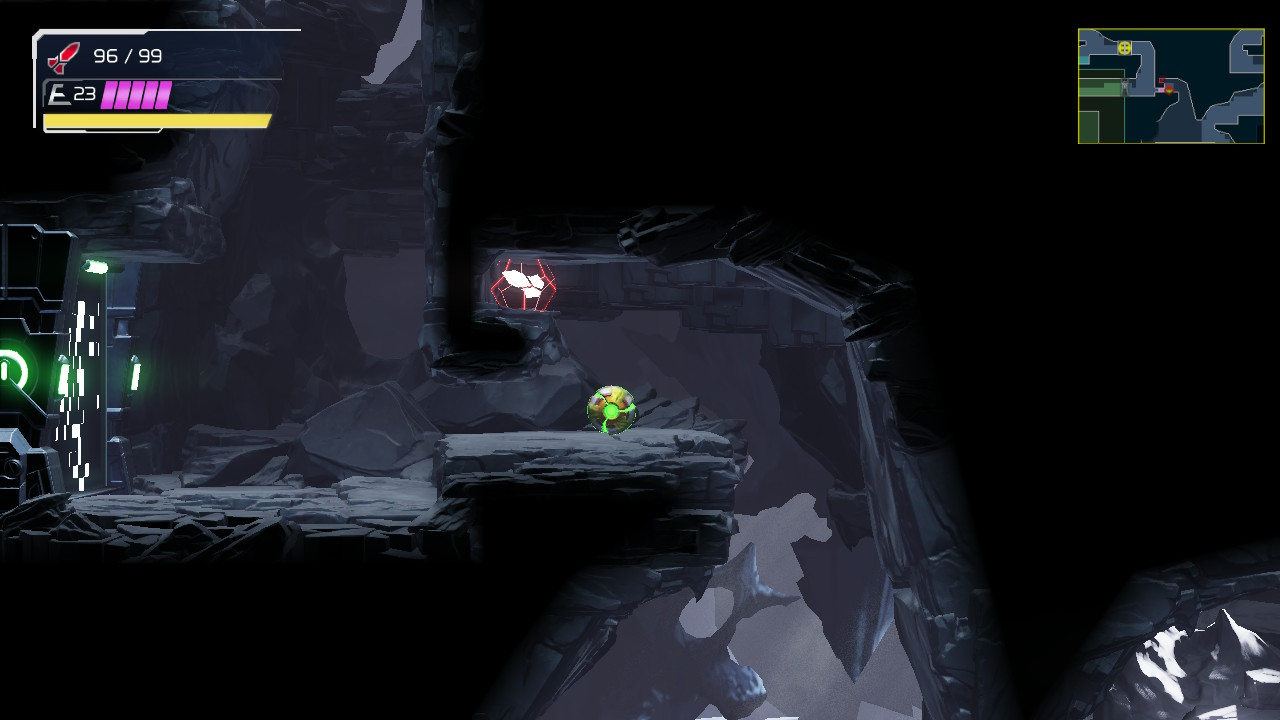 Head towards the top entrance of the E.M.M.I. Zone which housed the broken E.M.M.I. from the games tutorial. Don’t make any sudden movements, as the floor funnels you downwards if you fall. Instead, jump up and Flash Shift twice to reach the upper right side of the room. There’s a little nook for you to roll in; do so, lay a bomb, and grab MISSILE EXPANSION #24. 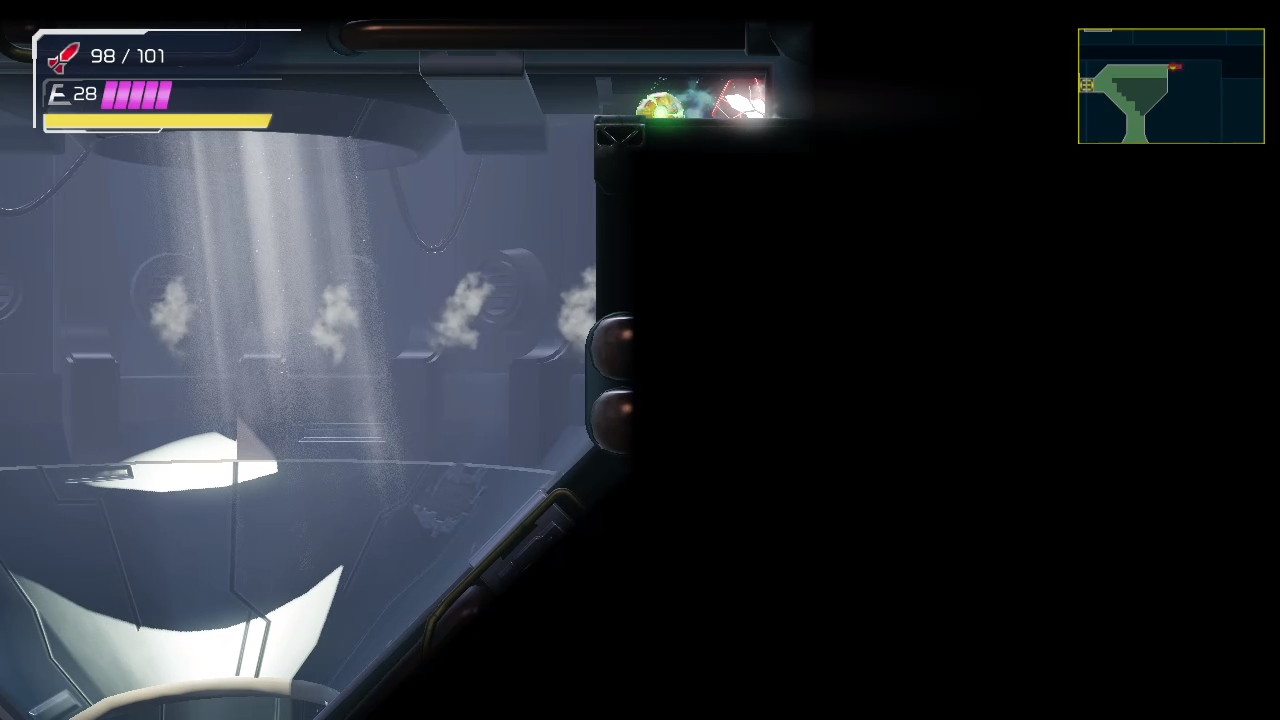 Make your way downwards towards the area you grabbed the Charge Beam in. There should be a spot on your map with an Energy Recharge Station just below the E.M.M.I. Zone – Head there. Once you arrive, jump up on the spider tracks, drop into the pool of water, and grab MISSILE EXPANSION #25. 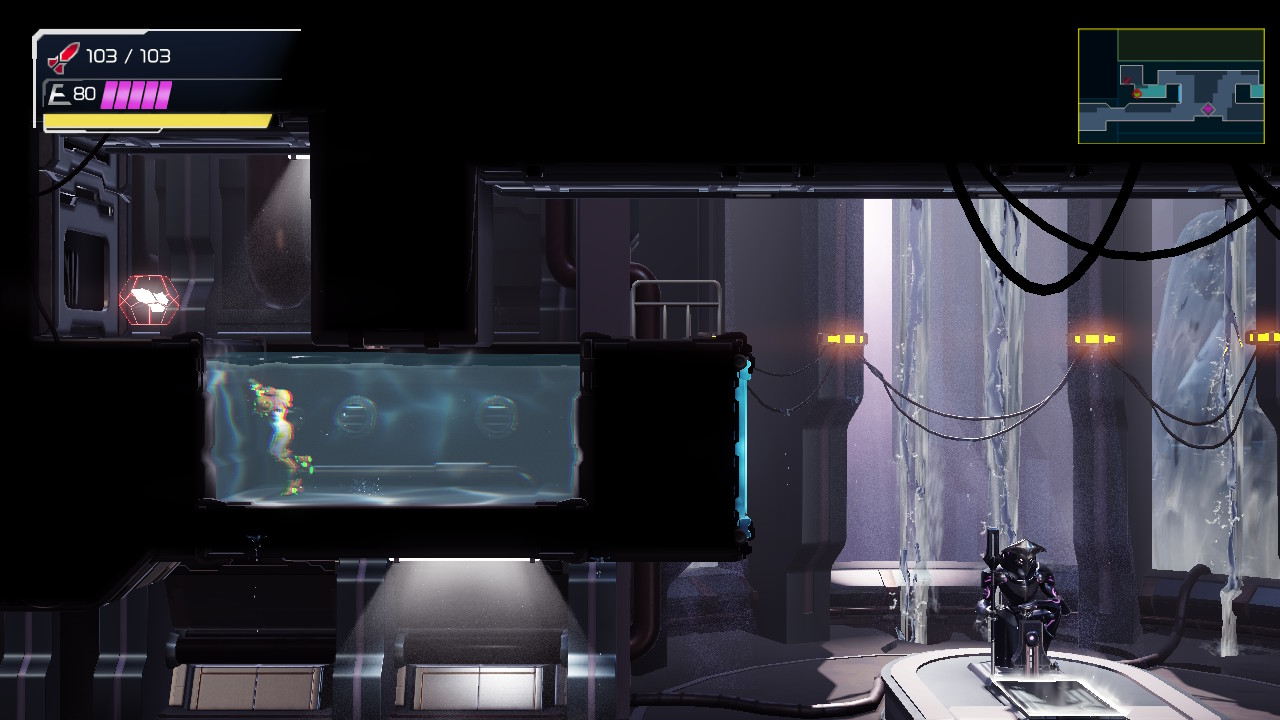 Make your way up into the E.M.M.I. Zone. Keep pressing upwards until you’re in a massive room that’s directly above the Energy Recharge Station and southeast of the Yellow Teleportal Station. You should see some spider tracks on the right hand side of the wall; climb them until you get to an open access door. Go through this door and start Speed Boosting. When you get to the end, stop and charge your Shinespark. Shoot the ledge in front of you and you’ll see a little nook open up; climb in the nook (you’ll be in Morph Ball form) and activate your Shinespark, heading left. You’ll go shooting to the left, past the door, through the giant room, and into a little tunnel where MISSILE EXPANSION #26 will be. Check out Shinespark Puzzles for a video on how this is done. 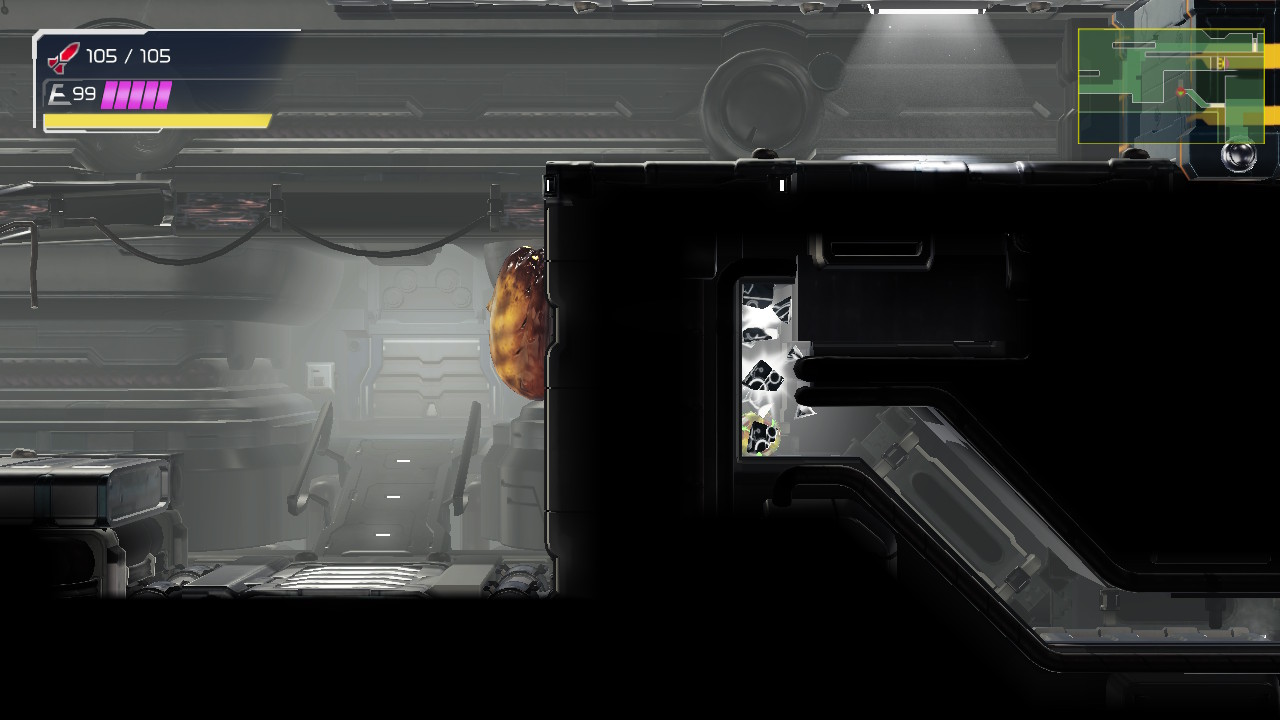 From the elevator room going to Burenia, go through the door and walk straight, minding the teeter-totter, and you’ll walk right into MISSILE EXPANSION #36. 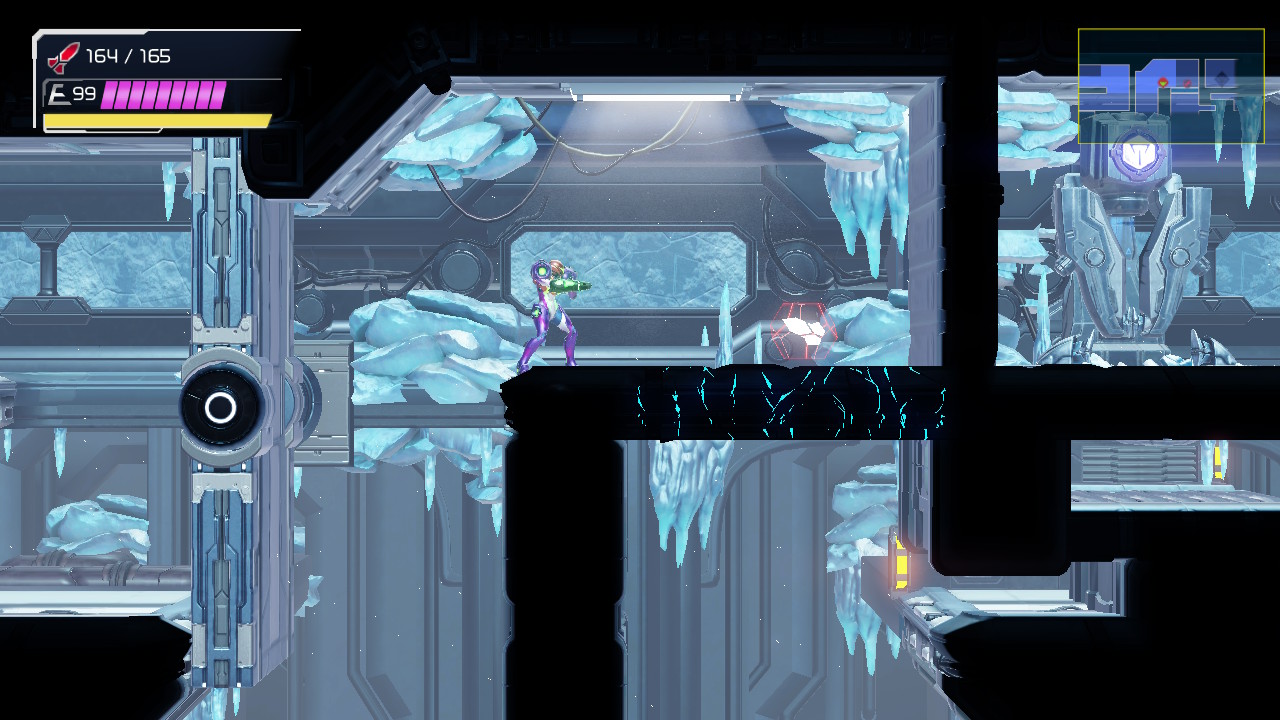 In the room directly to the left of where you fight the Spear Chozo Soldier,  jump all the way up to the top of the room to grab MISSILE EXPANSION #37. 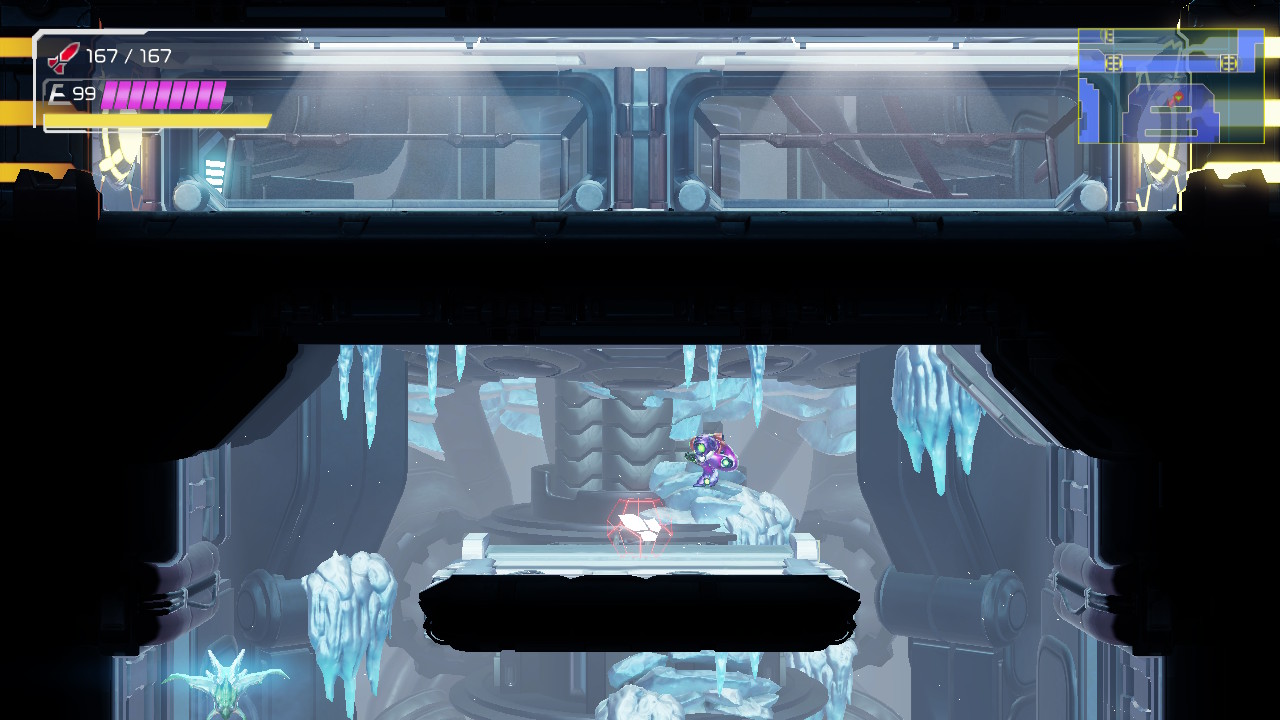 Drop down to the ground and start Speed Boosting. As you run, you’ll smash through a pillar hanging down, but there is a second pillar made up of not Speed Boost blocks, but Missile blocks. Shoot straight ahead at them as you’re running and then get ready – when you’re about to hit the edge before the door, SLIDE! You’ll go ripping through some Speed Boost blocks and roll, eventually hitting MISSILE EXPANSION #38! 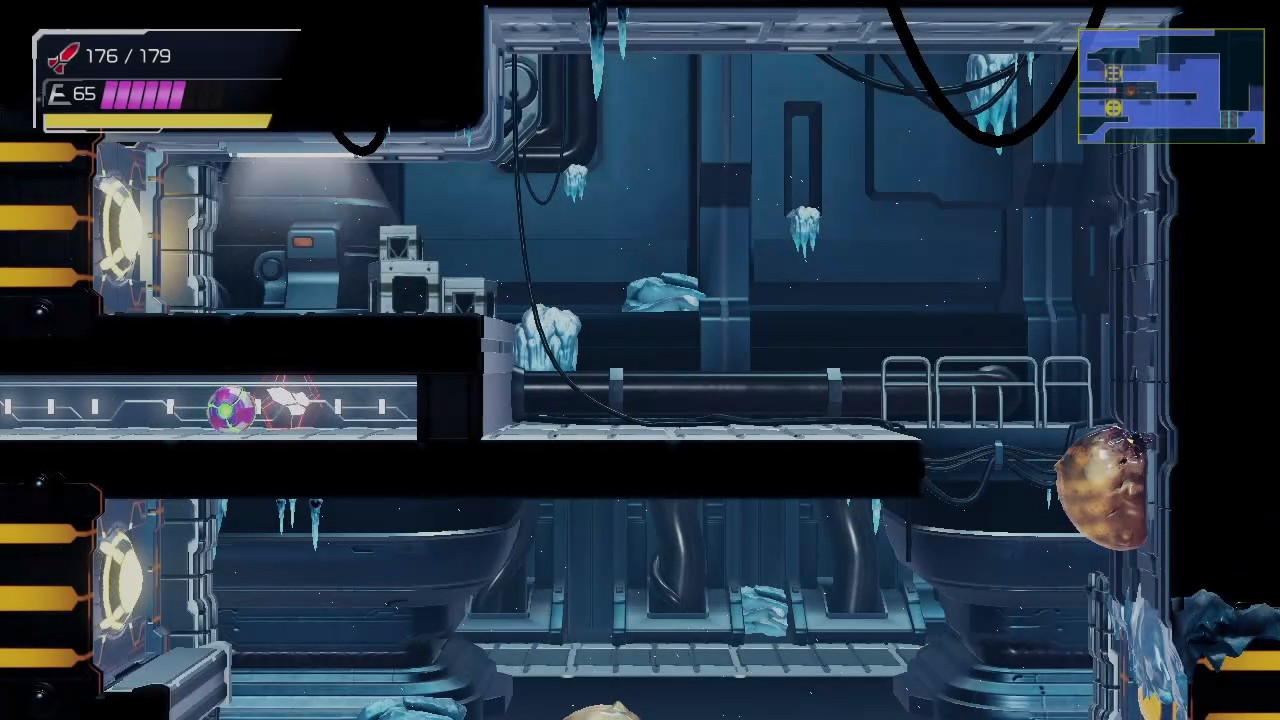 Head to the frozen room to the left of the Spear Chozo Soldier boss room. Jump up halfway, and then open the Grapple Door in the middle-right. Walk forward, drop into the water, lay some bombs, and then drop down. Use your Diffusion Beam on the wall to blow up a hidden tumor. Once the path is cleared, jump up and grab MISSILE EXPANSION #40. 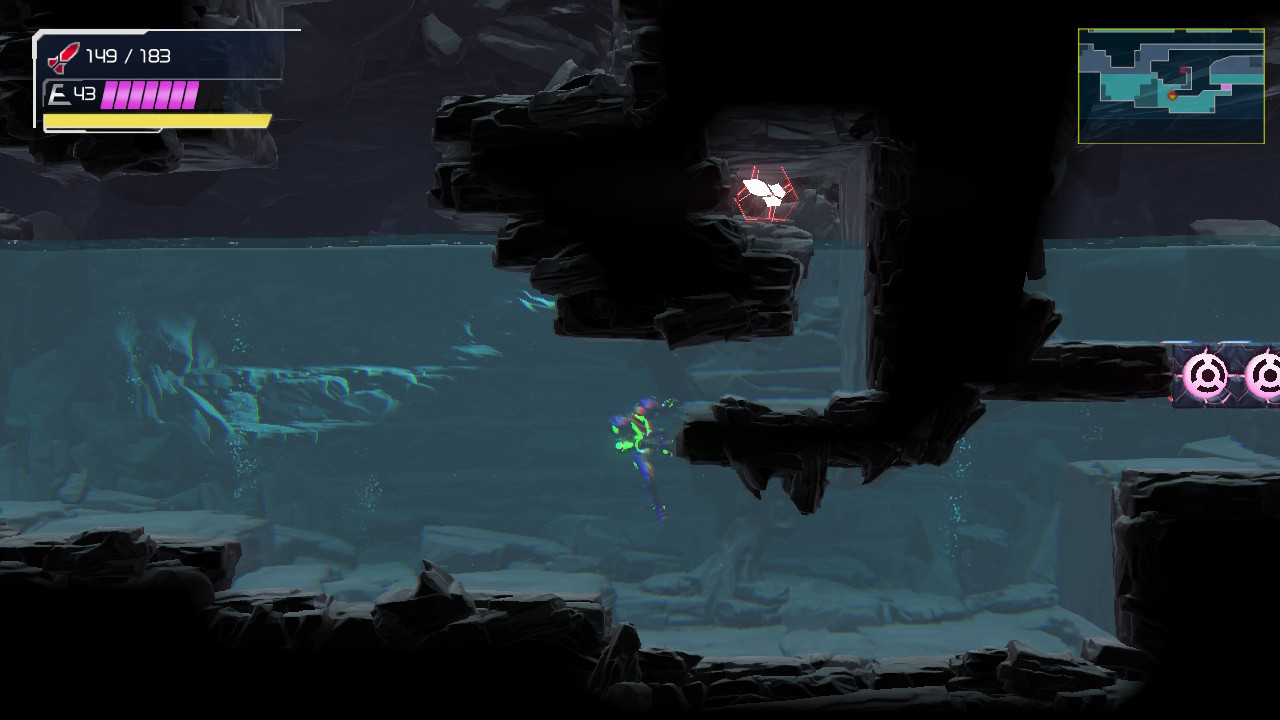 Head to the Burenia elevator room and shoot the wall on the right hand side. There’s a little passageway hidden there, so use your Screw Attack to break the rest of the blocks in your way and grab MISSILE EXPANSION #41! 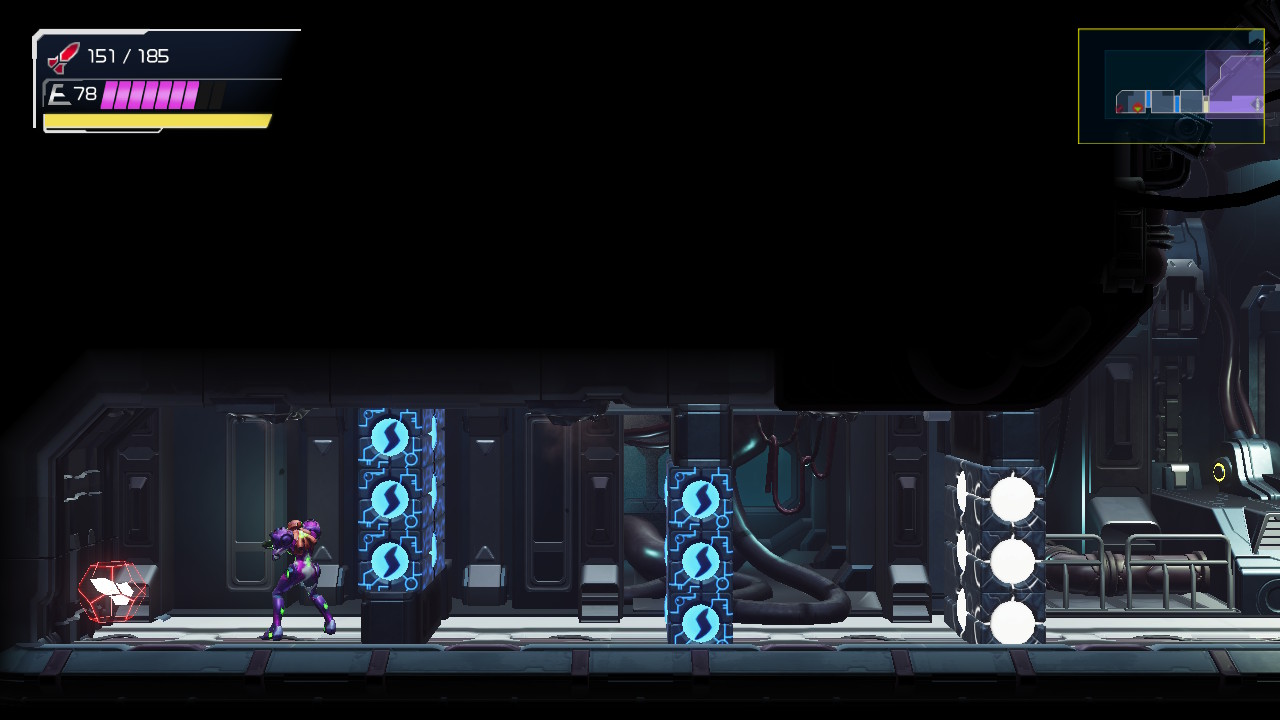 Use your Grapple Beam to pull up the trapdoor that fell earlier. Doing so will let you jump across to MISSILE EXPANSION #64. 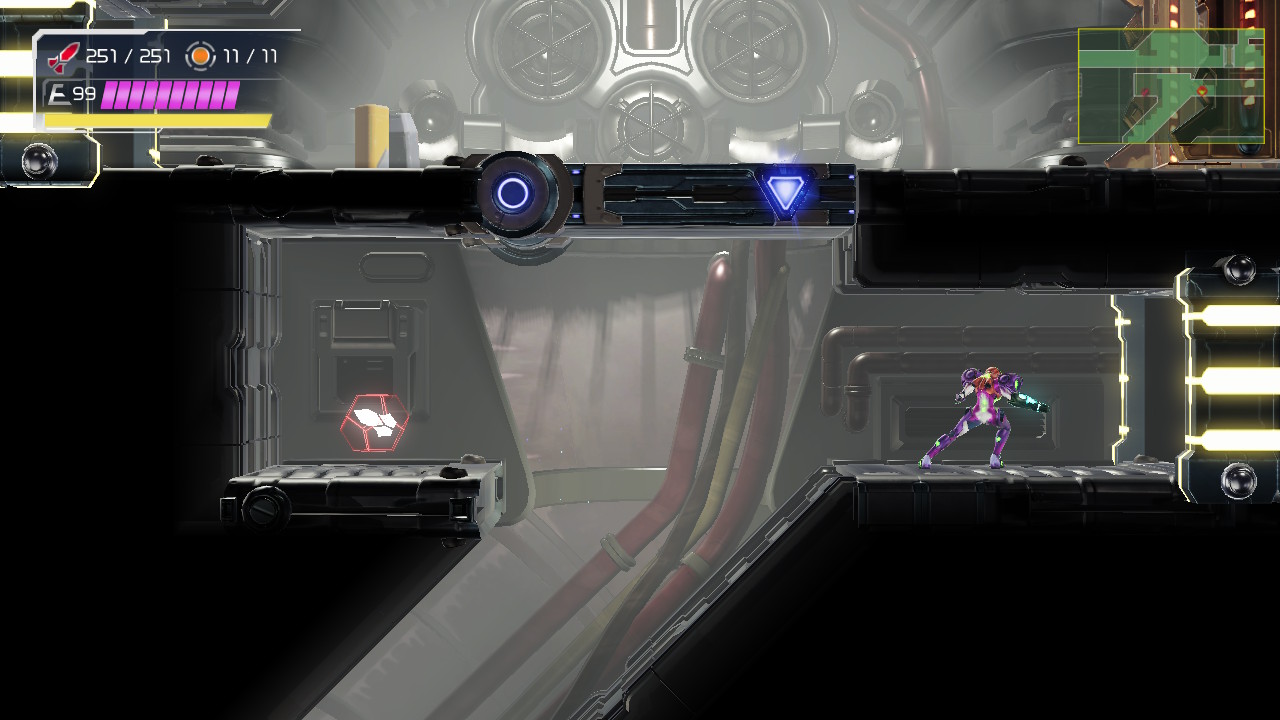 Head towards the room you got the Varia Suit in. Along the way, you’ll see a Super Missile cover door; go through the door and lay a bomb, jump up, and grab MISSILE EXPANSION #65. 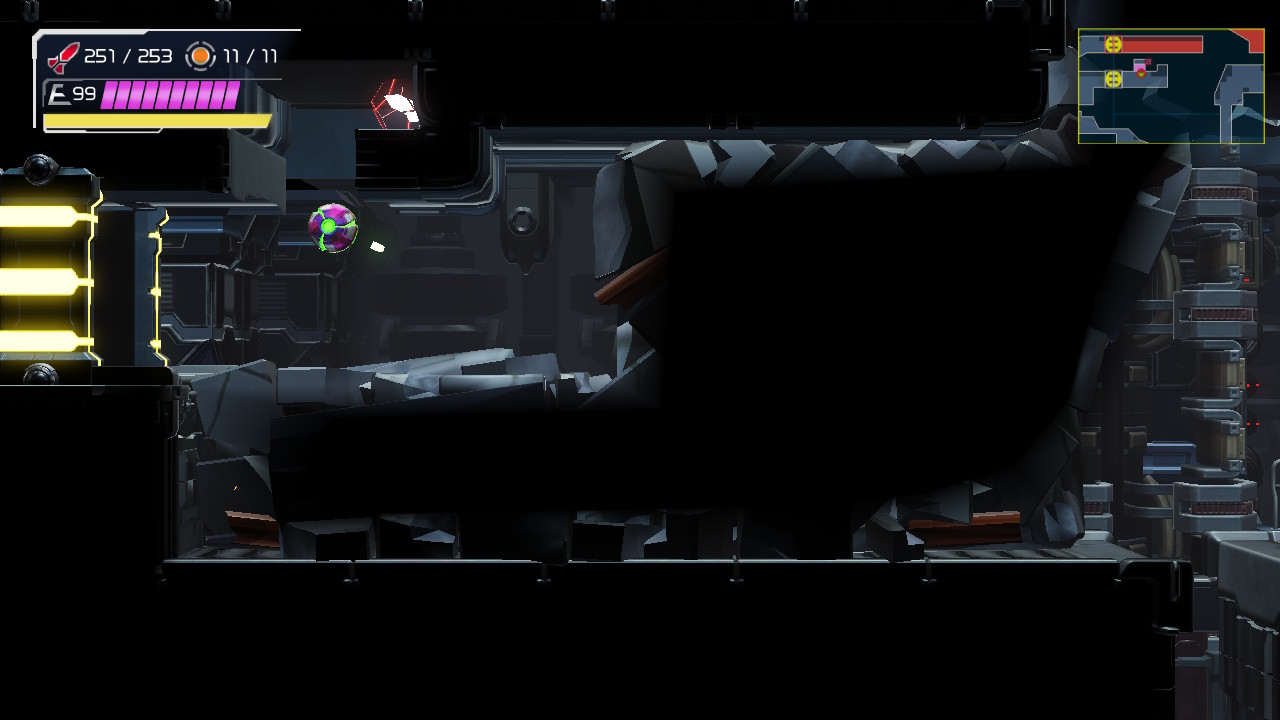