Here you’ll find the location for every Missile Expansion in Cataris, as well as detailed explanations on how to get them and what powerups you’ll need.

Once the second thermal switch has been activated, make your way back to the room that the fuel line originally went into. You’ll see that the room isn’t too hot to traverse anymore, so head inside. Go directly across and head through the charged door – dropping down will only lead you to a dead end. Once inside the next room, deal with the creepy creature, and then jump up on the ledge. Shoot out the blocks above you and grab MISSILE EXPANSION #7. 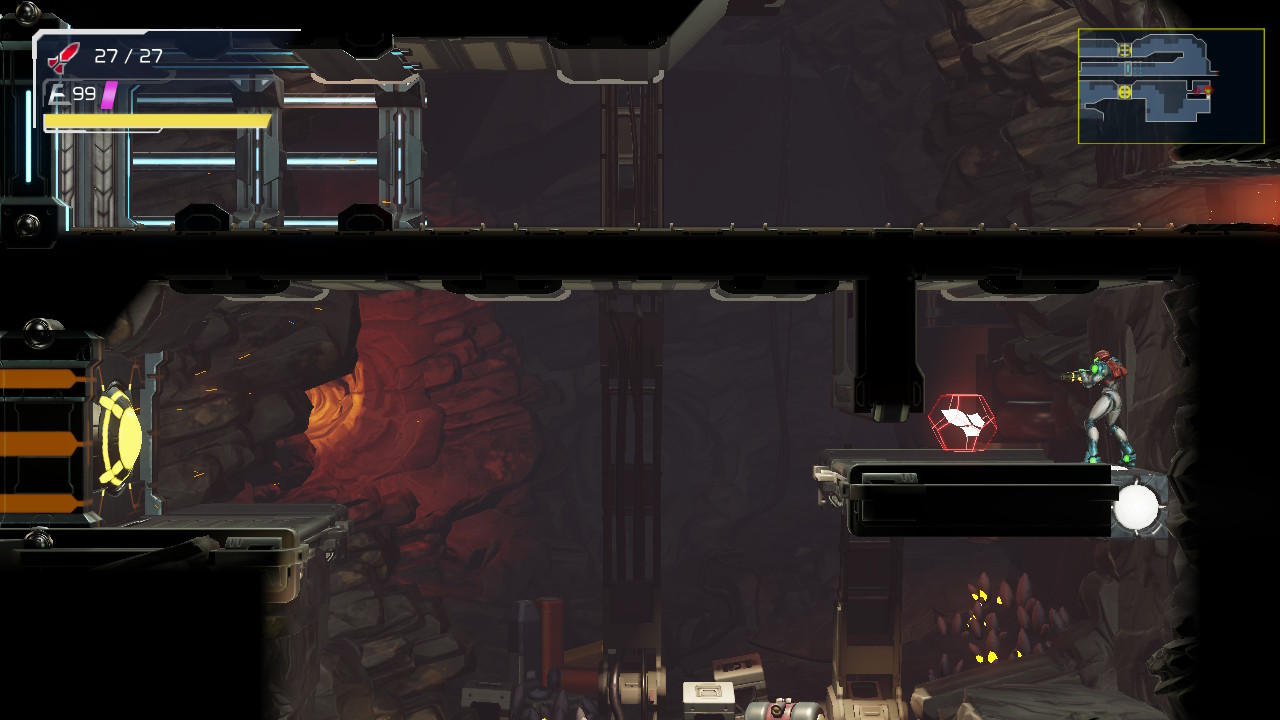 In this room, there is a robotic enemy called a Shakernaut. It’s imperative that you counter and destroy this guy asap, since his beams hit insanely hard. Once you’ve done so, scale the spider tracks along the ceiling. Go to the far left and shoot the top part of the wall with a missile. One more missile will clear the path and you’ll be rewarded with MISSILE EXPANSION #8. 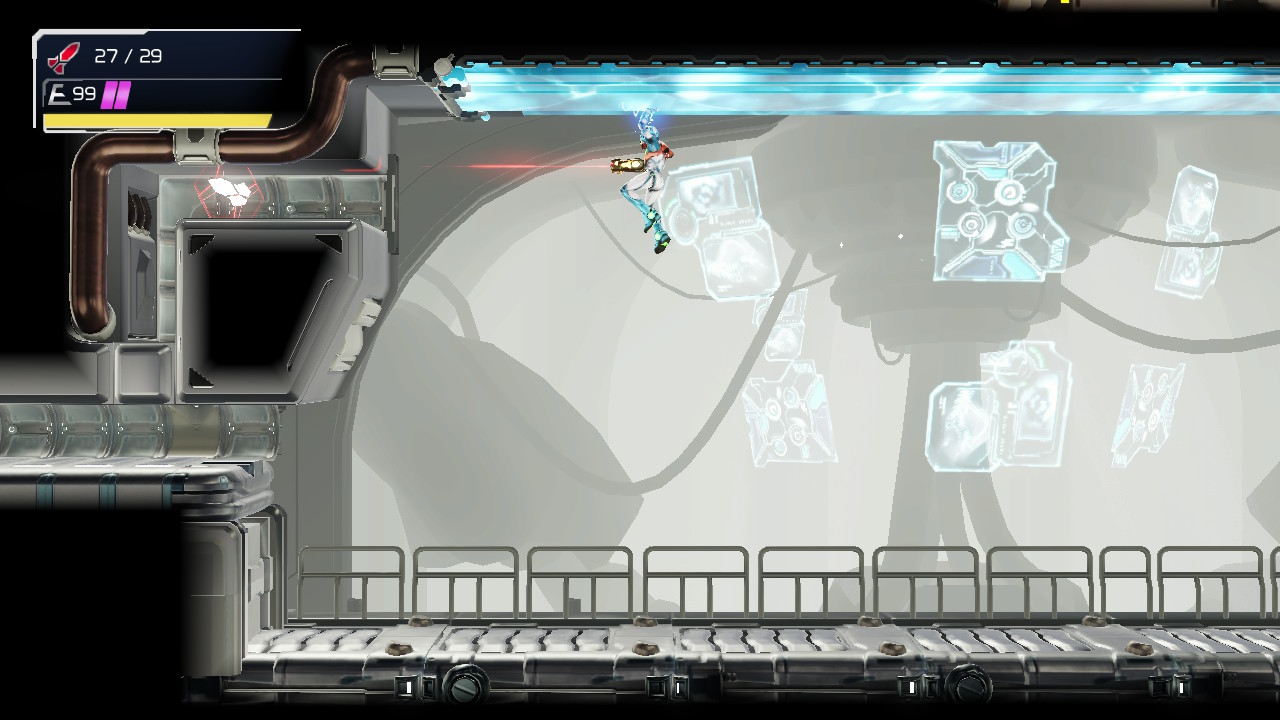 In the room you have the final encounter with the E.M.M.I. with before destroying it, you’ll see an expansion on the other side of a small tunnel just sitting for the taking, so roll through  and grab MISSILE EXPANSION #9! 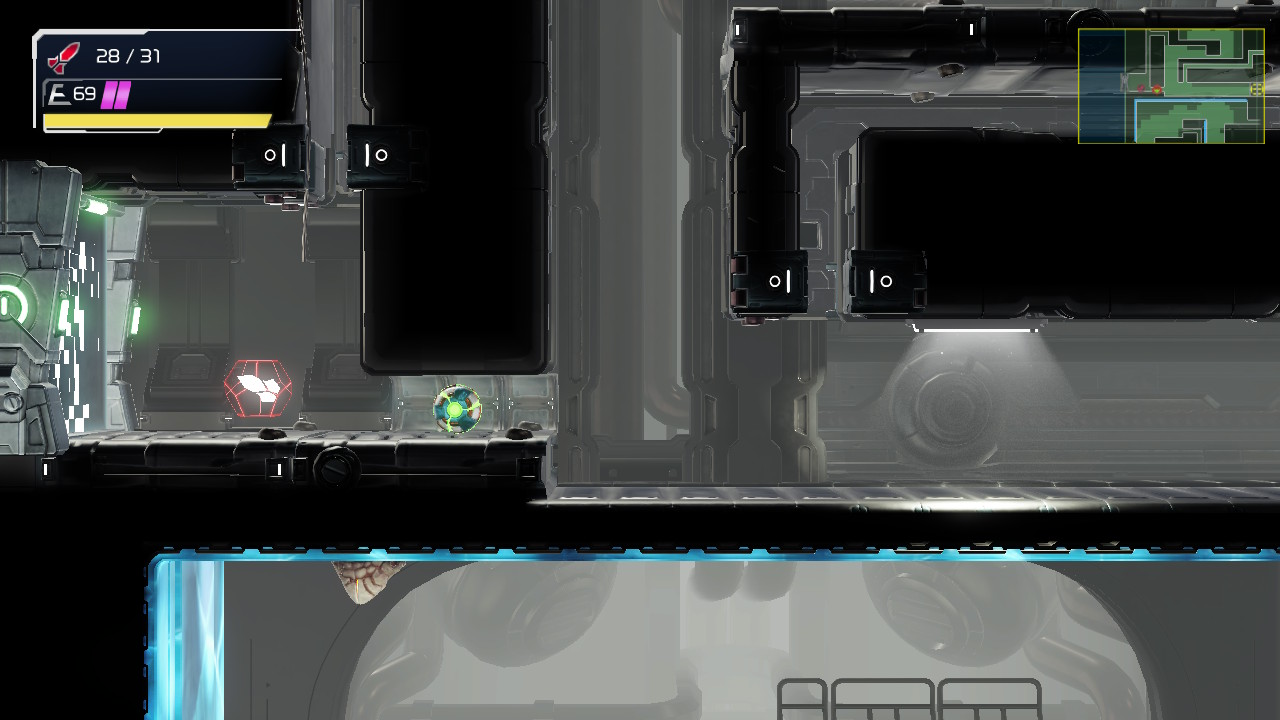 From the Purple Teleportal Station, climbing the wall to the left. Keep climbing up, blasting away all the enemies, and get yourself to the spider track on the upper right part of the wall. Use your Diffusion Beam to blast the tumor on the wall and jump over and grab MISSILE EXPANSION #11. 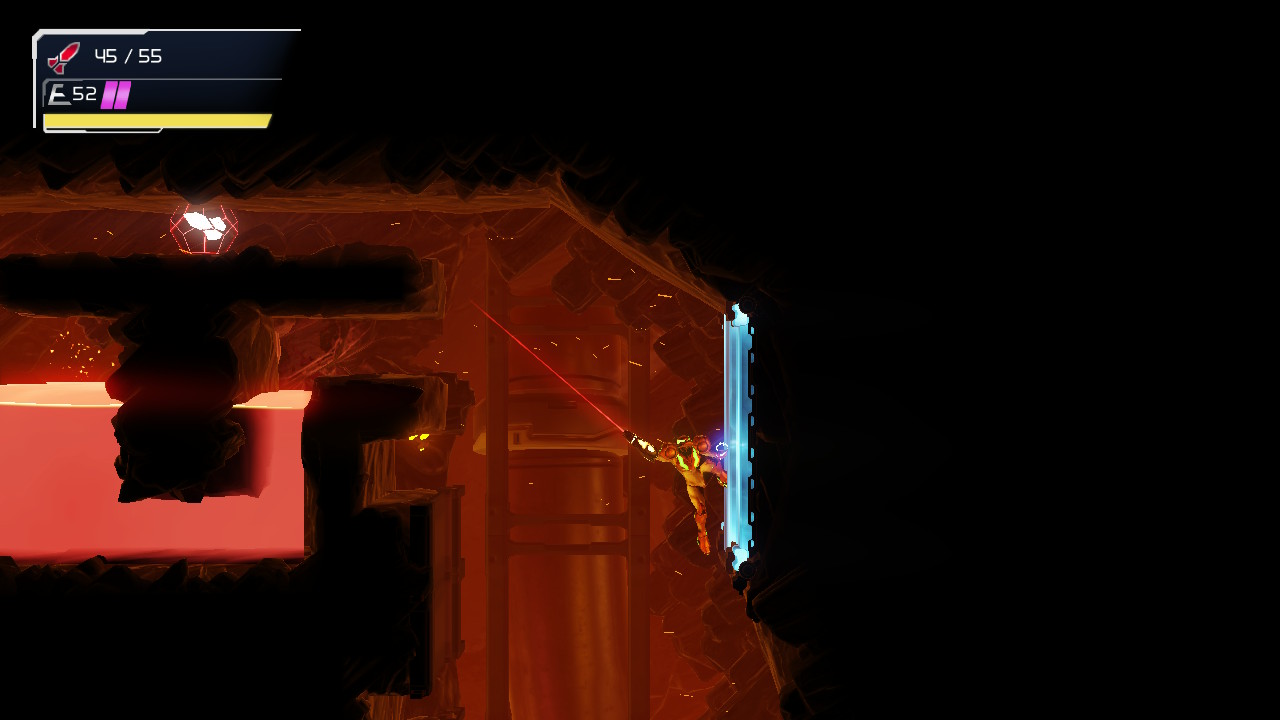 From the Artaria elevator, go left and drop all the way down to the bottom of the vertical hallway. Use your Diffusion Beam and shoot the tumor in the wall, roll over and grab MISSILE EXPANSION #39. 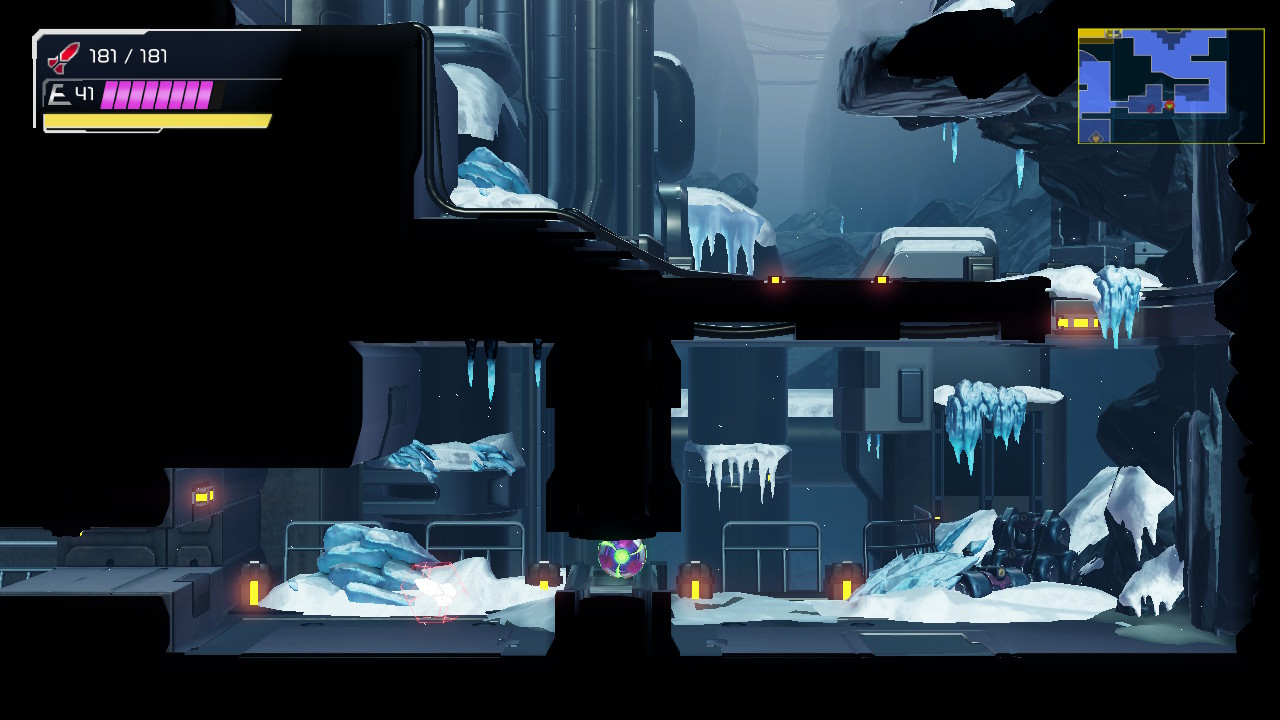 From the Red Teleportal Station, make your way to the room above where you grabbed the Diffusion Beam. Once there, roll into the tunnel under the lower platform. Your Gravity Suit will protect you as you roll into MISSILE EXPANSION #66. 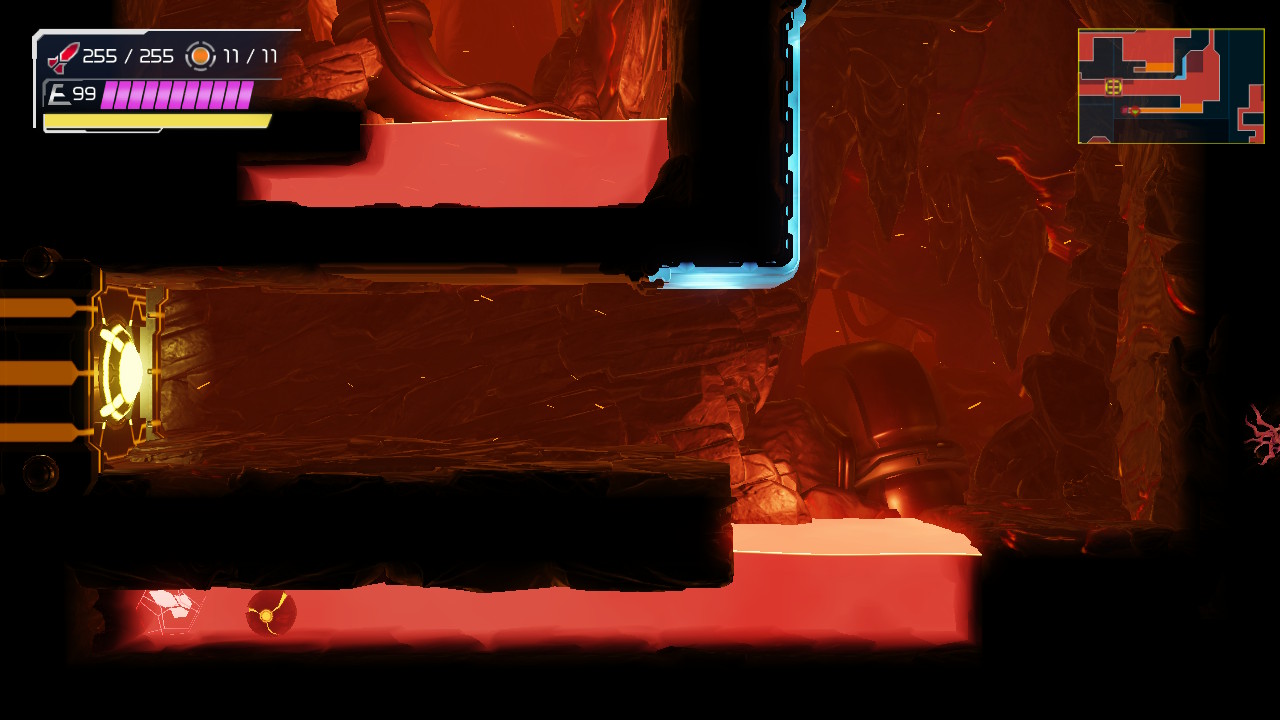 Get inside and jump over to the right side of the room. There are three tumors that all need a good destroyin’, so shoot them all and climb up into the tunnel that appears in the top corner of the room. Roll over to grab MISSILE EXPANSION #67. 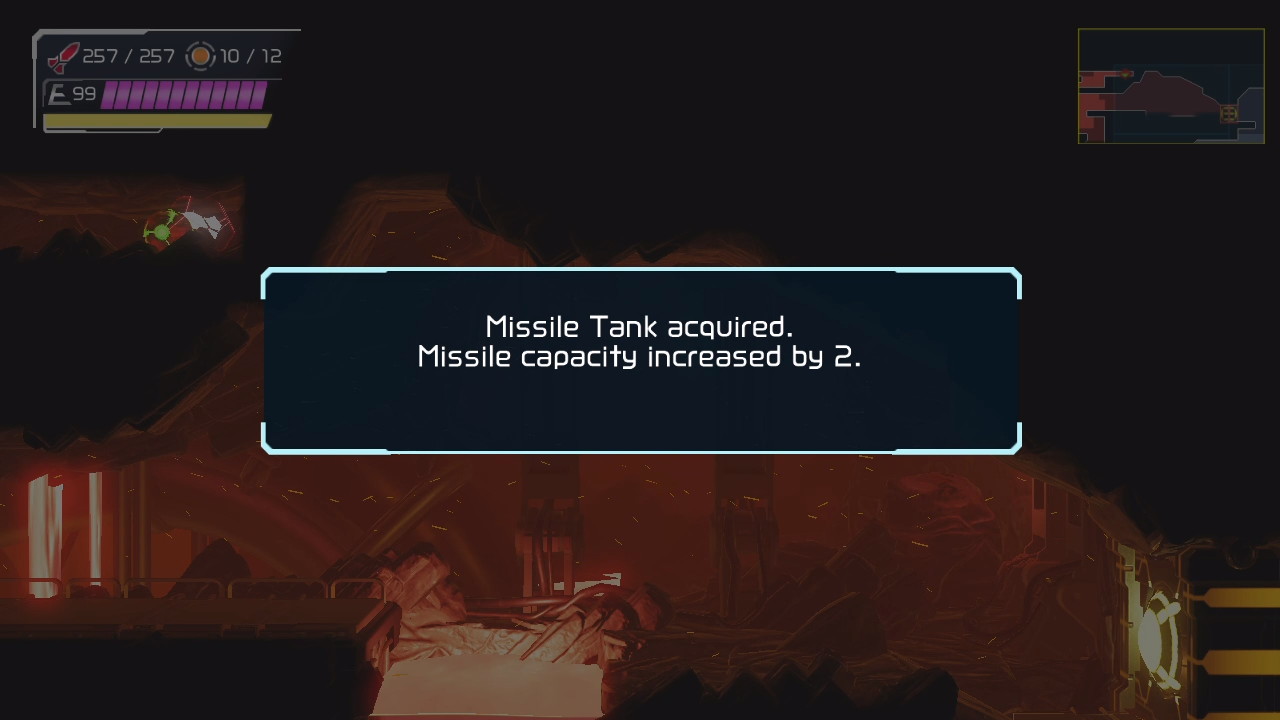 Get to the higher temperature room above the Network Station in lower Cataris. Simply jump over and up to the top right corner to grab MISSILE EXPANSION #68. 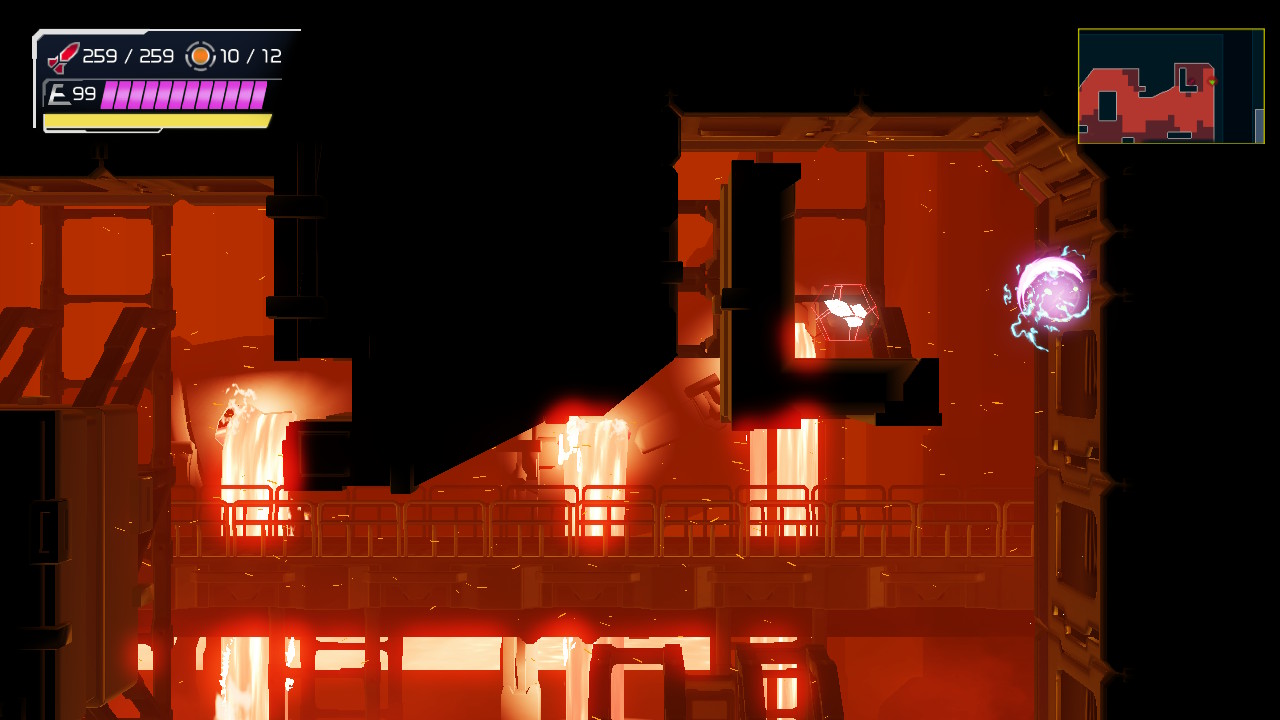 Head to the hallway above the Experiment Z-57 boss room. You’ll see the thermal doors are shut tight, but you can Screw Attack through the left side wall to create a passageway to the room, as well as grabbing MISSILE EXPANSION #69 at the same time. Nice! 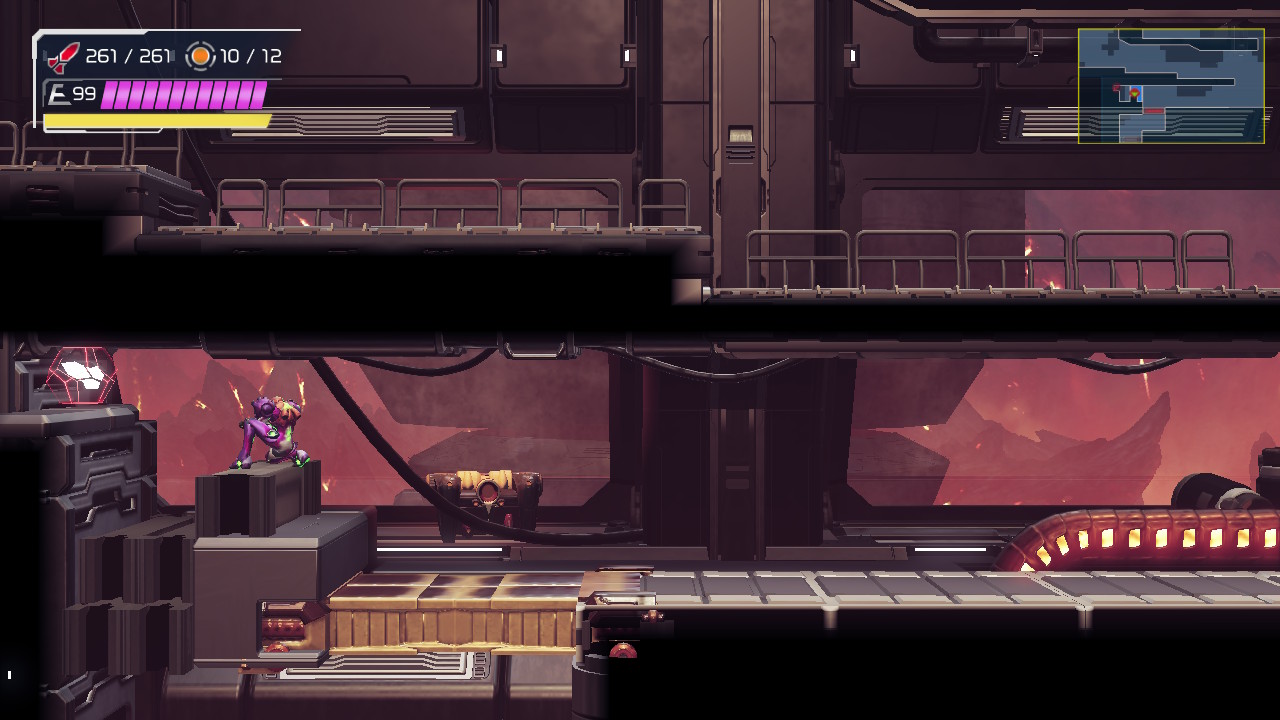 From the Blue Teleportal Station, head up to the top ledge and lay a Power Bomb. You’ll be in a very long, vertical room. Jump to the very very top, crawl into the nook, lay a bomb, and then fall down into the tunnel. When you land, blow up the blocks and grab MISSILE EXPANSION #70. 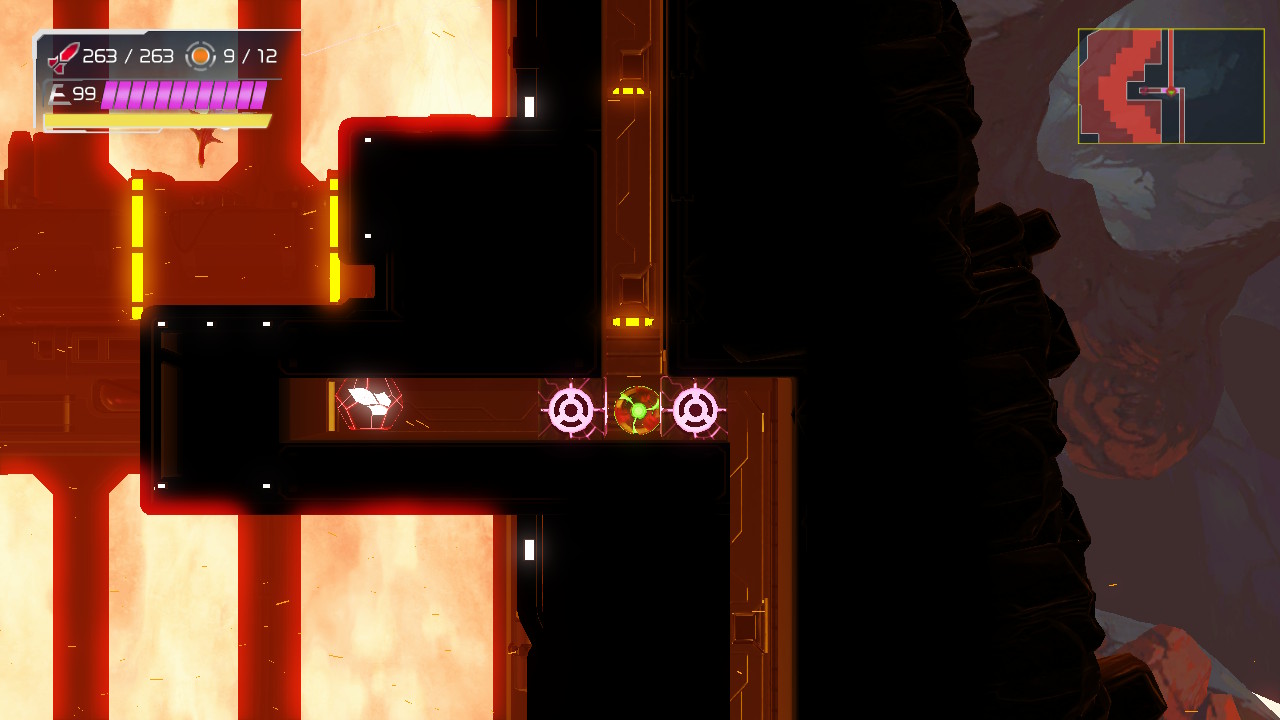 Across from where Missile Expansion #70 was sitting is a wall that can be blown up. Make your way all the way up until you come to a room with a Wide Beam Box and some pillars. Shoot the Wide Beam Box out of the way, bomb the floor, and shoot the left wall to grab MISSILE EXPANSION #71. 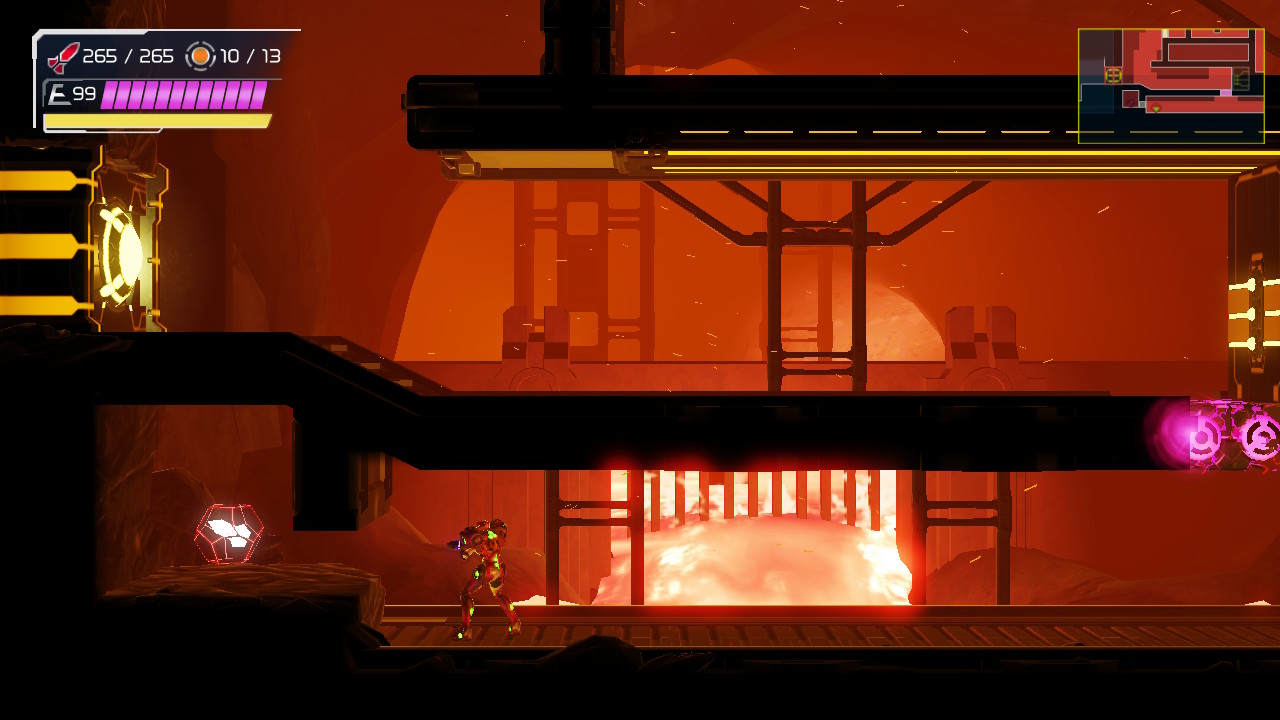 Head to the room that connects to the Dairon elevator (you should see this area flashing white). Get beside the used Wide Beam Box and start Speed Boosting. Charge your Shinespark and jump up to the slope above you. Release your Shinespark and quickly charge it again as you start to run. Jump up to the top and Shinespark straight up into the higher part of the ceiling. You’ll go crashing into MISSILE EXPANSION #72. See Shinespark Puzzles for video! 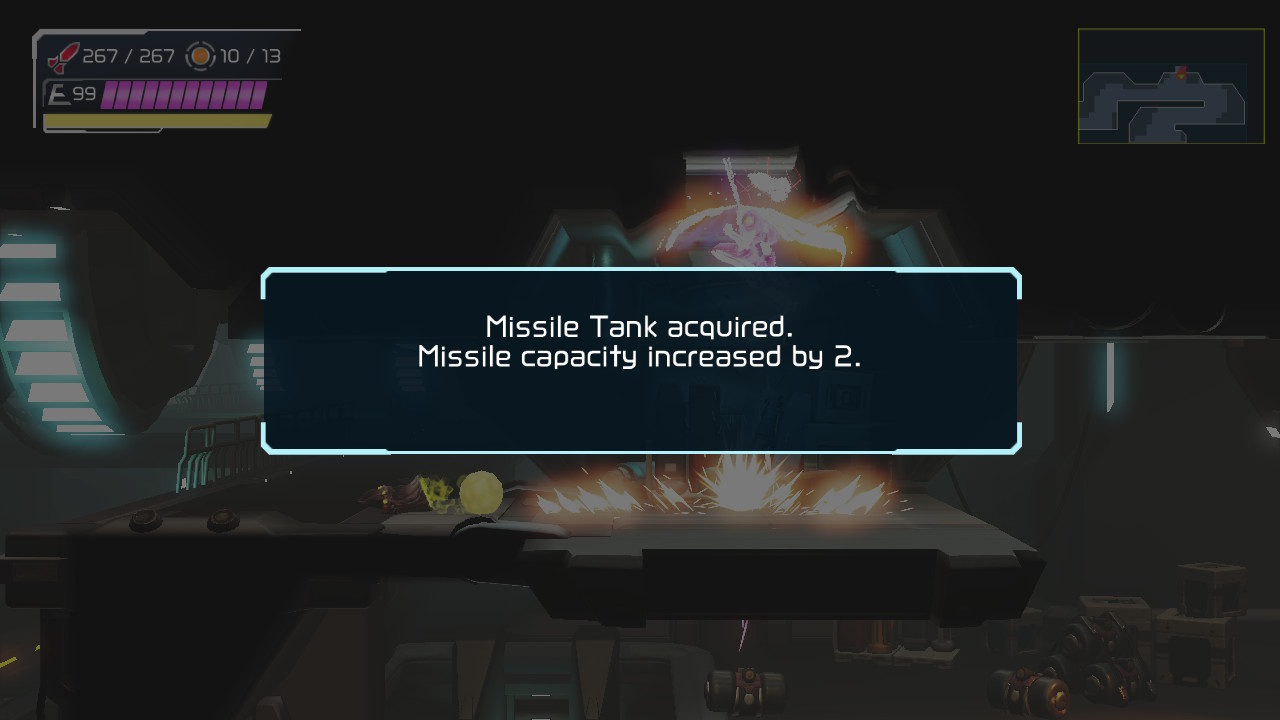 Roll through the rest of the tunnel to the left and position yourself in the room immediately above the Red Teleportal Station (it’s in the same square in the map). Right beneath the diagonal spider rail is a tumor; shoot it and head into this room. Immediately drop into the lava and get yourself to the far left wall. Shoot the bricks in front of you and start Speed Boosting. Almost as soon as you trigger your Boost, you’ll need to slide under some pillars sticking down. Pull off the slide and you’ll go crashing into MISSILE EXPANSION #73. 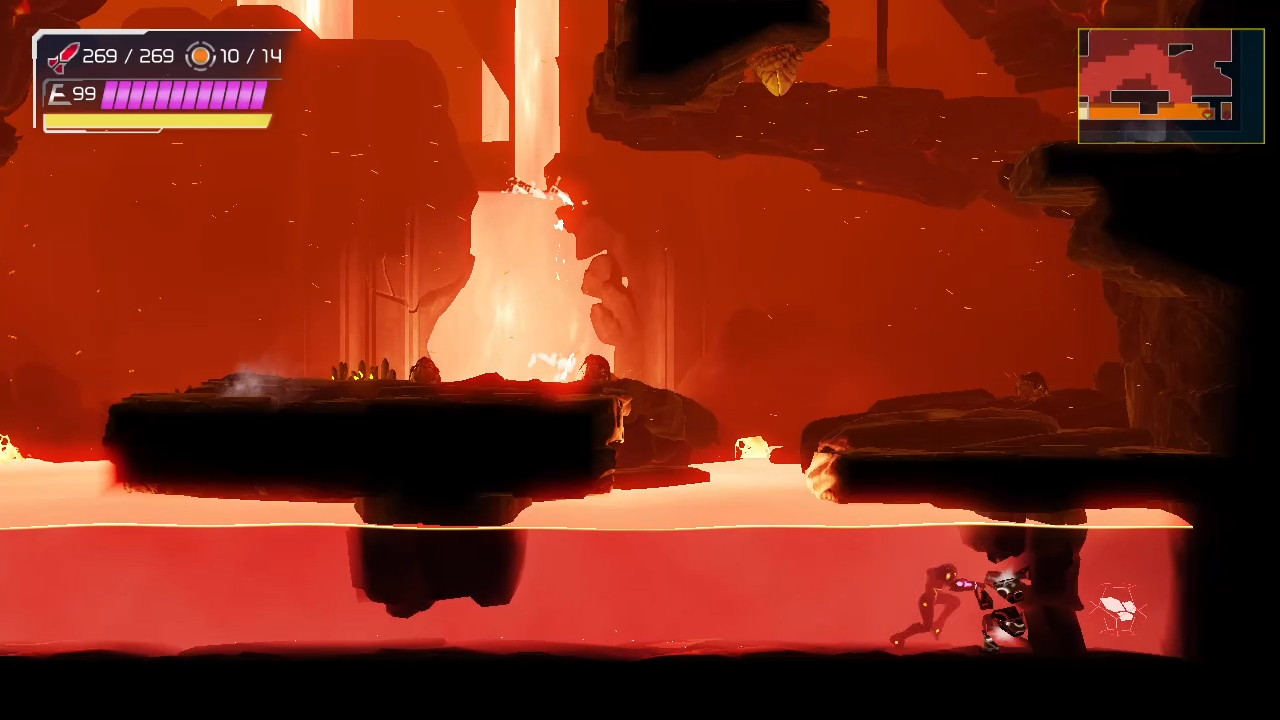 From the Orange Teleportal Station, roll through the tunnel directly beside it and then jump straight up to grab MISSILE EXPANSION #74. 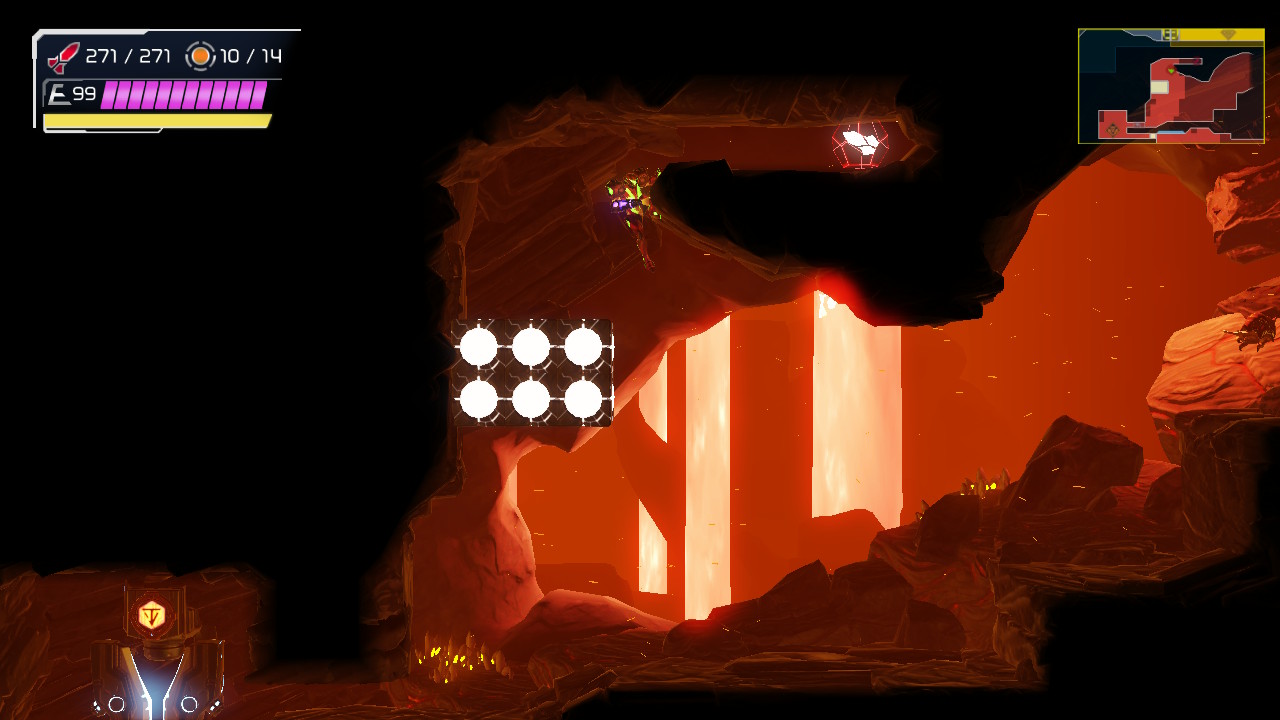