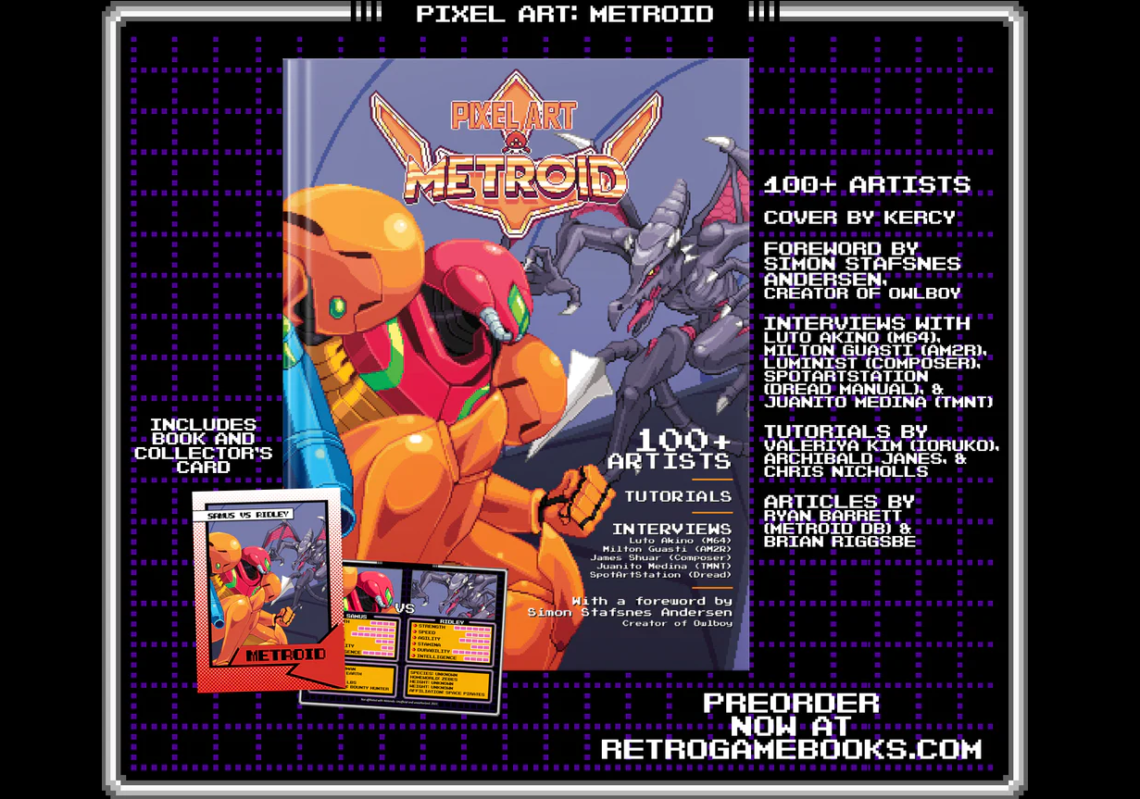 One thing that I’ve always wished Nintendo produced a bit more of with peripheral add-on material for their games that was just available to freely purchase, and not tied to any pre-orders to limited time offers. Beyond amiibo and the games themselves, there’s often not much in the way of collectables for super fans like myself, but as we saw earlier this year with the fan-made Metroid Dread manual, when there is a void, passionate fans will step in to fill it, and that’s exactly what Brian Riggsbee has done.

Riggsbee, the creator of RetroGameBooks.com, has announced that pre-orders for his upcoming book “Pixel Art Metroid” are officially live on his website, which you can check out here. Pixel Art Metroid will feature interviews, written articles, tutorials, and of course, original artwork, with over 100 different artists involved, including some friends of Omega Metroid like Luto Akino (Metroid 64), Milton Guasti (AM2R), SpotArtStation (Metroid Dread manual), and Infinity’s End (Metroid Database). Not only that, but the book comes with a collectable trading card as well!

Pre-orders are live now, with a release date expected for January 2023, and will set you back $25 USD. Pixel Art Metroid isn’t the only book available from Retro Game Books either; The Complete History of Rygar and Video Game Maps: NES & Famicon are also great visual reads as well.

Will you be grabbing Pixel Art Metroid? Let us know in the comments below! 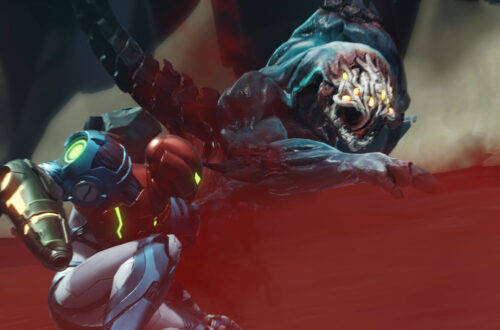 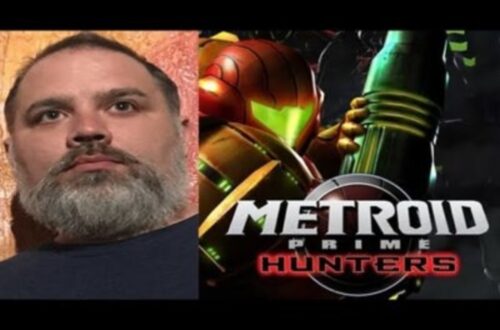 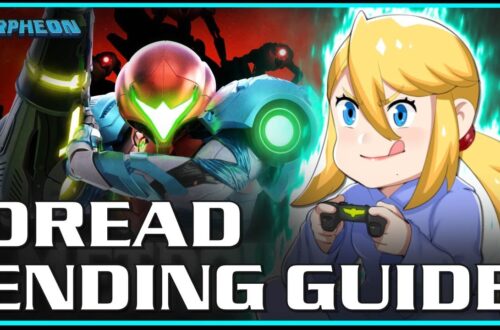 Learn How to Sequence Break in Metroid Dread