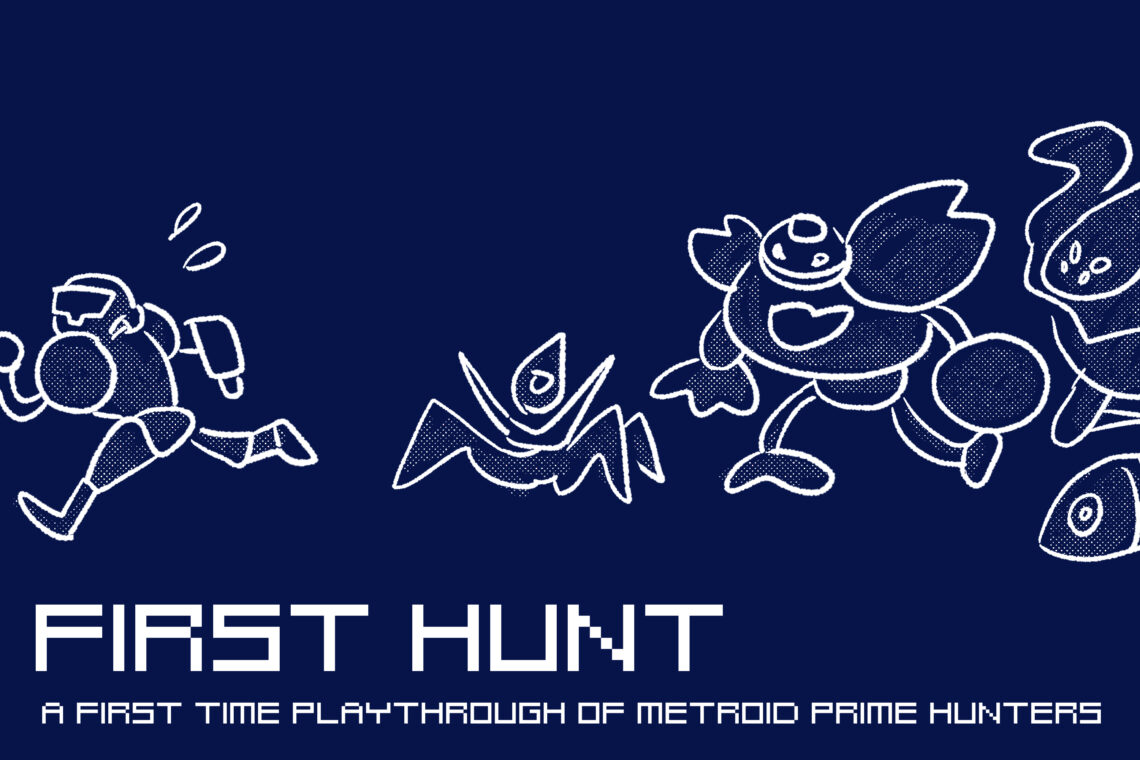 Metroid Prime Hunters has always been relatively under my radar when it comes to Metroid games. That is to say, I didn’t know it existed until 2021! Surprising, since the game sold quite well and has a passionate fanbase. So when I saw the game at a garage sale, I picked it up and decided to try it out. I quickly found that I was unable to get out of the first room, due to my incompetence at first person shooters.

I decided that Hunters shouldn’t be my first FPS game and decided to try Doom Eternal instead. Now that I’m (slightly) more confident in first person shooters, it’s time to go on the hunt!

One thing that becomes very apparent from the moment the game is turned on is how good it looks and sounds. Most Metroid title screens are dark and ominous, but Hunters takes a very different tone, with a very chill soundtrack and cutscenes that show off our main characters’ personalities.

The developers pushed the DS hardware to its absolute limit, and it shows. Hunters is essentially a Metroid Prime game, but on a handheld system. Features like scanning and strafing are neatly compacted onto the hardware, along with the classic morph ball and missile.

While the story is packed between the first two Prime games, Hunters introduces a lot of new, interesting characters and set pieces. I actually bought the official Nintendo Power guide so I could learn more (and to help me when I got stuck on the boss fights). 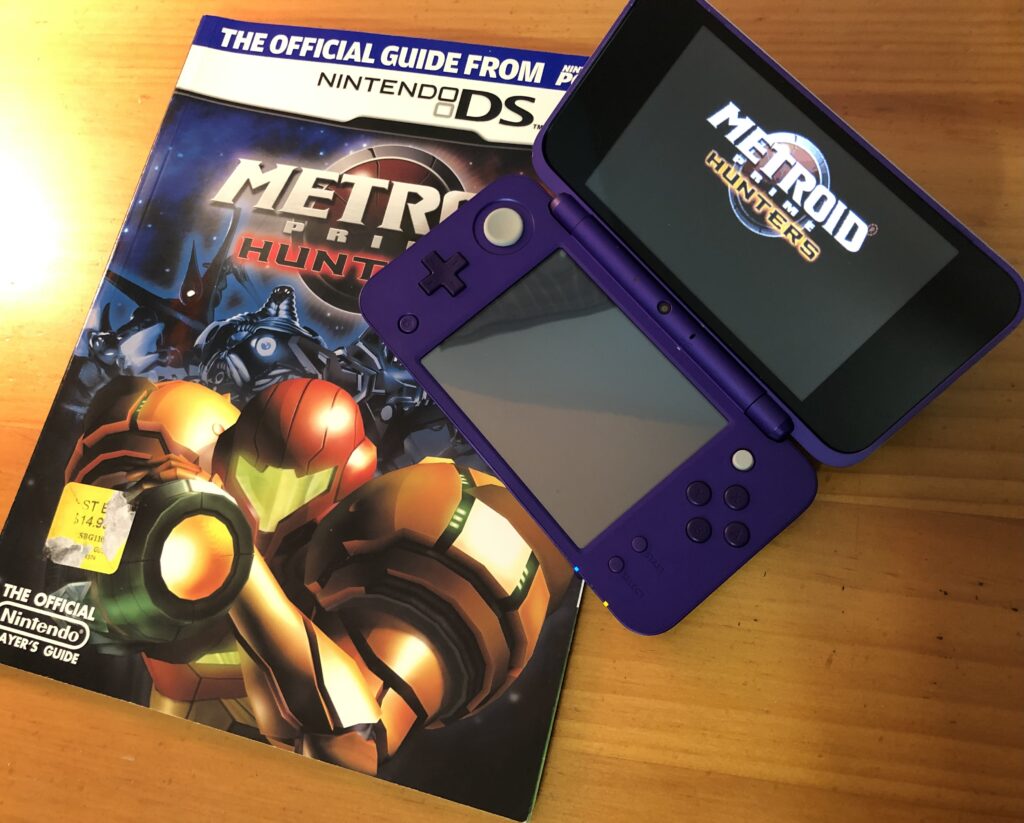 Instead of the usual distress signal, Samus receives a contract from the Galactic Federation about a mysterious message they’ve received.

“The secret to ultimate power resides in the Alimbic Cluster…”

Samus arrives at the Celestial Archives, and I’m finally able to progress in the game past the first room. Ignoring the hand cramp slowly creeping into my left hand, I help Samus make her way deeper into the Archives. And then-

After a tense fight with Kanden, the real meat and potatoes of the story comes into play.  In order to be able to access the ultimate power, Samus has to collect all the Octoliths to unlock the Alimbic Cannon. So off to other worlds to collect the Octoliths!

Like in Metroid Prime 3, Hunters features multiple planets to explore, each with their own unique theming. As Samus chases down the Octoliths, she encounters other Bounty Hunters, who attempt to defeat her and steal her Octoliths.

Getting into the gameplay, I found that the control scheme was equal parts genius and infuriating. The brilliant part is that the developers made four unique control schemes, and were able to accommodate right and left handedness. This opened up the game to many more people to be able to play not only the campaign, but also the multiplayer.

The problem with the control scheme is that the human hand (or at least mine) is not built to hold the console in such a position for long stretches of time. I was forced to take constant breaks to give my left hand a chance to regain feeling in it, and it would affect my gameplay as well (I would start moving forward instead of shooting or vice versa).

The gameplay loop of “go to new planet, explore, fight a new bounty hunter, fight boss, escape sequence” got a little repetitive. But the uniqueness of each world, hunter, and boss fight made that loop feel much less stale than I was expecting.

Fights with the various hunters are unique, but if you’re constantly trying to get your Octoliths back from them, the fights can go from exciting to slightly more tedious. This is probably more of a “me” problem than anything else. 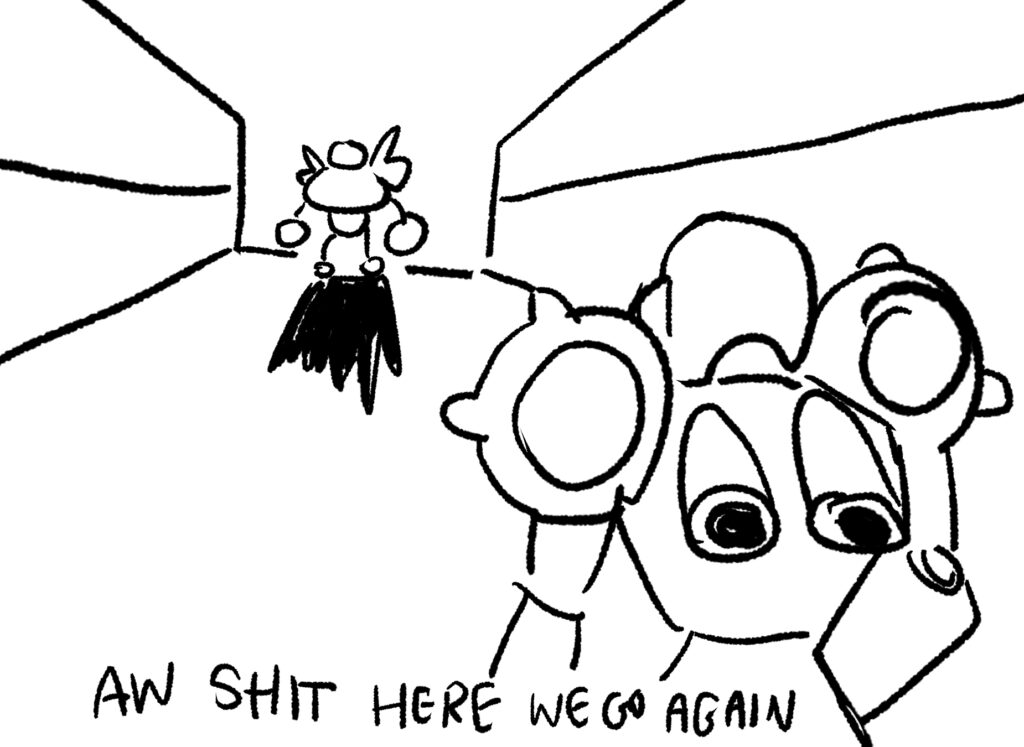 Instead of save stations, there are automatic checkpoints throughout the campaign. This made the game feel slightly less “Metroid-y,” but it helped the gameplay feel more streamlined. Plus, with the generous checkpoints, it helped me (a player not super confident with FPS games) progress.

After finally collecting all the Octoliths, Samus returns to Alinos and gains access to the Oubliette. I had been scanning various Alimbic structures throughout the campaign and had been hearing about something called “Gorea,” which seems eerily familiar to Metroid Prime itself. Samus arrives at the Oubliette only to see the other hunters get absorbed by a giant…thing. 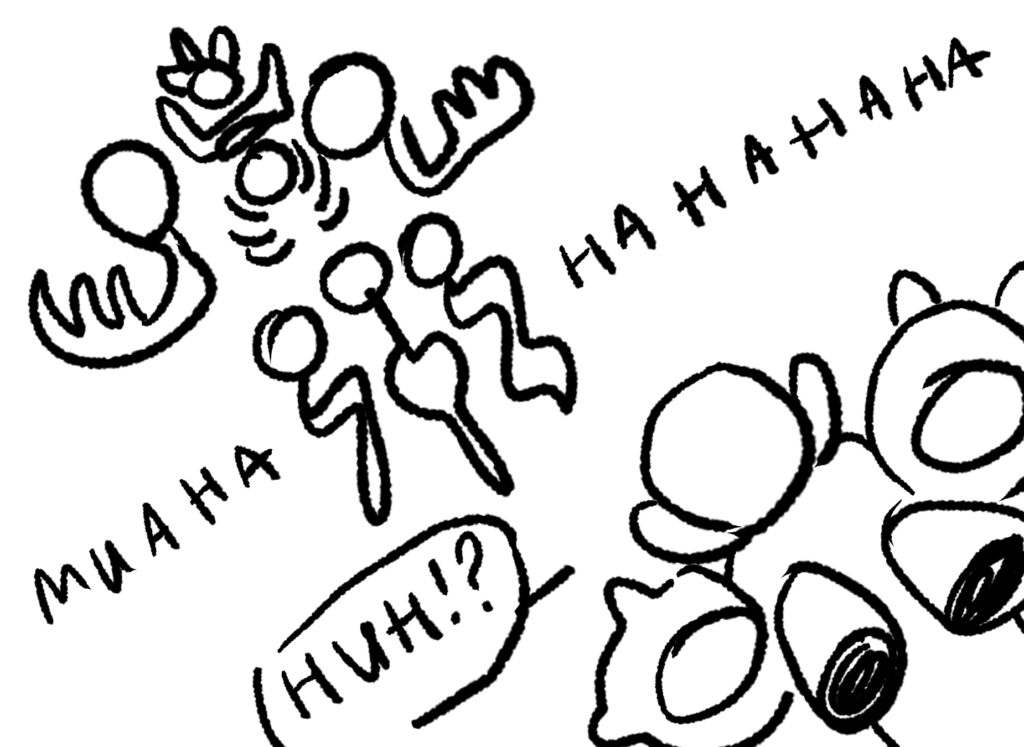 I, being the intrepid Bounty Hunter that I am, proceeded to beat up Gorea, only to get the bad ending in the game! I had to look up what I did wrong, because I was completely confused. No other Metroid game (before or after) has, to my knowledge, a “Good” or “Bad” ending.

Turns out, you have to shoot the colored panels on the wall with a specific weapon in a specific order. Maybe I’m just clueless, but crucial information like that maybe should have been telegraphed a little bit better.

After shooting the colored panels and defeating Gorea’s first phase, it turns out there’s a second phase. And there’s only one weapon capable of defeating Gorea: the Omega Cannon! Wonder if Metroid Dread’s Omega Cannon is an homage to this.

After defeating Gorea, we get thanked by the spirits of the Alimbics, and are treated to one of the best depictions of Zero Suit Samus (that hair is utterly flawless for 2006!). 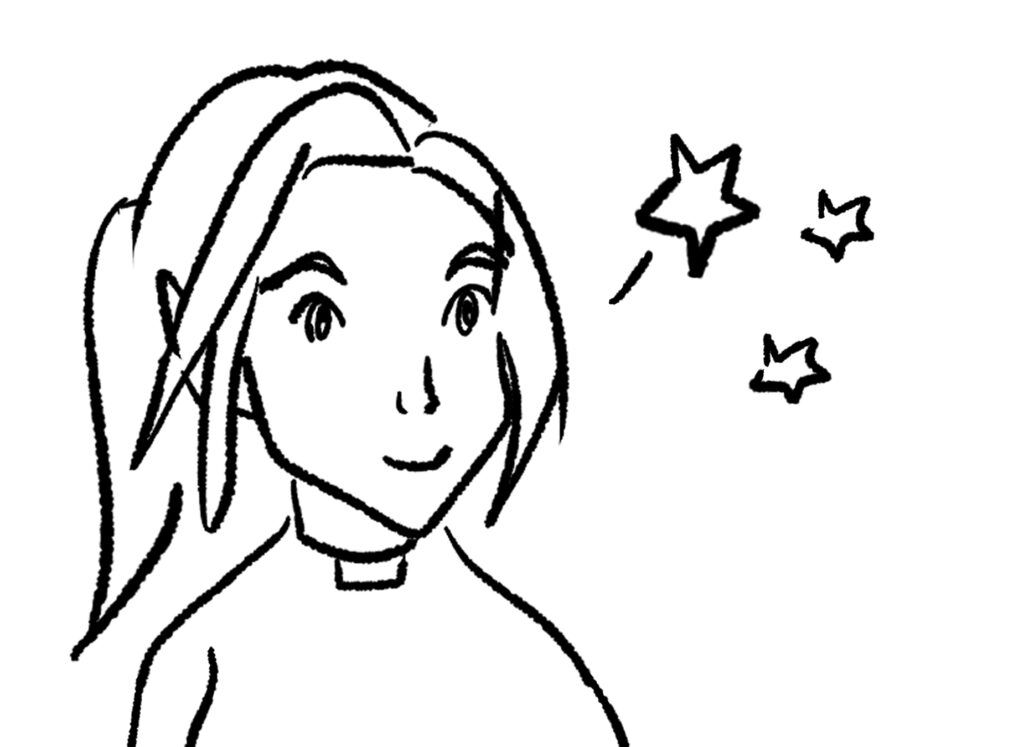 So what are my overall impressions of Metroid Prime Hunters? I would say that it’s a neat little package on the system it was made for. Obviously, there are some limitations graphically, but that’s mostly to do with the DS hardware. The control scheme can be awkward for long stretches of time, but the fact that there are multiple options makes it unique for Nintendo in general.

The characters and story are just far too interesting to be locked onto a game from 2006. There’s so much potential with the other hunters and their stories, and how they can help expand the Metroid series beyond what we already have. With Sylux heavily implied to be a major antagonist in Metroid Prime 4, it’s time to bring the other hunters back as well! 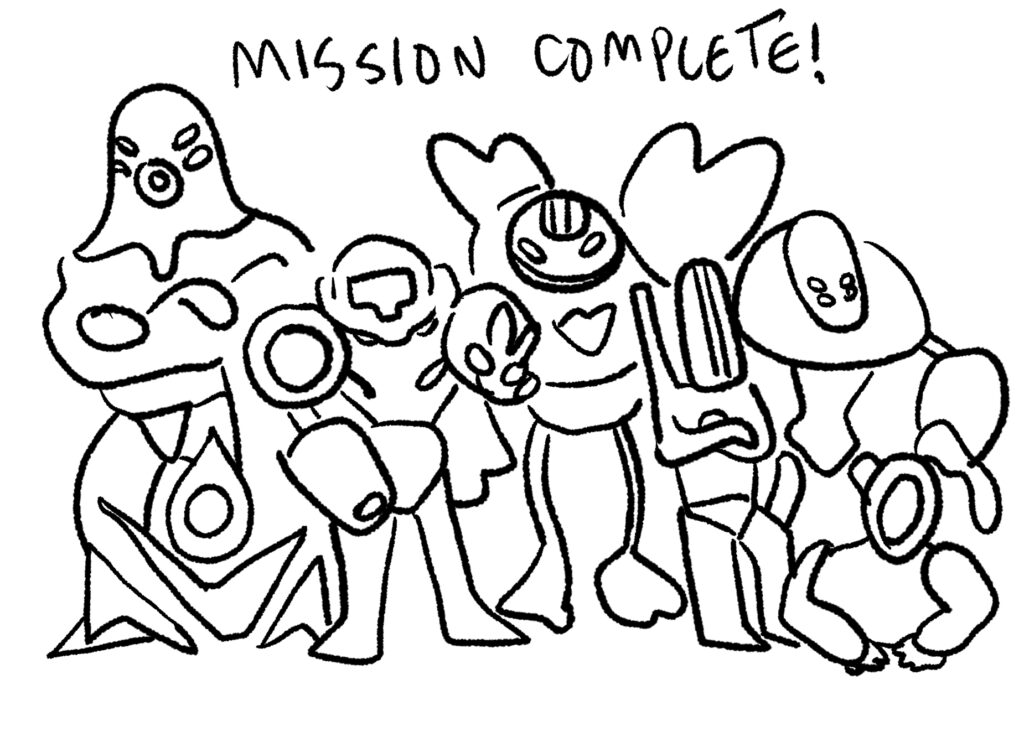 What are your thoughts on Metroid Prime Hunters? Have you played the game? Who is your favorite Bounty Hunter? And should I attempt to try out the multiplayer? 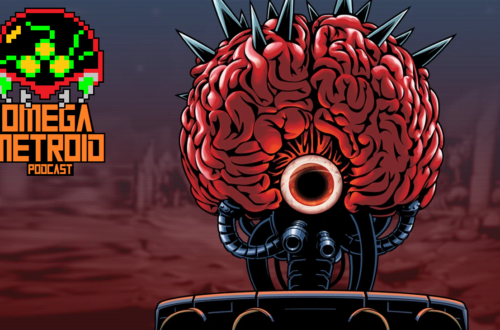 Episode 48: Is Mother Brain a GOOD GUY? And Other Metroid Theories Examined! 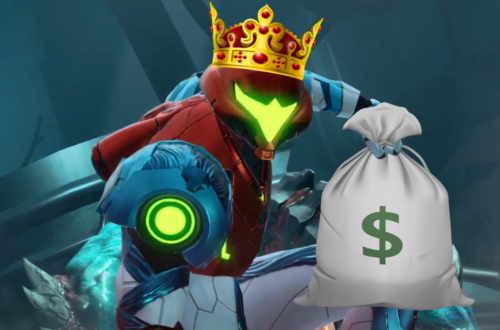 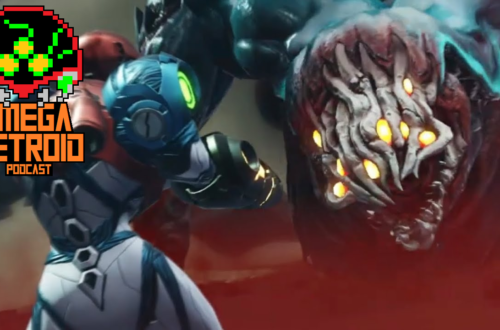