How to do it: Speed Boost until you are blue, and then press down on the control pad. Samus will blink for a few seconds. At this time, press the jump button to launch yourself straight upwards. Conversely, you can also launch yourself to the right or left by pressing the direction and then jump. Every moment spent Shinesparking damages you!

Usefulness: Extremely. Master this, for there are several powerups that are unobtainable without the proper usage of Shinesparking.

How to do it: Jump towards a wall, making sure that Samus is spinning in the air. When you connect with the wall, immediately press the opposite direction of the wall you touched and Samus will launch herself in that direction. You have to press firmly either to the right or left – if you’re too soft or pressing more on the up button than the direction button, you’ll fall. This is an extremely useful technique since you can wall jump back towards the same wall you launched yourself off, only higher.

Usefulness: Extremely, particularly wall jumping up a single wall to get to higher places. This is a technique that is strongly suggested for this walkthrough, so make sure you practice it. The key will be mastering the wall jump and landing on the same wall you jumped off, only higher.

How to do it: This one is tricky. First off, your reserve tanks have to empty, and you’ll need to have less than 50 health left. Additionally, this will cost you 10 Missiles, 10 Super Missiles, and 11 power bombs, so make sure you have at least that many Missiles and bombs left. If you’ve met all the criteria, lay a power bomb and then hold L, R, down and fire while in Morph Ball form. Keep holding until you see the Crystal Flash activated. If done correctly, Samus will be surrounded in a ball of light, and have her energy fully restored.

Usefulness: not very useful at all, except in certain advanced speed runs of Super Metroid. Think of this as a Hail Mary throw – it’s nice that it exists, but if you’re following the guide and playing right, you’ll never need to use this.

How to do it: De-select every beam except for the Charge Beam and one other. Charge up your arm cannon and select your power bombs. Depending on what beam combo you’ve selected, you’ll either see six beams shoot straight up (Spazer), four purple orbs that shoot diagonally around Samus (Wave), four ice crystals that rotate around Samus (Ice), or four green orbs that again shoot out from around Samus (Plasma).

Usefulness: Not overly useful considering you’ll need to deactivate all your other beams, but the effects are pretty cool.

How to do it: Charge up your arm cannon, and while charged, drop into Morph Ball form. Samus will pay 5 regular bombs.

Usefulness: This can be a useful trick if surrounded by any kind of enemies that cling on to Samus, but overall, not overly useful. 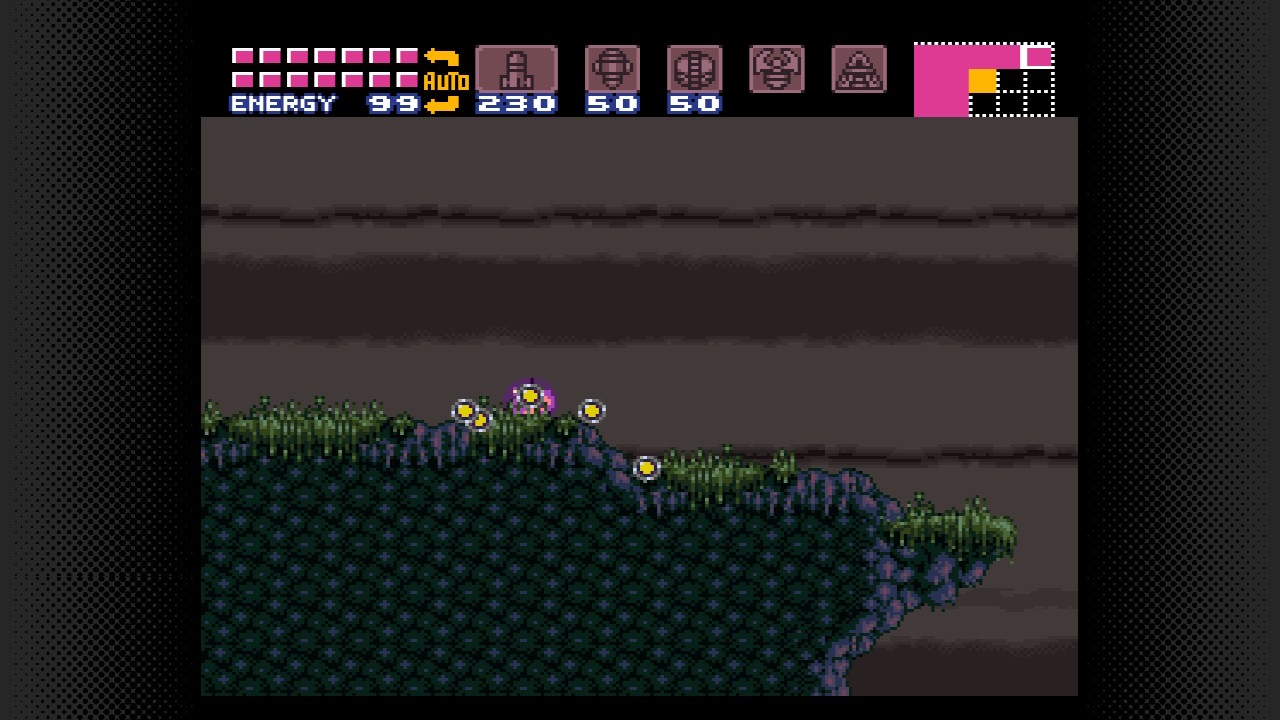